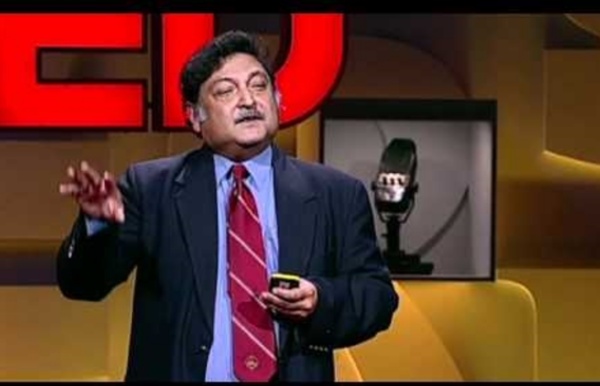 Are TIME's Person of the Year The "Great Man" theory of history is usually attributed to the Scottish philosopher Thomas Carlyle, who wrote that "the history of the world is but the biography of great men." He believed that it is the few, the powerful and the famous who shape our collective destiny as a species. That theory took a serious beating this year. To be sure, there are individuals we could blame for the many painful and disturbing things that happened in 2006.

See the Amazing Connections Between All TED Talks Like watching TED talks? You're not alone. Every month the intriguing series of 15-minutes-or-less talks from experts get another 60 million views. Since 2006, when the nonprofit-owned TED organization started putting its talks online, they've garnered a grand total of 1.1 billion views. That's not just a great educational resource; it's a tremendous data set for researchers. Real-Time Language Translation With UK Developer’s Own Google-esque Augmented Reality Glasses Real-time translation between an English and Spanish speaker is possible with DIY augmented reality glasses. Think that only the giant Google can make next generation augmented-reality glasses? Think again. A UK developer who has been hacking together his own Project Glass has now expanded its functionality to make a real-time speech translator.

Memoto Lifelogging Camera by Memoto Thank you all backers! Thanks to you, the Memoto Lifelogging Camera was successfully funded! This Kickstarter page will be frozen on November 30, 2012. To follow our journey ahead, follow us on Twitter (@memototeam) and on Facebook (fb.com/Memotocompany). The Cloud Will Expand Human Brain Capacity: Kurzweil Futurist and author Ray Kurzweil predicts the cloud will eventually do more than store our emails or feed us streaming movies on demand: it’s going to help expand our brain capacity beyond its current limits. In a question-and-answer session following a speech to the DEMO technology conference in Santa Clara, California last week, Kurzweil described the human brain as impressive but limited in its capacity to hold information. “By the time we’re even 20, we’ve filled it up,” he said, adding that the only way to add information after that point is to “repurpose our neocortex to learn something new.”

How the Battle of Asakai Became One of the Largest Space Battles in Video Game History I was there. I was there and it was horrible. The game's developers have taken this unholy, all consuming black nightmare and turned it into a PR triumph, but let me tell you my perspective on Asakai. MOOC Brigade: Will Massive, Open Online Courses Revolutionize Higher Education? Correction Appended: Sept. 5, 2012 MOOC may be a silly-sounding acronym, but this new breed of online classes is shaking up the higher education world in ways that could be good for cash-strapped students and terrible for cash-strapped colleges. Taking a class online might not sound revolutionary—after all, in the fall of 2010, 6.1 million students were enrolled in at least one online course. But those classes were pretty similar to the bricks-and-mortar kind, in that students paid fees to enroll in classes taught and graded by a professor and some teaching assistants.

The New Sharing Economy Technology is connecting individuals to information, other people, and physical things in ever-more efficient and intelligent ways. It’s changing how we consume, socialize, mobilize— ultimately, how we live and function together as a society. In a global economy where the means of production are becoming increasingly decentralized, where access is more practical than ownership, what do the successful businesses of the future need to know?

How the Boston Marathon tragedy revealed the best side of social media I won't doubt that social media helps law enforcement/first responders disseminate news at a much faster rate, or giving people the chance to find shelter for the night as things get sorted out. What kind of disgusts me was the fact that (according to my coworkers), people were posting pictures of the scene up on outlets like instagram in a way that's not so much, "tell everyone to get away from the scene, scene is not safe" and more "zomg guyz shit's goin' down! - oh by the way, it's really messed up - BUT IT'S GOIN' DOWN YO!" Someone I know on Facebook was recirculating a picture of a victim being escorted off the course by wheelchair, accompanied by a sappy paragraph. It made me uneasy as a person who is not normally squeamish about blood. It's disturbing to live in a society where sharing images like that, under the ploy of gathering more sympathy and raising awareness, is common place.

How To: Make Incredible Chocolate Mousse in Five Minutes, with Only Two Ingredients » Man Made DIY I'm not a huge dessert guy. I mean, I like sweets as much as anyone, but I don't crave them often, and would much rather waste the calories on salty, savory foods than baked goods. Well, except for one thing: pudding. Well, doughnuts, too, but those aren't really desserts. But pudding, mousses, chantilly creams, custards, and other whipped and airy delicious sauces in a bowl?