How Each Myers-Briggs® Type Reacts to Stress (and How to Help!) - Psychology Junkie. Have you ever become so stressed out that you feel out of control? 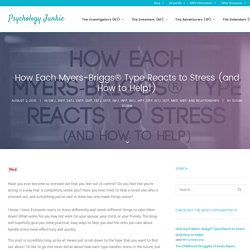 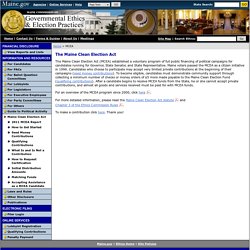 Maine voters passed the MCEA as a citizen initiative in 1996. Candidates who choose to participate may accept very limited private contributions at the beginning of their campaigns (seed money contributions). To become eligible, candidates must demonstrate community support through collecting a minimum number of checks or money orders of $5 more made payable to the Maine Clean Election Fund (qualifying contributions). After a candidate begins to receive MCEA funds from the State, he or she cannot accept private contributions, and almost all goods and services received must be paid for with MCEA funds. Calling Bullshit on the Internet's Right-Wing Gun Memes. A week ago the pro-gun Facebook page Cold Dead Hands posted a link to news about another tragic mass shooting, this time at a community college in Roseburg, Oregon. 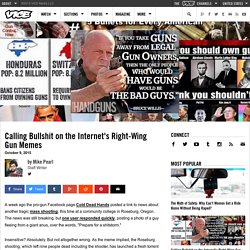 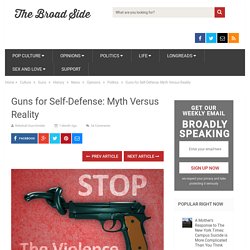 If you are a gun safety proponent you are probably already familiar with the no-defunct Joe Nocera Gun Report in the New York Times. It was a summary of news stories from around the country detailing gun injuries and deaths. It was…long. Every day until last June, there were multiple reports. Crimes, for certain. The National Rifle Association would have us believe that the solution to gun violence is more guns. According to the NRA website The Armed Citizen, “Studies indicate that firearms are used over two million times a year for personal protection, and that the presence of a firearm, without a shot being fired, prevents crime in many instances.” 6 Things I Wish I Had Never Told My Children  My oldest son just graduated high school and is now embarking on the next leg of his journey that will bring him closer to real life. 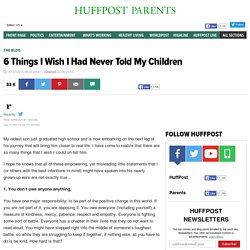 I have come to realize that there are so many things that I wish I could un-tell him. I hope he knows that all of these empowering, yet misleading little statements that I (or others with the best intentions in mind) might have spoken into his nearly grown-up ears are not exactly true... 1. The man who swears by popular science - Times Online. What words ought one to use to describe Steven Pinker, the language guru, cognitive scientist and bestselling author, judged by Time magazine to be one of the world’s 100 most influential people? 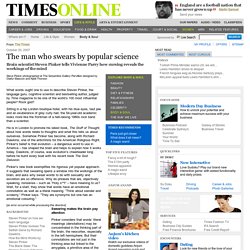 Rock god? Yes, Your Opinion Can Be Wrong. Destructive Escalation. What is Conflict Escalation? 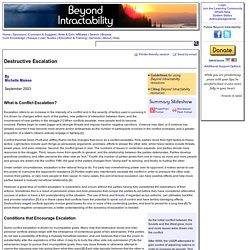 10 Comics That Shut Down Terrible Internet Arguments. #2 is actually terrible. 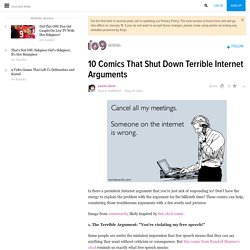 It asserts that 1) the gull is laughing at the problem of the other gulls picking on the ... rabbit? Rat? 2) collective guilt is therefore acceptable.

Sorry, The Presidential Salute Isn't A Real Thing. Barack Obama, the 44th president of the United States, flew to New York City today to speak to the United Nations about a range of issues from climate change to the war he just started against ISIS militants in Syria. 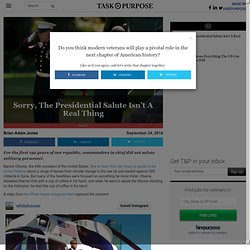 But many of the headlines were focused on something far more trivial. Obama debarked Marine One with a cup of coffee in his hand, and when he went to salute the Marine standing by the helicopter, he kept the cup of coffee in his hand. A video from the White House Instagram feed captured the moment: The internet lost its mind, especially the Marine Corps community, responding to perceived disrespect from the president. ABC News wrote a report calling it the “latte salute.” Writing for former tea-party congressman Allen West’s website, Michele Hickford, the site’s editor-in-chief [ed. note: shouldn’t that be Allen West?] – Analysis: Over Half of All Statements Made on Fox News Are False. A new analysis by PunditFact found that of every statement made by a Fox News host or guest, over half of them were flat-out false. 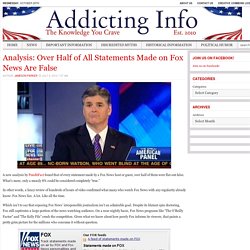 What’s more, only a measly 8% could be considered completely “true.” In other words, a fancy review of hundreds of hours of video confirmed what many who watch Fox News with any regularity already know: Fox News lies. Bringing Body Love Into Dance Class: A New Way of Teaching  Stand up straight. Pull your belly button in and up. Your stomach is sticking out. Emails Only, Please: 10 Reasons Phone Calls Are A Waste of Time. Solar Roadways passes $1.4 million in crowdfunding: Just short of the $56 trillion required, but not bad for a crazy idea. Over the weekend, the Solar Roadways project on Indiegogo reached its target of $1 million. At the time of publishing, that figure is now north of $1.4 million, with five days left to go. Why Do People Persist in Believing Things That Just Aren't True? Last month, Brendan Nyhan, a professor of political science at Dartmouth, published the results of a study that he and a team of pediatricians and political scientists had been working on for three years.

The result was dramatic: a whole lot of nothing. Top 10 ways to ensure your best people will quit. Here are 10 ways to guarantee that your best people will quit: 10. Treat everyone equally. 20 THINGS TO START DOING IN YOUR RELATIONSHIPS - Buddhist Things. Family isn’t always blood. The Only Six Words Parents Need to Say to Their Kids About Sports—Or Any Performance. It’s definitely, probably, partly…me. Neil deGrasse Tyson Is Really Starting To Scare Conservatives. By Amanda MarcotteTuesday, March 18, 2014 11:10 EDT. Renewable Energy in North Dakota. The wind energy industry has already created more than 1,000 manufacturing jobs in North Dakota With its cold winters and energy-intensive industrial economy, North Dakota consumes more energy per person than most other states in the nation.

Each year, North Dakotans shell out $4.47 billion on petroleum products, natural gas and coal– an average of nearly $6,700 per person.[1], [2] While the state produces much of its own coal, as well as some natural gas and oil, the majority of that money leaves the state. However, North Dakota’s vast areas of fertile land, strong, steady winds, and a stable and productive workforce give the state potential to become a national leader in producing clean energy. North Dakota is already a major wind producer, generating 12 percent of its energy from wind in 2010.[3] Wind Energy. How Deadly Is Your Kilowatt? We Rank The Killer Energy Sources. A Neuroscientist Has Developed an App That Gives You Superhuman Vision After Repeated Use.

Thou shalt not commit logical fallacies. Advice & Thoughts On Grief (From the Comments) Document: The Symbolism Survey, Sarah Funke Butler.