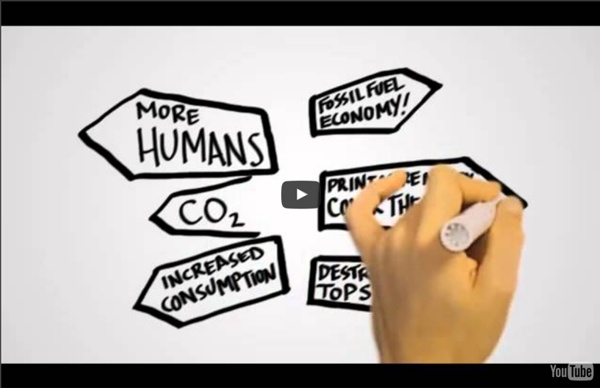 Welcome, Robot Overlords. Please Don't Fire Us? Smart machines probably won't kill us all—but they'll definitely take our jobs, and sooner than you think. Illustrations by Roberto Parada This is a story about the future. Not the unhappy future, the one where climate change turns the planet into a cinder or we all die in a global nuclear war. This is the happy version. The result is paradise. Maybe you think I'm pulling your leg here. But they're not. What do we do over the next few decades as robots become steadily more capable and steadily begin taking away all our jobs? Suppose it's 1940 and Lake Michigan has (somehow) been emptied. By 1950, you have added around a gallon of water. At this point it's been 30 years, and even though 16,000 gallons is a fair amount of water, it's nothing compared to the size of Lake Michigan. So let's skip all the way ahead to 2000. But wait. IF YOU HAVE ANY KIND OF BACKGROUND in computers, you've already figured out that I didn't pick these numbers out of a hat. And that's exactly where we are.

Future Shock Term[edit] Toffler argued that society is undergoing an enormous structural change, a revolution from an industrial society to a "super-industrial society". This change overwhelms people. He believed the accelerated rate of technological and social change left people disconnected and suffering from "shattering stress and disorientation"—future shocked. In the introduction to an essay entitled "Future Shlock" in his book, Conscientious Objections, Neil Postman wrote: "Sometime about the middle of 1963, my colleague Charles Weingartner and I delivered in tandem an address to the National Council of Teachers of English. Development of society and production[edit] Alvin Toffler distinguished three stages in development of society and production: Agrarian, Industrial and Post-industrial. The first stage began in the period of the Neolithic Era when people invented agriculture therefore people passed from barbarity to a civilization. Fear of the future[edit] A generic, disposable lighter.

Sci-Fi-Nano-Future-Blog By examining decades’ worth of stored bacteria samples, researchers have determined how a benign organism evolved into a deadly pathogen that causes necrotizing fasciitis, commonly known as flesh-eating bacteria disease. Using genetic sequences from more than 3,600 strains of bacteria, scientists were able to see that it took only four steps to create the unusual microbe that spreads rapidly and destroys the body’s soft tissue. Their report was published Monday in the Proceedings of the National Academy of Sciences. Necrotizing fasciitis is caused by several types of bacteria, most commonly group A Streptococcus. (See images of Streptococcus and other microbes in the “Small, Small World” photo gallery.) An international group of researchers sequenced the genomes of group A strep bacteria in samples that had been collected from as early as the 1920s. A Long Search for Answers Jacqueline Roemmele was one such unlucky person. The new discovery “is very exciting,” Roemmele said.

L'Observatoire des Tendances World's first lab-grown burger is eaten in London 5 August 2013Last updated at 15:50 ET Food critics give their verdict on the burger's taste and texture The world's first lab-grown burger has been cooked and eaten at a news conference in London. Scientists took cells from a cow and, at an institute in the Netherlands, turned them into strips of muscle that they combined to make a patty. One food expert said it was "close to meat, but not that juicy" and another said it tasted like a real burger. Researchers say the technology could be a sustainable way of meeting what they say is a growing demand for meat. The burger was cooked by chef Richard McGeown, from Cornwall, and tasted by food critics Hanni Ruetzler and Josh Schonwald. Continue reading the main story Analysis Pallab GhoshScience correspondent, BBC News The world's population is continuing to increase and an ever greater proportion want to eat meat. And then of course there is the taste. "This is meat to me. Food writer Mr Schonwald said: "The mouthfeel is like meat.

The Great Debate Contributors: Matt Ridley The Rational Optimist: How Prosperity Evolves Matt Ridley turns from investigating human nature to investigating human progress. In The Rational Optimist Ridley offers a counterblast to the prevailing pessimism of our age, and proves, however much we like to think to the contrary, that things are getting better. Over 10,000 years ago there were fewer than 10 million people on the planet. The availability of almost everything a person could want or need has been going erratically upwards for 10,000 years and has rapidly accelerated over the last 200 years: calories; vitamins; clean water; machines; privacy; the means to travel faster than we can run, and the ability to communicate over longer distances than we can shout. In this original, optimistic book, Matt Ridley puts forward his surprisingly simple answer to how humans progress, arguing that we progress when we trade and we only really trade productively when we trust each other. Francis Crick: Discoverer of the Genetic Code

Soybean Car World's first plastic car Plastic car frame patent 2,269,452 (February 13, 1942)[1] Soybean car frame patent, Fig. 2 The Soybean car, more recently referred to as the Hemp body car, was a car build with agricultural plastic and was fueled with hemp combustible (oil or ethanol)[citation needed]. Although the formula used to create the plasticized panels has been lost, it is conjectured that the first iteration of the body was made partially from soybeans and Hemp.[2][A][4] The body was lighter and therefore more fuel efficient than a normal metal body.[5] It was made by Henry Ford's auto company in Dearborn, Michigan, and was introduced to public view on August 13, 1941.[2] History[edit] Henry Ford first put Eugene Turenne Gregorie of his design department in charge of manufacturing. Because of World War II all US automobile production was curtailed considerably, and the plastic car experiment basically came to a halt. Reasoning for a plastic car[edit] Car ingredients[edit] Quotes[edit] [edit]

A smart-object recognition algorithm that doesn’t need humans (Credit: BYU Photo) BYU engineer Dah-Jye Lee has created an algorithm that can accurately identify objects in images or video sequences — without human calibration. “In most cases, people are in charge of deciding what features to focus on and they then write the algorithm based off that,” said Lee, a professor of electrical and computer engineering. Humans need not apply Not only is Lee’s genetic algorithm able to set its own parameters, but it also doesn’t need to be reset each time a new object is to be recognized — it learns them on its own. Lee likens the idea to teaching a child the difference between dogs and cats. Comparison with other object-recognition algorithms In a study published in the December issue of academic journal Pattern Recognition, Lee and his students demonstrate both the independent ability and accuracy of their “ECO features” genetic algorithm. Example images from the Caltech image datasets after being scaled and having color removed (credit: BYU Photo)

Knowledge Management and the Smarter Lawyer This glass sphere might revolutionize solar power on Earth German architect André Broessel, of Rawlemon, has looked into his crystal ball and seen the future of renewable energy. In this case it’s a spherical sun-tracking solar energy-generating globe — essentially a giant glass marble on a robotic steel frame. But this marble is no toy. It concentrates both sunlight and moonlight up to 10,000 times — making its solar harvesting capabilities 35 percent more efficient than conventional dual-axis photovoltaic designs. André Broessel was a finalist in the World Technology Network Award 2013 with the globe’s design and afterward produced this latest version, called Betaray, which can concentrate diffuse light such as that from a cloudy day. André Broessel’s latest invention looks like something out of a superhero movie. In reality, though, it’s a stand-alone solar energy generator. But Broessel’s invention may be more than just aesthetically pleasing. “We can squeeze more juice out of the sun,” Broessel says. Source: NewsDiscovery

Stand Up for Owners' Rights If you buy something, you can do with it—and do away with it—as you want. Right? The digital age is challenging this most basic of expectations in a few ways, and EFF and its allies are on the lookout. EFF has signed on to the Citizens' Petition for Ownership Rights, urging the U.S. government and the courts to protect our basic assumption that if you buy it, you own it, and can dispose of it as you please. The petition was prompted by Kirtsaeng v. In Kirtsaeng, the U.S. This decision gives copyright owners the ability to shut off markets for used copies, just by moving physical manufacturing abroad. The defendant (and EFF) asked the Supreme Court to review the case, and the Court agreed. Kirtsaeng is not the only threat to owners' rights, though. Unfortunately, several courts have ruled that this trick works. Let's tell the courts and Congress that if it looks like a sale and feels like a sale, it's a sale.

This solar panel printer can make 33 feet of solar cells per minute Whatever oil and gas true believers want to think, the world is doing this solar power thing. It’s getting cheaper and cheaper to make solar panels, and the panels are getting more and more effective. For example: A team in Australia just built a gigantic printer that spits out solar cells at a rate, Gizmodo reports, of about 33 feet every minute. It’s not even particularly complicated technology, according to the researchers. [The printer system] utilizes only existing printer technology to embed polymer solar cells (also known as organic or plastic solar cells) in thin sheets of plastic or steel at a rate of ten meters per minute. This particular type of cell isn’t the most efficient, but it’s the type that lends itself to uses where you need a little flexibility — solar windows, bags, or tents, for instances.