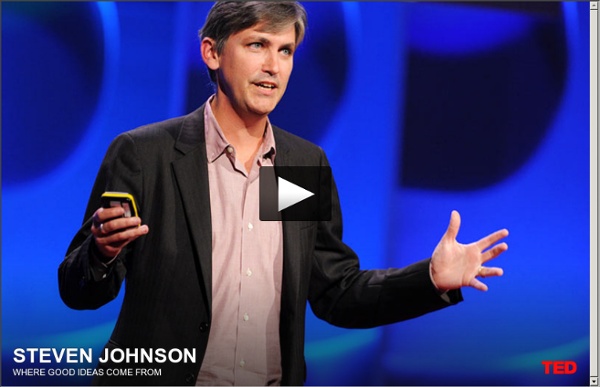 The hazards of binary thinking and poor scope definition I was talking recently with a client, who was describing a problem in their business. Due to new regulations, the client wasn't going to be able to charge fees on certain transactions, or the fees were going to be far lower. In response to this, a team was formed to consider how to respond. The inevitable response was - let's create new fees for other services. Toward a Civilization of Collective Intelligence "Toward a Civilization of Collective Intelligence" identifies the most important changes that have happened in our society. The slides introduce the necessity of a new language that can set a link between the machine process of cyberspace and the human collective intelligence, which is dynamic, in constant change and made in different languages, from different approaches. We need a language that represent the essence of Collective Intelligence as a Virtual World, understanding this term not only as a space where we can interact as avatars but as a global space that is formed by the human actions, their objects and interaction. 09 Ci CivilizationView more documents from gloriagdiago. source :

Wallwisher This was a point worth making. Ideas work better when out in the open air and they grow stale when left to stagnate. It's a very important point for corporate culture and for education. We need to do a better job in our educational teams. 5 ways to make it in a social media world The world is full of people trying to tweet, like and link their way to prosperity. Years from now, we'll all look back at how much time everyone wasted trying to get ahead with social media and think, that was a real "fools rush in" moment. In case you don't get the reference, it means this: nobody ever got anywhere by doing what everyone else is doing. Nobody. Rules of the Collaboratory Game If you’re a researcher studying schizophrenia, you can tap marvelous new tools such as functional magnetic resonance imaging and positron emission tomography. You can combine data from these devices for astonishingly powerful new views of how the brain works. What you can’t do is easily integrate data gathered by researchers outside your group. Enter the Biomedical Informatics Research Network, or BIRN. Funded by the National Institutes of Health, BIRN is a virtual collaboration project for biomedical big science.

Francis Heylighen Francis Paul Heylighen (born 1960) is a Belgian cyberneticist investigating the emergence and evolution of intelligent organization. He presently works as a research professor at the Vrije Universiteit Brussel, the Dutch-speaking Free University of Brussels, where he directs the transdisciplinary research group on "Evolution, Complexity and Cognition"[1][2] and the Global Brain Institute. He is best known for his work on the Principia Cybernetica Project, his model of the Internet as a Global brain, and his contributions to the theories of memetics and self-organization. Twitter: immediacy and collective intelligence When working on a Wikipedia entry just last week, I was confronted once again with the helplessness one might experience when the computer does not work properly or when the internet connection is down. Upon typing in the Wikipedia URL, nothing happened. I found myself staring at the blank page before me. What is one to do? I refreshed the page, still nothing happened.

wsesutech - Andy Try Wikispaces Classroom now. Brand new from Wikispaces. guest Join | Help | Sign In Facebook Launches New Metric: "People Talking About" Facebook has overhauled its Pages Insights analytics tool and added a new metric to gauge the health of a page: "People Talking About." That statistic, which users will see on Pages below the total number of "Likes," will be one of four tracked by Pages Insights. The idea is that users will understand a Page with a high People Talking About rating is one that has compelling content. Likewise, content creators will be motivated to make their Pages more comment-worthy. People Talking About (that might not be the final name for the metric; at press time, Facebook wasn't sure) will measure user-initiated activity related to a Page, including posting to a Page's Wall, "liking," commenting, sharing a Page post or content on the Page, answering a Question posed to fans, mentioning a Page, "liking" or sharing a deal or checking in at your Place. The other metrics, which are designed for administrators of brand and media Pages, include "Likes," "Friends of Fans" and "Weekly Total Reach."

Internet Comments and Civility You’re reading a story on the web and your eyes accidentally drift down to the comments. Within moments, lost in a sea of atrocious behavior and even worse grammar, your view of humanity clicks down another few notches. It’s an experience so common it’s spawned a mantra: Don’t Read The Comments. But why should this be so? The web is also filled with examples of altruism, kindness, and generosity. Douglas Engelbart In the early 1950s, he decided that instead of "having a steady job" (such as his position at NASA's Ames Research Center) he would focus on making the world a better place, especially through the use of computers. Engelbart was therefore a committed, vocal proponent of the development and use of computers and computer networks to help cope with the world’s increasingly urgent and complex problems. Engelbart embedded a set of organizing principles in his lab, which he termed "bootstrapping strategy". He designed the strategy to accelerate the rate of innovation of his lab.