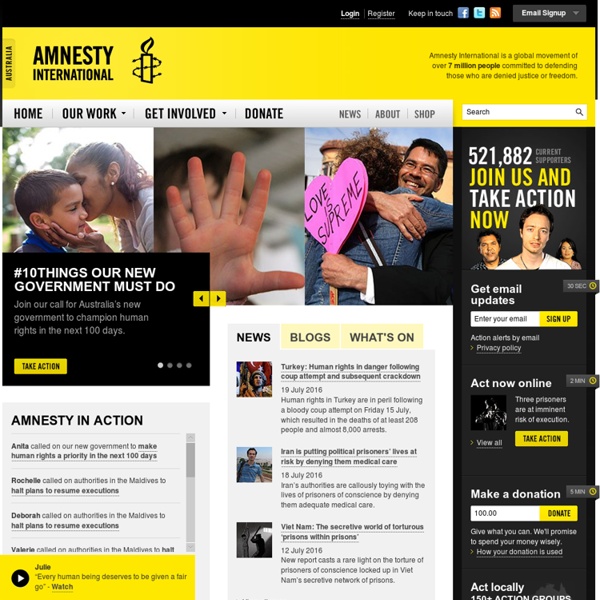 Médecins Sans Frontières Core documents outlining MSF's principles are the Charter,[5] the Chantilly Principles, and the later La Mancha Agreement.[6] Governance is addressed in Section 2 of the Rules portion of this final document. MSF has an associative structure, where operational decisions are made, largely independently, by the five operational centres (Amsterdam, Barcelona-Athens, Brussels, Geneva and Paris). Common policies on core issues are coordinated by the International Council, in which each of the 24 sections (national offices) is represented. The International Council meets in Geneva, Switzerland, where the International Office, which coordinates international activities common to the operational centres, is also based. See this turtle's miraculous recovery after getting caught in a piece of litter. When it comes to prioritizing environmental concerns, curbing litter isn't exactly at the top of the list. After all, when there are much bigger dangers like harmful emissions, overfishing, and climate change to worry about, how much harm are a few pieces of plastic on the ground really going to do? Just splitting a sixer of Strawberry Crush with my bros. What's the worst that could happen? Photo by iStock. But there's one turtle that would staunchly disagree with that mindset (or, at least he would if he could talk).

Australia's aid program The Australian Government’s development policy Australian aid: promoting prosperity, reducing poverty, enhancing stability and performance framework Making Performance Count: enhancing the accountability and effectiveness of Australian aid outline key aspects of our aid program. Documents Australia's development policy and performance framework are available in PDF and Word formats. The need for change The world has changed—and our aid program is changing too. EARTHWORKS Earthworks' Mission Earthworks is a nonprofit organization dedicated to protecting communities and the environment from the adverse impacts of mineral and energy development while promoting sustainable solutions. Earthworks stands for clean air, water and land, healthy communities, and corporate accountability. We work for solutions that protect both the Earth’s resources and our communities. How We Work

American Academy of Pediatrics Cuts Ties with Monsanto Months ago Mamavation learned that the American Academy of Pediatrics was in a sponsorship relationship with Monsanto, a chemical company and makers of DDT, PCBs, Agent Orange, glyphosate & GMOs. In fact, Monsanto has been deemed the 3rd most hated company in the United States by the Harris Poll this year measuring “reputation quotient” which basically means how people feel about them. Baffled by this relationship, Mamavation founder Leah Segedie contacted the AAP through a close friend and colleague and was put in touch with their Public Affairs team. “I was completely shocked that the American Academy of Pediatrics, an organization that moms put their trust in at some of the most vulnerable times in their lives was associating with a company that didn’t elicit trust at all. I knew this association was potentially damaging to the AAP and that Monsanto was getting far more out of it than pediatricians ever would.

United Nations High Commissioner for Refugees United Nations agency mandated to protect and support refugees The United Nations High Commissioner for Refugees (UNHCR) is a United Nations agency with the mandate to protect refugees, forcibly displaced communities and stateless people, and assist in their voluntary repatriation, local integration or resettlement to a third country. UNHCR‘s mandate does not apply to Palestinian refugees, who are assisted by UNWRA. History[edit] Office of the United Nations High Commissioner for Refugees Following the demise of the League of Nations and the formation of the United Nations the international community was acutely aware of the refugee crisis following the end of World War II. 12 Life Lessons from a Man Who's Seen 12000 Deaths Rooted in the hearts of many Hindus is the belief that if you breathe your last in Kashi (Varanasi) you attain what is popularly known as ‘Kashi Labh’ or ‘the fruit of Kashi’—moksh or “release from the cycle of rebirth impelled by the law of karma”. Kashi Labh Mukti Bhawan in Varanasi is one of the three guesthouses in the city where people check in to die. The other two are Mumukshu Bhawan and Ganga Labh Bhawan.

Oxytocin Changes Everything What does petting a cat, hugging a friend, deep breathing, a walk in the woods, and giving away money to someone have in common? These are but a few ways to release the hormone of love and connection, Oxytocin. We humans are like puppets on strings. The puppet-masters are our brain chemicals, the hormones that color our perceptions as well as the way we interact with the world around us.