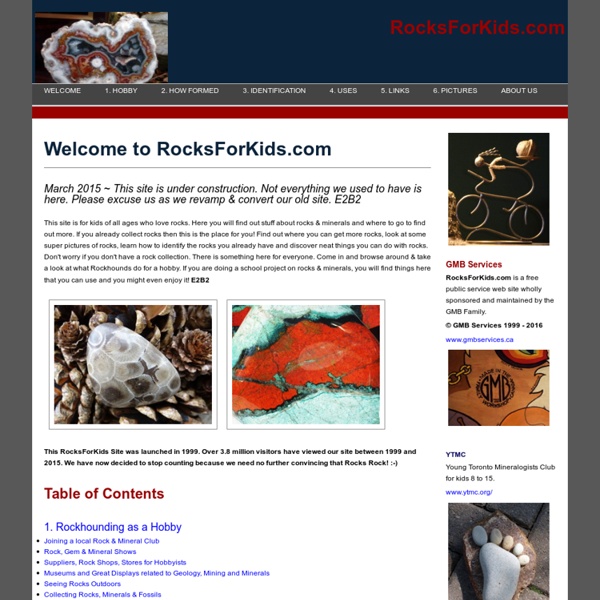 J Muthurajan, Managing Director of VV Minerals, Tamil Nadu | VV Mineral Blog As Director- VV Group of Companies, Mr. J Muthurajan is responsible for the growth of the company projects in the mining industry itself. He is the man behind the formation and management of the whole in house project group; it was because of this that the company was able to grow fast along with the creation of new facilities of production in various other mining deposits. Having done his graduation from Hindustan College of Engineering, India, he started off with his career in the year 2006. He has shaped a marvelous IT infrastructure which connects the entire group to each other and has helped develop more efficiency. He also handles the V.V College of Engineering which provides quality education at affordable rates to the people of the village and also the local community. Like this: Like Loading...

Crayon Rocks We've had a very, very warm winter here in Michigan. With such little snow, the ground has been exposed and my little rock hounds have been collecting rocks again. I thought we'd revisit the types of rocks again (sedimentary, metamorphic and igneous) - but this time give them a more active and visual way to think about how each are formed. Materials Needed: crayons, several of each in four different colorscrayon or pencil sharpener4 containers for holding the crayon shavings3-6"x6" pieces of aluminum foilpopsicle stick or other disposable stirrer mugboiling waterProcess: Unwrap the crayons and use the sharpener to create shavings. Sedimentary rocks Sedimentary rocks are formed from sediments (tiny rock particles that were created by weathering or erosion) that were layered and then compressed. Fold the aluminum foil up tightly around the shavings and then compress it. Metamorphic rocks Metamorphic rocks are formed when existing rocks are exposed to heat and/or pressure.

4L - Science Essentials - Material world Wherever you are now, there are rocks below you. Even if you are standing on the beach, digging in the garden, swimming in the sea or rowing across a river, there are rocks somewhere beneath your feet. There are many different rocks, from soft mudstone and crumbly sandstone to hard granite. Some rock splits in sheets - like slate. Some rocks are rare and valuable - like gold and diamonds. But why, if there are rocks everywhere, are they often covered in earth and stones? Sandy soil has big bits in it. We can use rocks and soils in different ways. Supreme Court’s Judgement Brings Relief To Companies Like VV Minerals | VV Mineral The Heavy mineral mining industry has been suffering huge losses due to delays in the lease renewal process. The Supreme Court has passed a judgement on this and ordered for a deadline to be maintained. This brings a lot of hope for private companies like, VV Minerals as they will not have to suffer anymore. Read More On the Supreme Court Judgement. Like this: Like Loading... Related

Know Britain Site for British Culture, Customs, History and Directory of Hotels and Guest Houses VV Minerals Chairman Not Under The Scanner Anymore For Illegal Mining Of 96K Crore Heavy mineral mining industry in India is in a growing stage which yields huge benefits to the Indian economy. The largest exporter from the southern part of India, Tamil Nadu is a private company, VV Minerals. There has been a lot of speculation over the business activities of VV Minerals as they were accused of carrying out a scam in which they were illegally exporting heavy minerals. Scams are not a very positive issue for the economy or the country but the fact remains that an accused is not guilty until proved so. Such was the case for VV Minerals who was alleged of something they didn’t get into. S. At the time of the investigation the mining activities were put to a halt by the Tamil Nadu Government which led to quite a lot of losses for the Company as well as the economy. Following the government norms has always been the main concern at VV Minerals and that is the one and only reason why they have survived for so long in this trade.

Britain from the Air - Free Outdoor Street Gallery Tamil Nadu Free From Any Capitalism, No Ties Between J. Jayalalithaa And VV Minerals It was also the second largest state economy in India in 2012. The state is free from any kind of capitalism and some people wrongly believe that the ruling party of the state has connections with industrialists like S. Vaikundarajan, who influence the various decisions taken by them. VV Minerals on the other hand, carries out its business without any help from the government because they always follow all the guidelines set forth by the government and hence, there is no need for them to seek redressal from anyone. The Aam Aadmi Party also accused VV Minerals, Vaikundarajan of the same. VV Minerals also fulfills its social responsibilities even after being a private company. The whole controversy over VV Minerals having close commercial connections with the Tamil Nadu government was blown out of proportion and was exaggerated.