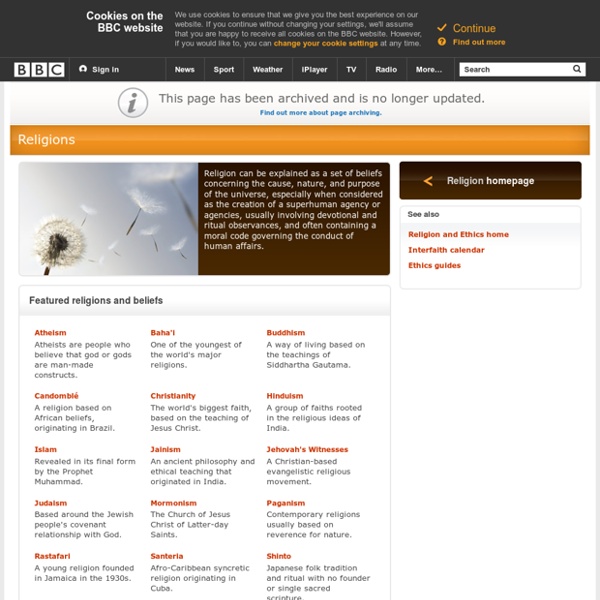 Taoism in China, Authentic Chinese Religions 道可道，非常道。A way that can be the Way, is not the usual way. 名可名，非常名。 Race and Slavery in the Middle East Bernard Lewis. Race and Slavery in the Middle East Oxford Univ Press 1994. Chpt. 1 Slavery Why the heroes of the Hanukkah story wouldn't understand what the Jewish holiday has become Hanukkah, which starts on December 12, was probably the first Jewish holiday you heard of, whether you're Jewish or not. Hanukkah is such a big deal in America — there's a menorah lighting on the National Mall, for Pete's sake! — that you'd be forgiven for assuming it has always been the most wonderful time of the Jewish year. Panentheism 1. Terminology Because modern “panentheism” developed under the influence of German Idealism, Whiteheadian process philosophy, and current scientific thought, panentheists employ a variety of terms with meanings that have specialized content.

Bound to Be Beautiful: Foot Binding in Ancient China June 4, 2005–August 28, 2005 Bound to Be Beautiful: Footbinding in Ancient China is a traveling exhibit from the collection of John K. Fong featuring many pairs of the beautiful and elaborate shoes worn by Chinese women to showcase their tiny feet, along with items used in construction of the footwear. Over sixty objects include vintage photographs and related works of art in wood, metal and ivory. Throughout history, beauty has been a major goal. PANTHEISM: Nature, universe, science and religion [an error occurred while processing this directive] by Paul Harrison. A religion old or new, that stressed the magnificence of the universe as revealed by modern science, might be able to draw forth reserves of reverence and awe hardly tapped by the conventional faiths.

Reshaping the Body: Clothing & Cultural Practice Cessation of Bound Feet during the Communist Era Excerpts from When I was a girl in China, stories collected by Joseph Rupp Li Xiu-ying I started binding when I was fourteen, a typical age to begin. I had to let them out once after liberation, though. So that’s why my feet aren’t so small anymore. Theism Theism is broadly defined as the belief in the existence of the Supreme Being or deities.[1][2] In common parlance, or when contrasted with deism, the term often describes the classical conception of God that is found in monotheism (also referred to as classical theism) - or gods found in polytheistic religions—a belief in God or in gods without the rejection of revelation as is characteristic of deism.[3][4] Atheism is commonly understood as rejection of theism in the broadest sense of theism, i.e. the rejection of belief in God or gods.[5] The claim that the existence of any deity is unknown or unknowable is agnosticism.[6][7] Etymology[edit]

Fluyt The merchant vessel responsible for 17th century Dutch trade dominance The fluyt or fluitschip was one of the first ocean-going ships built exclusively for commerce. Previously, ships tended to be built to perform the dual role of fighting battles and carrying cargo. Thus, their construction was fairly robust and they carried cannons, ammunition, and combat personnel. The Dutch did away with that. Christian Theology Christian Theology -- Theism Christian theology affirms theism, the belief in the existence of a supernatural God. Christian theism rests primarily on two solid foundations: special revelation (the Bible) and general revelation (the created order). While the Bible reveals the character and personality of God page after page, the “whole workmanship of the universe,” according to John Calvin, reveals and discloses God day after day. The Psalmist says, “The heavens declare the glory of God” (Psalm 19).

A Taste of Adventure: History of Spices SOON after dawn on May 21st 1498, Vasco da Gama and his crew arrived at Calicut after the first direct sea voyage from Europe to Asia. If history's modern age has a beginning, this is it. Europe's ignorance of, and isolation from, the cosmopolitan intellectual and commercial life of Asia were ended forever. With ships, weaponry and a willingness to use them both, the countries of Europe were about to colonise the rest of the world. To support this expansion, its merchant classes would invent new forms of commercial credit and the first great corporations, vital parts of capitalism's operating system, and spread their trading networks across the seven seas.