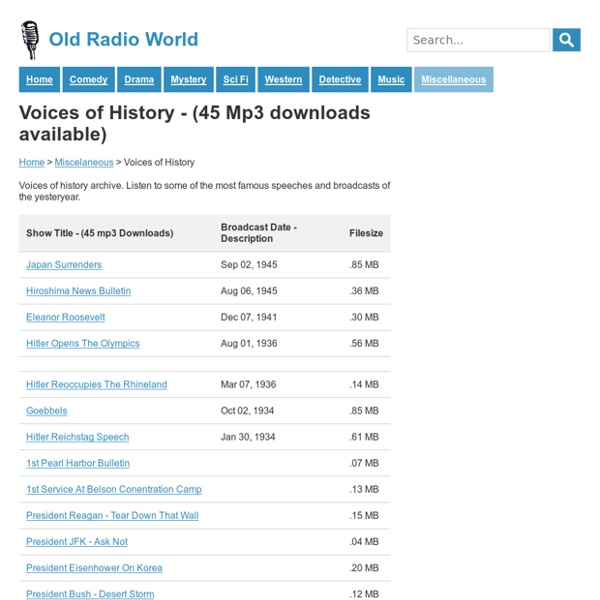 Teaching With Documents Skip Navigation. Teachers Home > Teachers' Resources > Teaching With Documents Lessons by Era More Lesson Plan Resources When Dissent Became Treason America and the Great War: A Library of Congress Illustrated History by Margaret E. Wagner, with an introduction by David M. Kennedy Bloomsbury, 371 pp., $45.00 The Great War Je Suis Mon Rêve A series of photographs displaying supermarket products divided per color. Per Color is a project realized during my residency at JACA, in Belo Horizonte, Brazil. I see the supermarket space as a space of manipulation. The attempt, in this action, is to subvert this structure of power. Family tree of the Greek gods Key: The essential Olympians' names are given in bold font. See also List of Greek mythological figures Notes External links Media related to Family trees of Greek mythology at Wikimedia Commons

Gettysburg Animated Map « Back to Maps | More on Gettysburg » « View All Animated Maps | More Animated Maps: JavaScript and Adobe Flash 9 are required to view the CWPT Animated Maps. After Orlando, Examining the Gun Business - The New Yorker Bars in the Old City neighborhood of Philadelphia let out at 2 A.M. On the morning of January 17, 2010, two groups emerged, looking for taxis. At the corner of Market and Third Street, they started yelling at each other. On one side was Edward DiDonato, who had recently begun work at an insurance company, having graduated from Villanova University, where he was a captain of the lacrosse team. On the other was Gerald Ung, a third-year law student at Temple, who wrote poetry in his spare time and had worked as a technology consultant for Freddie Mac.

Urban Intervention: A Reclaimed Parking Spot Since we’re on the subject of grass today, check out Green Corner, a collaboration between Helsinki-based artists Otto Karvonen and Jon Irigoyen. Described as an “urban intervention” the idea was fairly straightforward: install a grass turf lawn in a parking space creating a temporary park that calls into question the ideas of ownership and use in public spaces. Green corner is a spatial artwork consisting of lawn that is installed on a parking space. The lawn is equipped with some comfortable garden furniture, to provide a relaxing break in the middle of the hectic urban space. maps home page Down to: 6th to 15th Centuries | 16th and 19th Centuries | 1901 to World War Two | 1946 to 21st Century The Ancient World ... index of places How All 50 States Got Their Names Alabama Before Europeans landed on American shores, the upper stretches of the Alabama River in present-day Alabama used to be the home lands of a Native American tribe called – drum roll, please – the Alabama (Albaamaha in their own tribal language). The river and the state both take their names from the tribe, that's clear enough, but the meaning of the name was another matter. Despite a wealth of recorded encounters with the tribe – Hernando de Soto was the first to make contact with them, followed by other Spanish, French and British explorers and settlers (who referred to the tribe, variously, as the Albama, Alebamon, Alibama, Alibamou, Alibamon, Alabamu, Allibamou, Alibamo and Alibamu) – there are no explanations of the name's meaning in the accounts of early explorers, so if the Europeans asked, they don't appear to have gotten an answer. An un-bylined article in the July 27, 1842 edition of the Jacksonville Republican put forth the idea that the word meant “here we rest.”

The United States and the Making of Nazi Race Law’ To get to the core of race in America today, read this new book by James Whitman. Whitman is the Ford Foundation Professor of Comparative and Foreign Law at Yale Law School. Prepare to be as startled as this respected legal scholar was when he came upon a meticulous record of a meeting of top lawyers in Nazi Germany after Hitler’s rise to power. Medieval Torture Long before the French Revolutionaries adopted the execution device known as a Guillotine, a similar device was in use in Halifax in Yorkshire. Halifax had held the right to execute criminals since 1280. Although there is early reference to a gibbet, including a report that the first person to be beheaded by it was John of Dalton in 1286, formal records of victims did not begin until 1541, when the town acquired a fixed machine which used a heavy, axe-shaped iron blade dropping from a height of several feet to cut off the head of the condemned criminal. Between 1541 and 1650, official records show that 53 men and women were executed by the Halifax Gibbet. The Gibbet was taken down in 1650 after the execution of Anthony Mitchell and John Wilkinson, but a replica was erected in 1974 on the original site at Gibbet Street.

Rare and very interesting photos Interesting and very rare photographs, you may never see. The first McDonald’s. Che Guevara and Fidel Castro. Capital of Brazil, on the beginning. Pius XII and Hitler.