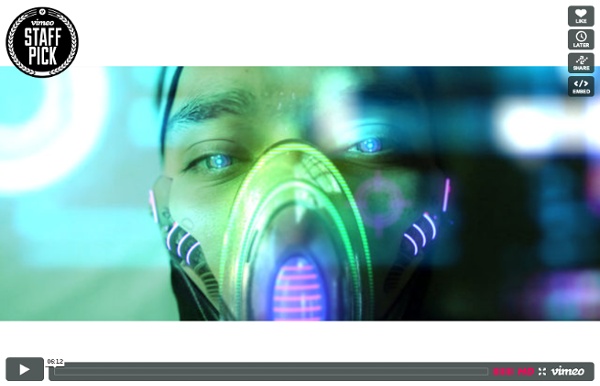 Short Stories Passing Through - CAPSUS.TV - Inspirations et influences - vidéo blog Passing Through by Kristian Ulrich Larsen idkul.com/ and Olafur Haraldsson olihar.com . How to watch? Full-Screen. Max volume. Enjoy. Think. . Utopia For thousands of years human beings have dreamt of perfect worlds, worlds free of conflict, hunger and unhappiness. But can these worlds ever exist in reality? In 1516 Sir Thomas More wrote the first 'Utopia'. He coined the word 'utopia' from the Greek ou-topos meaning 'no place' or 'nowhere'. But this was a pun - the almost identical Greek word eu-topos means a good place. This site will open up the dreams, ideas and energies behind a selection of historical utopias. Click on the themes below to explore more about utopias. Think about these questions when you look at the sources... Is utopia possible? For additional questions about utopia click here 16th century dreams: Thomas More Learn about Thomas More's idea of utopia by exploring a selection of extracts discussing ideals of agriculture and education, marriage and social hierarchy. Reason, religion or both? Learn about isolated utopias set on remote islands or even other planets. 18th century: Revolution! 19th century Earthly Utopias

The Man in the High Castle (2015) In Amazon’s The Man in the High Castle, an adaptation of Philip K. Dick’s alternate history novel of the same name, it’s 1962, the Allies lost World War II, and the two major Axis powers have divvied up North America between them. The narrative revolves around film canisters containing a revolutionary re-writing of history. That notion — of a dangerous film retelling history — is woven into the fabric of the show’s title sequence, created by Elastic. The first sounds are of a film projector starting, and the sequence presents a number of images with the flickering and uneven style of projected celluloid. But the most interesting, and most poetically resonant, choice made in this sequence is the use of “Edelweiss”, sung in heavily accented English by an almost whispering female voice. The key emotion conveyed by the title sequence is one of yearning, of doomed nostalgia, and the quiet struggle to maintain one’s identity in the face of huge historical forces. View 5 images View 8 images