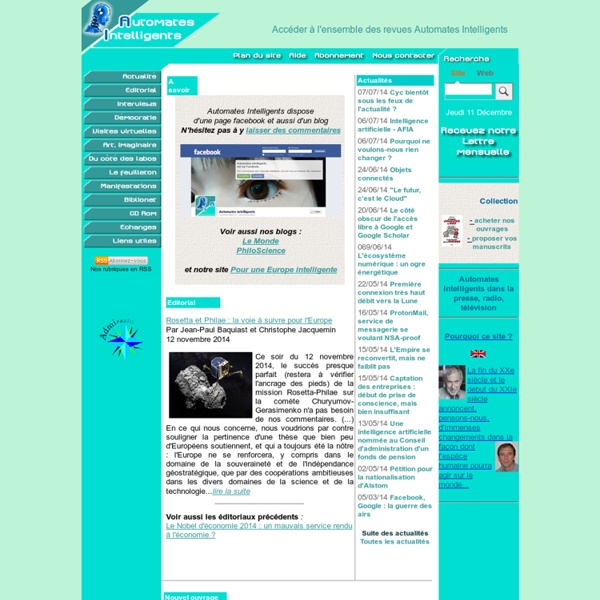 le blog philoscience toute l'actualité de la robotique The Future of Science Building a better collective memory In your High School science classes you may have learnt Hooke’s law, the law of physics which relates a spring’s length to how hard you pull on it. What your High School science teacher probably didn’t tell you is that when Robert Hooke discovered his law in 1676, he published it as an anagram, “ceiiinossssttuv”, which he revealed two years later as the Latin “ut tensio, sic vis”, meaning “as the extension, so the force”. This ensured that if someone else made the same discovery, Hooke could reveal the anagram and claim priority, thus buying time in which he alone could build upon the discovery. Hooke was not unusual. Many great scientists of the age, including Leonardo, Galileo and Huygens, used anagrams or ciphers for similar purposes. Why were Hooke, Newton, and their contemporaries so secretive? This change will not be achieved without great effort. Part I: Toward a more open scientific culture How can the internet benefit science?