Science and Technology of WWII 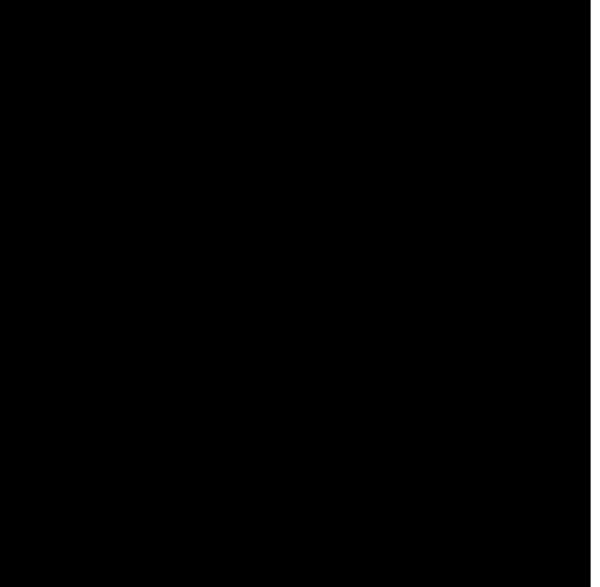 History - The Battle of Britain (pictures, video, facts & news) Top 10 Battles of World War II History World War II was the bloodiest conflict in human history. The world was in a state of “total war.” Motivated by the threat of global tyranny, the Allies eventually prevailed, but this victory was marked by battles won and lost. This list looks at ten battles that decisively changed the course of the war. After the German conquest of Poland in September 1939, Hitler turned his attention to the west. The German Army was actually outnumbered by the Allies. By the summer of 1944, the Red Army was at Germany’s doorstep. Operation Overlord commenced with the Normandy landings in June of 1944. Up until August 1942, the Allies had been on the defensive in the Pacific Theatre. On 7 August, 11,000 Marines of the 1st Marine Division under the command of Major General Alexander Vandergrift landed on Guadalcanal. In June 1944 the Americans had breached Japan’s inner defensive ring and had bases that could be used by B-29 Superfortresses to bomb the Japanese home islands.

Top 10 Inventions Discovered During WWII (Gereral) World War 2 is the kind of event that nobody can condone and the struggle for political power and territory at that time brought millions of innocent lives to an abrupt end. However, in the struggle for dominance, both sides were forced to develop new technology that would allow them to outsmart, outplay and outgun their adversaries. As a result, the WW2 period was extremely lucrative in terms of inventions, some of which you still utilize today. Let’s find out more about what World War 2 brought us in addition to slaughter and a new geopolitical map of the old continent. 1. Penicillin Originally, the discovery of the capabilities of the Penicillium Notatum mold on killing bacteria was made in 1869 by Ernest Duchesne and Sir Alexander Fleming made it popular later or in 1928 with his studies on the matter. 2. If you own a car, then you probably have a few motor oil and gasoline cans in your garage/trunk. 3. 4. 6. 7. 8. 9. 10. Source and read more

National Postal Museum Stamp collecting can be fun and certainly easy. Collectors can build a collection around subjects that interest them. Do you love movies or rock and roll? Stars of both can be found on stamps. Some collectors specialize not on hobbies or topics, but on countries. The best thing about starting a stamp collection is how easy it can be. Several cities have stamp dealers who will sell you stamps that aren't currently available through the postal service. However you start, stamp collecting is a hobby that you can continue through your life. Lesson Plans: Dr. Seuss Dr. Seuss & WWII: Analyzing Political Cartoons Dr. Seuss is the beloved author of more than 50 children’s books. But many students do not know that he drew over 400 political cartoons during WWII. These cartoons tackled such subjects as racism and discrimination, the dangers of isolationism, fascism, and other political issues, and the vital work of the war effort at home. Objective:Students will analyze four WWII-era Dr. Grade Level: 7-12 Standards: History Thinking Standard 4—the student interrogates historical data by uncovering the social, political, and economic context in which it was created. Content Era 8 (1929-1945) Standard 3C—the student understands the effects of World War II at home. Time Requirement: One class period, and possible homework assignment. Download a printable pdf version of this lesson plan Directions: 1. 2. 3. 4. Assessment: Components for assessment include the student worksheet, class discussion, and student created cartoon. Enrichment: Dr. Cartoon Gallery: 1. 2. 3.

World War II: The Invasion of Poland and the Winter War - Alan Taylor - In Focus In August of 1939, Nazi Germany and the Soviet Union signed a non-aggression treaty. One week later, Germany invaded Poland and World War II began. The first attack of the war took place on September 1, 1939, as German aircraft bombarded the Polish town of Wielun, killing nearly 1,200. Use j/k keys or ←/→ to navigate Choose: View of an undamaged Polish city from the cockpit of a German medium bomber aircraft, likely a Heinkel He 111 P, in 1939. In 1939, the Polish army still maintained many cavalry squadrons, which had served them well as recently as the Polish-Soviet War in 1921. Associated Press correspondent Alvin Steinkopf broadcasting from the Free City of Danzig -- at the time, a semi-autonomous city-state tied to Poland. Soviet premier Josef Stalin (second from right), smiles while Soviet Foreign Minister Vyacheslav Molotov (seated), signs the non-aggression pact with German Reich Foreign Minister Joachim von Ribbentrop (third from right), in Moscow, on August 23, 1939.

The Factory Front: Science and Technology in WWII | Duke University Libraries Magazine Collections Highlight During the Second World War, the Allies feared that German applications of science and technology were superior to their own and might be a determining factor in the outcome of the conflict. Consequently, as Allied troops secured German territory, British and American intelligence agents swept in behind them to gather information, specifically targeting the operations of industrial leaders like Bosch, Siemens, Agfa, Daimler-Benz, Krupp and Farben. The reports the agents prepared form an unusual collection of booklets that is part of the Duke University Libraries’ Special Collections Library. Duke’s collection is referred to as Science and Technology in Germany During the 1930’s and 1940’s. The reports are a rich resource for researchers interested in the economy of the Third Reich or the history of science around the time of the Second World War. When the reports were published, they were made available to both industrial firms and the general public.

Webrangers This is the National Park Service's site for kids of all ages. If you love our National Parks, Monuments and Historic Sites, this site is for you. If you are new to our National Parks, we hope this site helps you experience how wonderful they can be. We've recently updated this site to make it even more fun. Newest Responses No replies yet We haven’t posted any replies yet, but we will, so check back soon! See More! See Previous Questions of the Week Anne Frank and her family were also denied entry as refugees to the U.S. Portrait of Anne Frank at age 12, sitting at her desk at the Montessori school in Amsterdam. (Courtesy Anne Frank House, Amsterdam) Many have noted the historical parallels between the current debate over Syrians seeking refuge in the United States and the plight of European Jews fleeing German-occupied territories on the eve of World War II. Among the many who tried — and failed — to escape Nazi persecution: Otto Frank and his family, which included wife, Edith, and his daughters, Margot and Anne. "Otto Frank’s efforts to get his family to the United States ran afoul of restrictive American immigration policies designed to protect national security and guard against an influx of foreigners during time of war," Breitman wrote. world worldviews Dallas shooting updates News and analysis on the deadliest day for police since 9/11. post_newsletter353 follow-dallas true after3th false Today's WorldView What's most important from where the world meets Washington Please provide a valid email address.

Operation Overlord Preparations for D-Day[edit] The decision to undertake a cross-channel invasion within the next year was taken at the Trident Conference in Washington in May 1943. Churchill favoured making the main Allied thrust into Germany from the Mediterranean theatre, but was over-ruled by his American allies, who were providing the bulk of the men and equipment. British Lieutenant-General Frederick E. Morgan was appointed Chief of Staff, Supreme Allied Commander (COSSAC) to begin detailed planning. The Pas de Calais is the closest point in continental Europe from Britain and was the location of launch sites for V-1 and V-2 rockets, which were still under development. Allied invasion plan[edit] D-day assault routes into Normandy "Overlord" was the name assigned to the establishment of a large-scale lodgement on the Continent. The coastline of Normandy was divided into seventeen sectors, with codenames using a spelling alphabet – from Able, west of Omaha, to Roger on the east flank of Sword.

National Churchill Museum | Winston Churchill's Their Finest Hour Speech I spoke the other day of the colossal military disaster which occurred when the French High Command failed to withdraw the northern Armies from Belgium at the moment when they knew that the French front was decisively broken at Sedan and on the Meuse. This delay entailed the loss of fifteen or sixteen French divisions and threw out of action for the critical period the whole of the British Expeditionary Force. Our Army and 120,000 French troops were indeed rescued by the British Navy from Dunkirk but only with the loss of their cannon, vehicles and modern equipment. This loss inevitably took some weeks to repair, and in the first two of those weeks the battle in France has been lost. I am not reciting these facts for the purpose of recrimination. That I judge to be utterly futile and even harmful. Of this I am quite sure, that if we open a quarrel between the past and the present, we shall find that we have lost the future. He nothing common did or mean, Upon that memorable scene.

World War II World War II (WWII or WW2), also known as the Second World War, was a global war that lasted from 1939 to 1945, though related conflicts began earlier. It involved the vast majority of the world's nations—including all of the great powers—eventually forming two opposing military alliances: the Allies and the Axis. It was the most widespread war in history, and directly involved more than 100 million people from over 30 countries. In a state of "total war", the major participants threw their entire economic, industrial and scientific capabilities behind the war effort, erasing the distinction between civilian and military resources. World War II altered the political alignment and social structure of the world. Chronology The start of the war in Europe is generally held to be 1 September 1939,[9][10] beginning with the German invasion of Poland; Britain and France declared war on Germany two days later. Others follow the British historian A. Background

What Americans thought of Jewish refugees on the eve of World War II The results of the poll illustrated above by the useful Twitter account @HistOpinion were published in the pages of Fortune magazine in July 1938. Fewer than 5 percent of Americans surveyed at the time believed that the United States should raise its immigration quotas or encourage political refugees fleeing fascist states in Europe — the vast majority of whom were Jewish — to voyage across the Atlantic. Two-thirds of the respondents agreed with the proposition that "we should try to keep them out." [Yes, the comparison between Jewish and Syrian refugees matters] To be sure, the United States was emerging from the Great Depression, hardly a climate in which ordinary folks would welcome immigrants and economic competition. The events of Kristallnacht — a wave of anti-Jewish pogroms in areas controlled by the Nazis — had yet to take place. But look at the next chart, also tweeted by @HistOpinion. [Europe’s fear of Muslim refugees echoes rhetoric of 1930s anti-Semitism] Read more: U.S.