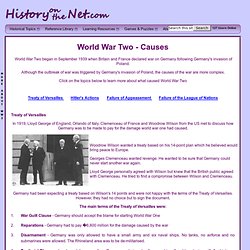 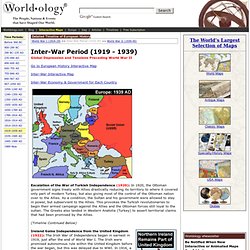 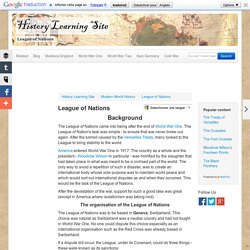 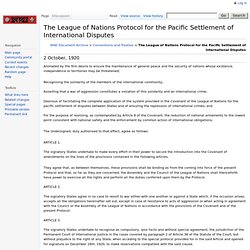 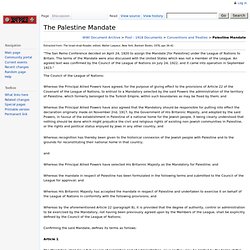 "The San Remo Conference decided on April 24, 1920 to assign the Mandate [for Palestine] under the League of Nations to Britain. World War I: Treaties and Reparations. After the devastation of World War I, the victorious Western Powers imposed a series of harsh treaties upon the defeated nations. 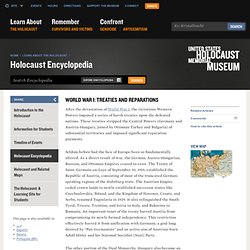 These treaties stripped the Central Powers (Germany and Austria-Hungary, joined by Ottoman Turkey and Bulgaria) of substantial territories and imposed significant reparation payments. Seldom before had the face of Europe been so fundamentally altered. As a direct result of war, the German, Austro-Hungarian, Russian, and Ottoman Empires ceased to exist.

The Treaty of Saint-Germain-en-Laye of September 10, 1919, established the Republic of Austria, consisting of most of the truncated German-speaking regions of the Habsburg state. The Austrian Empire ceded crown lands to newly established successor states like Czechoslovakia, Poland, and the Kingdom of Slovenes, Croats, and Serbs, renamed Yugoslavia in 1929. The German army was to be limited to 100,000 men, and conscription proscribed. The Peace Treaty of Brest-Litovsk. From World War I Document Archive WWI Document Archive > 1918 Documents > The Peace Treaty of Brest-Litovsk 3 March, 1918 (Including Appendices: Russia-Germany, Part I)(Including Appendices: Russia-Germany, Part II)(Including Appendices: The Russian Fleet) Article I. 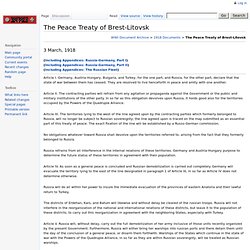 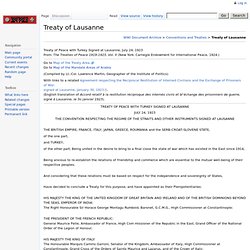 II (New York: Carnegie Endowment for International Peace, 1924.) The Peace Treaty of Versailles. What were the consequences of the war guilt clause. The treaty of Versailles had many negative impacts on most of the countries that it involved. 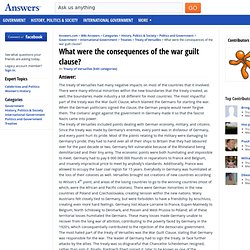 There were many ethnical minorities within the new boundaries that the treaty created, as well, the boundaries made industry a lot different for most countries. Treaty of Versailles, text of Article 231, the "War Guilt Clause" Stab-in-the-back legend. The Dawes Plan of 1924. WWITerritorialChanges. Territorial Losses of the Central Powers. Vpc-ter. Territorial concessions by Germany were significant and accounted for about 13 percent of the German Empire's pre-World War I territory. 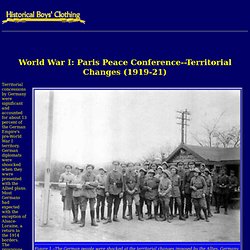 German diplomats were shoocked when they wwre presented with the Allied plans. Most Germans had expected with the exception of Alsace-Loraine, a return to the 1914 borders. The provisions in the east were particularly shocking. It does not seem to have dawned ob the Germans the even more severe territorial concessions that they had enforced on Russia at Brest-Litovsk. There were important territorial concessions to new and existing countries.

Belgium. Terms of the Treaty of Versailles. The treaty was signed today at Versailles. At 10:30 am Washington time Phillips and I sat in the telegraph room on the 4th floor of the Dept. and had a direct wire from there to Versailles - with only two relays, one at London and one at Newfoundland, where it went into and came out of the submarine cable. It was 5¼ hours different time at Versailles. As each signed it was signalled out over the wire and ticked off on the receiver at our side and the operator read it by ear and wrote it out as received on a typewriter. We leaned over his shoulder and read the bulletins. Why G Hated ToV. Summary. 1919 racial equality clause. League of Nations and Racial Equality. An interesting chapter in the book “ Paris 1919: Six Months That Changed the World ” is related to Japan.

Japan was on the Allied side in World War I, though it hadn’t done much fighting. The Asiatic Society of Japan. Wilsonian Idealism and Its Impact on Japan: The Case of Japan's Racial Equality Proposal Dr. Shusuke Takahara Lecture 2003-03-17 Our speaker at the March meeting was a scholar from the Kansai, Dr. Shusuke Takahara, a researcher and lecturer at Doshisha University in Kyoto.

During World War I, said Dr. Japan had a direct and an indirect cause for being interested in racial equality. Wilson recognized the importance of the equal treatment of peoples, and hoped to embody this in the universal principles of the League's Covenant. Support for Japan's Proposal also came, for different reasons, from Edward T.

A third person directly involved was Colonel House, who had discussions with two members of the Japanese delegation at the Paris Peace Conference, former Foreign Minister Makino Nobuaki and Ambassador to Britain Chinda Sutemi. The interwar years - Peace Movements. Norman Angell's The Great Illusion. From World War I Document Archive WWI Document Archive > Pre - 1914 Documents > Norman Angell's The Great Illusion Norman Angell, The Great Illusion, New York and London, 1913, pps. ix-xiii, passim, 381-82. A selection from the author's synopsis and concluding chapter. What are the fundamental motives that explain the present rivalry of armaments in Europe, notably the Anglo-German ?

Each nation pleads the need for defence; but this implies that someone is likely to attack, and has therefore a presumed interest in so doing. They are based on the universal assumption that a nation, in order to find outlets for expanding population and increasing industry, or simply to ensure the best conditions possible for its people, is necessarily pushed to territorial expansion and the exercise of political force against others.... The author challenges this whole doctrine. Conquest in the modern world is a process of multiplying by x, and then obtaining the original figure by dividing by x. The Great Illusion by Norman Angell. Kellogg-Briand Pact. War has been Outlawed, time to pay attention! Lesson 1: Postwar Disillusionment and the Quest for Peace, 1921-1929. It was not long after World War I ended that Americans started wondering whether their country's involvement in that conflict had not been a serious mistake.