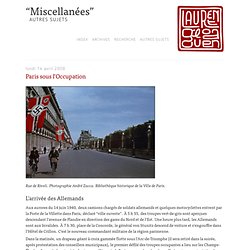 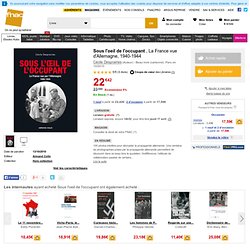 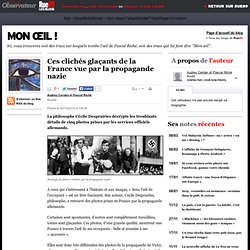 Nversations with Speer. October to December, 1971 These extracts are taken from tapes that I recorded with Albert Speer while preparing a script based on his autobiography, Inside the Third Reich. 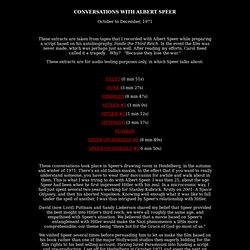 In the event the film was never made, which was perhaps just as well. After reading my efforts, Carol Reed called it a tragedy. The Master Architect by Peter Foges. [1941] Who goes Nazi?—By Dorothy Thompson. 112 Gripes about the French. 112 Gripes About the French was a 1945 handbook issued by the United States military authorities to enlisted personnel arriving in France after the Liberation. 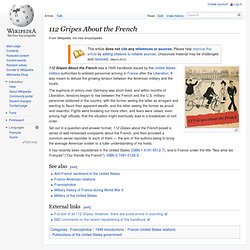 It was meant to defuse the growing tension between the American military and the locals. The euphoria of victory over Germany was short-lived, and within months of Liberation, tensions began to rise between the French and the U.S. military personnel stationed in the country, with the former seeing the latter as arrogant and wanting to flaunt their apparent wealth, and the latter seeing the former as proud and resentful.

Fights were breaking out more often, and fears were raised, even among high officials, that the situation might eventually lead to a breakdown of civil order. 112 GRIPES ABOUT THE FRENCH - Paris, 1945 - full text. Nazi Nudging. The making of Winston Churchill. Seventy years ago this summer, in June of 1940, an aging British politician, who for the previous twenty years had seemed to his countrymen to be one of those entertaining, eccentric, essentially literary figures littering the margins of political life, got up to make a speech in the House of Commons. 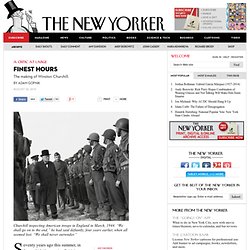 The British Expeditionary Forces had just been evacuated from France, fleeing a conquering German Army—evacuated successfully, but, as the speaker said, wars aren’t won that way—and Britain itself seemed sure to be invaded, and soon. Many of the most powerful people in his own party believed it was time to settle for the best deal you could get from the Germans. Women’s Role in Holocaust May Exceed Old Notions. WW2 Cartoons. Rape, Murder and Genocide: Nazi War Crimes as Described by German Soldiers - SPIEGEL ONLINE - News - International.

It is March 6, 1943, and two German soldiers are talking about the war. 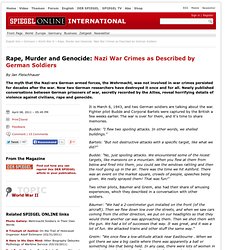 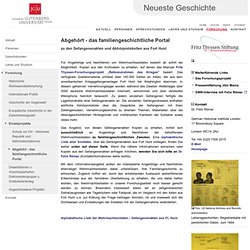 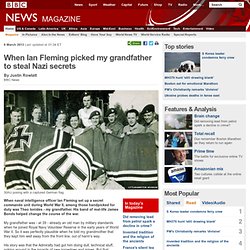 His band of real-life James Bonds helped change the course of the war. My grandfather was - at 39 - already an old man by military standards when he joined Royal Navy Volunteer Reserve in the early years of World War II. So it was perfectly plausible when he told my grandmother that they kept him well away from the front line, out of harm's way. When Books Burn: Lists of Banned Books, 1933-1939. Holocaust Cybrary remembering the Stories of the Survivors - Rem. WWII. WWII. WW2 People's War.

Proletarian posters from 1930s Japan. In the 1930s, a new style of poster emerged that reflected the growing significance of the masses in Japanese society. 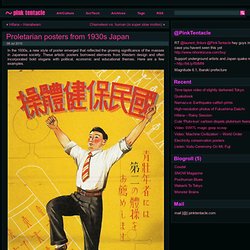