Neurohype and other myths

Oh dear, even people with neuroscience training believe an awful lot of brain myths – Research Digest. By Christian Jarrett Three years ago, the film Lucy came out starring Scarlett Johansson as the eponymous heroine who is implanted with drugs that allow her to use the full capacity of her brain rather than the mere 10 per cent that the rest of us supposedly use. 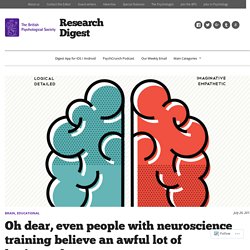 In response I wrote an article for WIRED “All you need to know about the 10 per cent brain myth in 60 seconds“. Ed Clancy: five easy ways to boost your cycling brain. Neuroscience explains why ISIS attracts psychopaths. AFP/Welayat Homs/AFP - An Austrian Islamic State (IS) group fighter, identified as Mohamed Mahmoud (R) (aka Abu Usama al-Gharib), and his German comrade, named in the video as Abu Omar al-Alamani, speaking in German prior to executing two non-identified men The militant Islamist group known as ISIS is more than just an organization with an ideology that is different from our own. 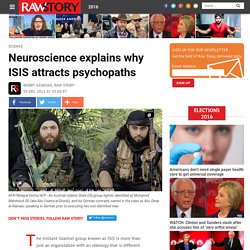 This is a group that has regularly carried out or inspired attacks that have massacred large numbers of innocent civilians in places like France, Turkey, Mali, and now, the United States. Additionally, ISIS has released a number of videos that clearly show members beheading people in the most gruesome and barbaric manner thinkable. As such, it has become increasingly apparent that we are dealing with a group of homicidal and suicidal maniacs with a severely warped moral and ethical code. 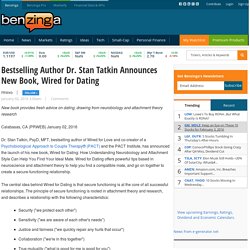 Stan Tatkin, PsyD, MFT, bestselling author of Wired for Love and co-creator of a Psychobiological Approach to Couple Therapy® (PACT) and the PACT Institute, has announced the launch of his new book, Wired for Dating: How Understanding Neurobiology and Attachment Style Can Help You Find Your Ideal Mate. Wired for Dating offers powerful tips based in neuroscience and attachment theory to help you find a compatible mate, and go on together to create a secure-functioning relationship. The central idea behind Wired for Dating is that secure functioning is at the core of all successful relationships. Security ("we protect each other") Sensitivity ("we are aware of each other's needs") Justice and fairness ("we quickly repair any hurts that occur") Collaboration ("we're in this together") True mutuality ("what is good for me is good for you") 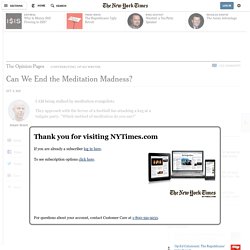 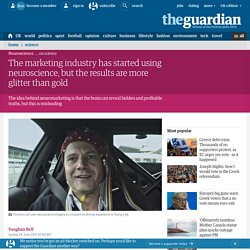 Eating spinach every day could make your brain 11 years younger. We all know that vegetables are good for us - but did you know that eating just one portion of leafy greens a day could stave off dementia? 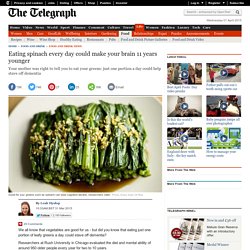 Researchers at Rush University in Chicago evaluated the diet and mental ability of around 950 older people every year for two to 10 years. Participants, who had an average age of 81 years, participated in 19 tests to assess their mental function and identified, from a list of 144 items, what food and drinks featured in their diet. Those adults who ate leafy green vegetables such as spinach and kale once or twice a day experienced significantly less cognitive decline than those who did not, even when other factors such as education, exercise and family history of dementia were taken into account. Om average, participants who ate greens halted their mental decline by an average of 11 years, the researchers revealed this week at the Experimental Biology Conference in Boston.

A previous study in Sweden linked spinach to improved muscle strength. Op-talk.blogs.nytimes. Photo Do you like to learn by seeing, hearing or doing? 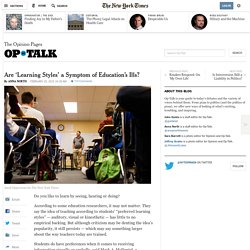 According to some education researchers, it may not matter. Right Brained, Wrong Brained: How Caltech Neuroscience Became a Buzzfeed Quiz. Well-Being A cognitive studies pioneer explains why our brains can’t be defined by left or right. 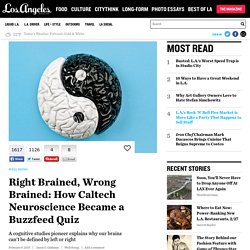 Brain Balance Centers: An insider’s perspective. I’ve written before about Brain Balance Centers; an ever-expanding network of franchise operations in the USA that offer treatment programs for a variety of developmental disorders based on an utterly made-up theory of brain function, and founded by a chiropractor with dodgy credentials. 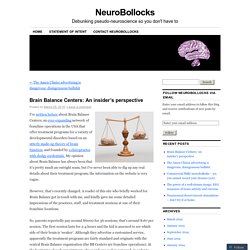 My opinion about Brain Balance has always been that it’s pretty much an outright scam, but I’ve never been able to dig up any real details about their treatment program; the information on the website is very vague. However, that’s recently changed. Are ‘Learning Styles’ a Symptom of Education’s Ills? Vaccine-Autism Coffin Has No More Room for Nails. No, research does not say that ‘iPads and smartphones may damage toddlers’ brains’

It’s been a bad week for neuroscience in the news. 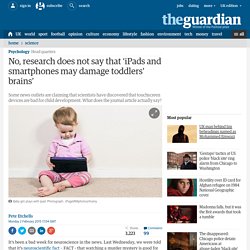 Last Wednesday, we were told that it’s neuroscientific fact – FACT - that watching a murder mystery is good for your brain. Neuroscience and education: myths and messages : Nature Reviews Neuroscience. The sinister threat to our language and brains. Brain stimulation hits the mainstream – commercial tDCS device available soon for $249. Transcranial Direct-Current Stimulation is a technique that involves passing low-level electrical currents through parts of the brain. The effects of this are various, depending somewhat on the area being zapped, but it appears to change the baseline level of cortical excitability, and the effects can persist for several hours (or perhaps days) after a standard 20-minute session. People have been zapping themselves in the head pretty much since electricity was discovered, but tDCS in its modern form is a relatively new technique, and is thought to have potential for treating depression, stroke-recovery, and other clinical issues.

It can also apparently lead to enhancements of normal functions (visual, motor, working memory, etc.) in healthy participants. The Guardian published an article this week on the effects of tDCS on maths ability, based on research which has been fairly widely criticised on Twitter. Feeling low? Don't blame it on Blue Monday. I'm not going to tell the same story once a year even if it crops up in parliament, every newspaper, and all over Radio 4: there are more interesting things to say than "Blue Monday is bullshit", but before we get there, let me briefly clarify how Blue Monday is definitely bullshit. The "most depressing day of the year" began life as a "wacky academic" equation story. This is the kind of thing PR companies offer as "advertising equivalent exposure" for companies who want their brand in the papers.

The equation stunt was not the work of an academic, it was paid for by Sky Travel, and Blue Monday comes just after your first pay cheque arrives, the perfect time to book a holiday. Mind Change: Susan Greenfield has a big idea, but what is it? Bland, logical statements 12 February 2009. BishopBlog: Why most scientists don't take Susan Greenfield seriously. Susan Greenfield: why is she reluctant to engage with 'mind change' critics? Research linking autism to internet use is criticised. Pop psych nonsense and the Chandlers. Why it's time for brain science to ditch the 'Venus and Mars' cliche. Neuromyths and the disconnect between science and the public — Neuroscientifically Challenged. Brain Culture: How Neuroscience Became a Pop Culture Fixation.

By Maria Popova Debunking the phrenology of our day, or why self-help books offer the cognitive science equivalent of snake oil. Children don't need Brain Gym to spot nonsense. How neuroscience is being used to spread quackery in business and education. During World War II, residents on the islands in the southern Pacific Ocean saw heavy activity by US planes, bringing in goods and supplies for the soldiers. The worst neurobollocks infographics on the web.