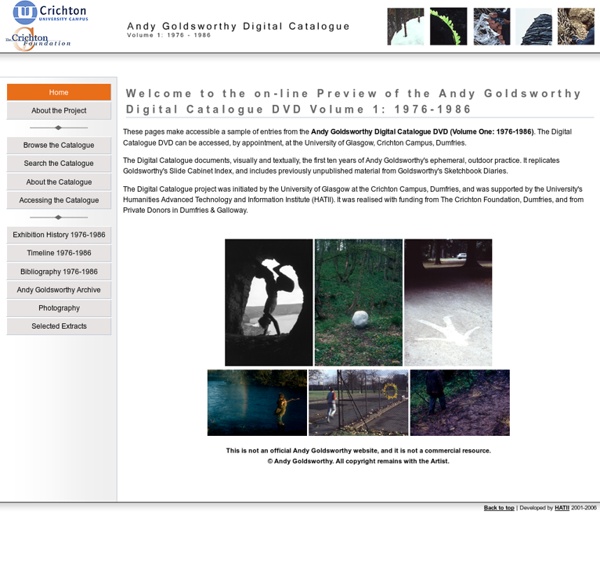 about — Amelia Winger-Bearskin Amelia Winger-Bearskin ( NYU – ITP 2015 Interactive Telecommunications Program PBS MediaShift). She is the co-founder of the ‘Stupid Hackathon’ & @stupidhackathon. She is currently the Director of the DBRS Innovation Lab, an Artificial Intelligence and Design Lab and an Artist in Residence (Tech) at Pioneer Works. In 2014 her video artwork was included in the 2014 Storytelling : La biennale d’art contemporain autochtone, 2e édition (Art Biennale of Contemporary Native Art) at Art Mur (Montreal, Canada). She performed as part of the 2012 Gwangju Biennial and created an interactive portion of The Exchange Archive at the Museum of Modern Art (MoMA) in 2013.

Electrifying Photography Robert Buelteman uses high voltage photography Forget the notion of a reverent nature photographer tiptoeing through the woods, camera slung over one shoulder, patiently looking for perfect light. Robert Buelteman works indoors in total darkness, forsaking cameras, lenses, and computers for jumper cables, fiber optics, and 80,000 volts of electricity. This bizarre union of Dr. Synth-ethic: Art and Synthetic Biology Exhibition — Vienna, Austria Tuur van Balen Pigeon d’Or Pigeon d’Or proposes the use of pigeons as a platform and interface for synthetic biology in an urban environment. Tuur van Balen’s project attempts to make them defecate soap! Meat Puppet Arcade The 3-D scanner as a portal to the virtual space. Play with true-to-life replicas of the artist’s body. Matt Romein experiments with virtual copies of his own body.

Bridget Riley Loss (1964) Black to White Discs (1961-62) Ease (1987) Pause (1964) ?? Drift No. 2 (1966) partial B/W image of Orient 1 or 2 (1969) ?? Louis Kahn From 1957 until his death, he was a professor of architecture at the School of Design at the University of Pennsylvania. Kahn created a style that was monumental and monolithic; his heavy buildings do not hide their weight, their materials, or the way they are assembled. Louis Kahn's works are considered as monumental beyond modernism. Famous for his meticulously built works, his provocative unbuilt proposals, and his teaching, Kahn was one of the most influential architects of the 20th century.

Ryan Gander Ryan Gander’s complex and unfettered conceptual practice is stimulated by queries, investigations or what-ifs, rather than strict rules or limits. For example, what if a child’s den of sheets were remade in memorialising marble (Tell My Mother not to Worry (ii), 2012)? What if all the pieces in a chess set were remade in Zebra Wood, so that neither side was entirely black nor white (Bauhaus Revisited, 2003)? Gander is a cultural magpie in the widest sense, polymathically taking popular notions apart only to rebuild them in new ways – perhaps by refilming the same ten-second clip 50 times over, as in Man on a Bridge (A study of David Lange), 2008. Language and storytelling play an overarching role in his work, not least in his series of Loose Association lectures or in his attempt to slip a nonsensical, palindromic new word, ‘mitim’, into the English language. Ryan Gander, born in Chester in 1976, lives and works in London.

Tangible Memories Following on from our pop-up exhibition of audio stories, produced from our winter visit to the MShed (see Memories and Museums) we have been developing another auditory experience using chairs, and inspiration drawn from venturing outdoors. Here I introduce the concept of a therapeutic rocking chair for older people with dementia. Early on in the Tangible Memories project, we recognised that access to the outdoors, and specifically to the natural world, was very limited for many care home residents, often due to a decline in their physical mobility, or particularly if they were suffering from the more advanced stages of dementia. Equally, when we asked ourselves as a team, ‘what would we want in a care home of the future?’