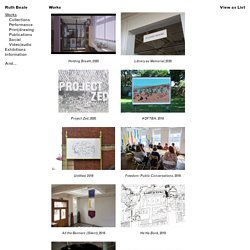 Oscar Bony. Oscar Bony (1941–2002) was an avant-garde artist known for his innovative and daring work. 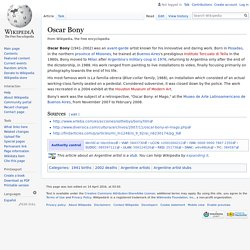 Born in Posadas, in the northern province of Misiones, he trained at Buenos Aires's prestigious Instituto Torcuato di Tella in the 1960s. Bony moved to Milan after Argentina's military coup in 1976, returning to Argentina only after the end of the dictatorship, in 1988. His work ranged from painting to live installations to video, finally focusing primarily on photography towards the end of his life. His most famous work is La familia obrera (Blue-collar family, 1968), an installation which consisted of an actual working-class family seated on a pedestal. Considered subversive, it was closed down by the police. Kasper Andreasen. Untitled Document. IAN CHENG. Forking at Perfection Mousse 49 Baby Island Simulator is a little game for encounters with a baby. 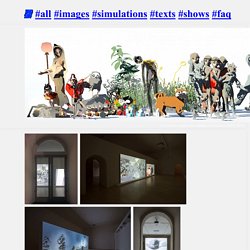 To play this game you need a human baby who cannot yet walk, placed on a large isolated surface like a bed or a kitchen island. You also need the presence of sympathetic adults. Now you do nothing. The game is painful at first because Baby instinctively expects an adult gaze and your adultness must fight the instinct to give attention back to Baby. Philip K. The opposite of a truth isn’t a falsity, it’s an ideal. What is the relationship between an ideal and a truth? ANDREA MCGINTY. Buzz Spector. Laura Aldridge. Sara index. 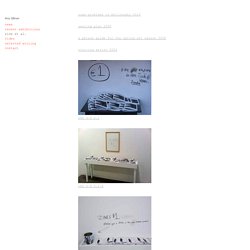 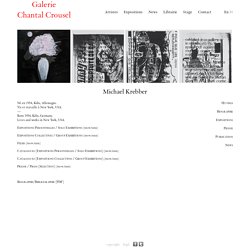 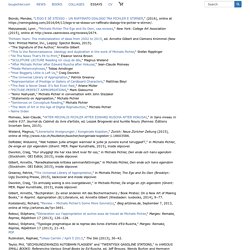 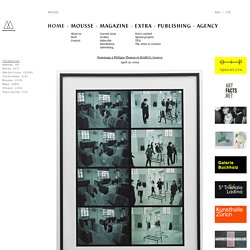 Displayed on all four floors of the building, it is divided into three sequences. “L’Ombre du jaseur (d’après Feux Pâles)” (‘The Shadow of the Waxwing (after Pale Fires)”) can be seen on the fourth floor. In 1990, CAPC (the Bordeaux Museum of Contemporary Art) invited Philippe Thomas to design the “Pale Fires” exhibition. Through his agency les readymade appartiennent à tout le monde®, Thomas saw the invitation from the museum as an opportunity to raise what he called ‘fictionalism’, the principle of fiction applied in his previous work, to the level of the institution, a neutral place of scientific knowledge that is not usually suspected of partiality. Philippe Thomas, “Feux pâles,” 1990 – THE ARTIST AS CURATOR #5. 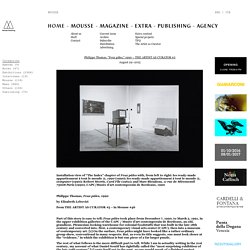 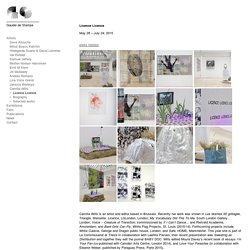 Recently her work was shown in Les drames 3D grillagés, Triangle, Marseille; Licence, LGLondon, London; My Vocabulary Did This To Me, South London Gallery, London; Voice ~ Creature of Transition, commissioned by If I Can’t Dance… and Rietveld Academie, Amsterdam; and Bard Girls Can Fly, White Flag Projects, St. Louis (2015/14). Babi Badalov. Eva Barto. Andrew Kerton: _fieldnotes. _fieldnotes is a solo performance by Andrew Kerton that can be considered an exercise in spatial embodiment exploring inner and outer physical limits through action, language, sensation and thought. 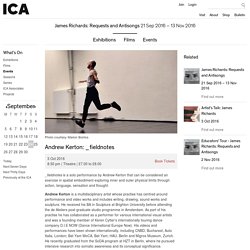 At its basis is "Pygmalion – a romance in five acts", a play from 1912 by Bernard Shaw. It tells of the power relations between language, class, and gender: working class girl Liza Doolittle is attracted by the notion that Professor Higgins can raise her social standing by teaching her to speak English like a lady. 21 translations of the play were collected and native speakers of each of these languages — from Turkish to Japanese, from Farsi to Czech — to take it in turns to translate it back into English, in an 8 hour session for a live audience at the London project space Kunstraum. She Put Me in Complexity of Words. Dora García. The Book. Dora Garcia. Dora García (Valladolid, 1965) studied Fine Arts at the University of Salamanca, Spain, and the Rijkakademie in Amsterdam, Holland.

She lives and works in Barcelona. Dora García uses the exhibition space as platform to investigate the relationship between the visitor, the artwork, and place. To this end the artist often draws on interactivity and performance. Through minimal changes, not encroaching on the space, the room is converted into a sensory experience, with each visitor leaving it again with his or her perceptions altered, or at the very least perhaps with a degree of skepticism. By engaging with Dora García's work we develop a sense to begin reading even the smallest signs as possible signifiers. Philippgufler. Evelyn Taocheng Wang. Cindy Coutant. Ben Cain. CURRENT : STUDIO FOR PROPOSITIONAL CINEMA. Mime Radio de Benjamin Seror. Caspar heinemann. Norbert Costin. This website is conceived as a time based artwork containing information; for any further inquiries, insight or proposals please write to: norbertcostin [at] gmail.com. LOUISE GUERRA : louiseguerra.