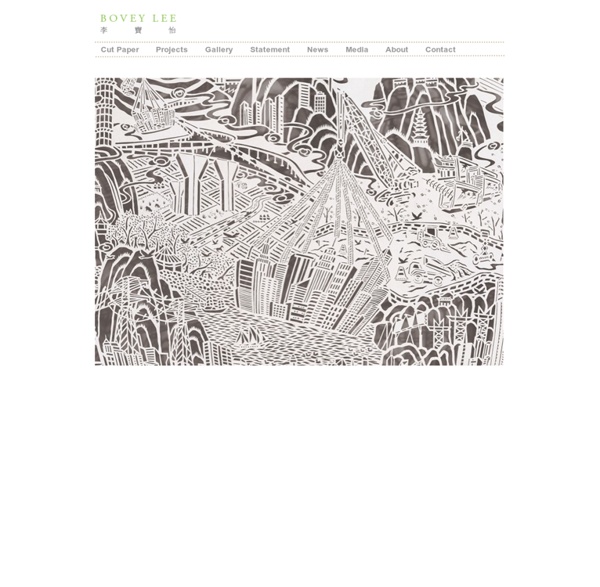 Made Not Manufactured - steve kenward photography Meeting the makers - highlighting some of the talented craftspeople that the UK has to offer. People that use traditional crafts to make something that still has relevance today. They are passionate about what they do and take care in everything they produce. Artist Creates Gigantic Winter Crop Circles Just by Walking in the Snow! While walking amidst white mountaintops and cozy ski lodges, Simon Beck creates enormous works of snow art that look like giant wintry crop circles. Believe it or not, the immense snow patterns are made entirely by foot - Beck creates them while he walks across the terrain in briquette snow shoes. The ephemeral art installations last only until the mountain winds blow them away across the valleys. Located in the beautiful valley of Savoie, France, Beck’s patterned snow circles decorate the expanses of the frozen lakes outside of the ski runs at Les Arcs ski resort. Overlooking Mont Blanc, the idyllic ski resort is a wonder of natural beauty – enhanced only by Beck’s designs. As each snow falls, sometimes daily, Beck designs and redesigns his incredible snow patterns over and over the same site.

Lieux de tous les jours sous dessins ajourés - Shamekh Bluwi Shamekh Bluwi, an Ammam, Jordan-based illustrator and architect, is creating a striking series of photographs that feature paper cutouts of women whose dresses can become literally anything… Shamekh’s sketches are completed with the patterns and scenery he encounters in his everyday life — From beautiful tiles…

Pierres en équilibre - Michael Grab Michael Grab is an artist that has been ‘rock balancing‘ since 2008. Much of his recent work has been done around the Boulder, Colorado area. Grab finds the process both spiritual and therapeutic. On his site gravityglue.com, Grab explains: news/news-5/ Azerbaijani artist Faig Ahmed is no stranger to fiber arts. Most of his works revolve around the construction and deconstruction of intricately patterned rugs and carpets. This three-dimensional installation straightforwardly titled Thread Installation deals with this similar concept of visualizing the breakdown of a complex design. Using the rectangular body of a typically Middle Eastern rug, Ahmed forms the contours of geometric patterns with thread, but two corners of the frame are left incomplete. These unfinished edges extend, in long pieces of thread, past the confines of the wall the rest of the work is affixed to as though the conceptual rug is unravelling.