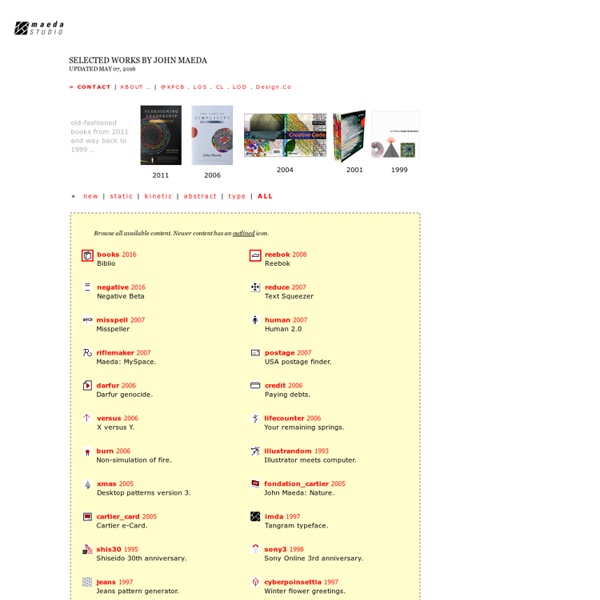 Inside artist Louise Bourgeois' New York home Spider (2003) by Louise Bourgeois (THE EASTON FOUNDATION) Gorovoy, now 60, met Louise in 1980 when he was curating at a small SoHo gallery. She didn’t like the way he had installed her work and barrelled through the door, ranting and raving until the two eventually resolved their differences over coffee. Not long afterward she invited him to the home that we are standing in now, where he realised instantly, as he wrote movingly in the days following her death, “that the way she spoke, lived and worked were all of a piece, inextricably linked together.” At the time of their meeting, Bourgeois had yet to achieve the incredible success that characterised the later decades of her life. Her first big show at MOMA was still two years in the future, and though she had been working on paintings, drawings and sculptures since the day she arrived in the city as a young bride in 1938, her name was still only known in dedicated circles.

Lampe murale MSC-R2 Serge Mouille Style pas cher Serge Mouille (1922-1984) French designer Serge Mouille is renowned for his great creations in the world of lighting. This designer started very young in the field of design. At 13 he began his training at the School of Applied Arts with Gabriel Lacroix as his professor; he was the youngest student ... know +

twoppy How to create a mobile event app with twoppy 1Event information Practical information about the event, e.g. venue information, driving directions, ticket information and other need to knows about the event. 2Maps You can choose to upload your own event map(s) and/or use Google maps. Add locations to the map in order to make it interactive with the program items. 3Performers Depending on the type of event you can add unlimited performers, e.g. speakers, exhibitors, artists, animals, attractions, etc. 4Program You can add unlimited program items, including title, description and performance image. 5Partners & Sponsors You can add unlimited sponsors and partners and present them with company name, logo, description and website. 6Branding To preserve the look and feel of your event you can add your own image to the dashboard. This will certainly emphasize the professionalism of your event. 7Publish your app You decide when your app is ready to go live.

Artport Commissions: {Software} Structure » Open Software Structures » Open text about the project by Casey Reas The catalyst for this project is the work of Sol LeWitt, specifically his wall drawings. I had a simple question: "Is the history of conceptual art relevant to the idea of software as art?" I began to answer the question by implementing three of Lewitt's drawings in software and then making modifications. After working with the LeWitt plans, I created three structures unique to software. These software structures are text descriptions outlining dynamic relations between elements.

The female artists reclaiming their bodies The female figure has been a central object of Western art since time immemorial: from Botticelli's marine nudes to Titian’s ravishing lovers and Courbet’s 1866 “Origin of the World”. But rarely have women’s representations of themselves been given air to breathe. As English art critic John Berger wrote in his 1973 Ways of Seeing, describing media culture’s shaping of gender politics and the woman as object: “Men act and women appear. Men look at women. Video Search Engine Script Would You like to start your very own, high profitable video search engine website? Introducing fully automatic Video Search Engine Script which fetch results not only from YouTube but also from many other sources. Read the full features list below. Features: Seo Friendly URLs, Titles and Meta Tags!Adsense OptimizedNo Database requiredMost recent search listThumbnails preview

Category Archives: Graphics 2D to 3DAstronomy | Anatomy series #2 | Anatomy Series #2 These 2D-3D graphics can be viewed with or without 3D Chromadepth glasses which can be purchase at www.3dglassesonline.com. Lillian Schwartz’s research began a number of years ago when she worked with art restorers in Italy to identify colors that had been lost in damaged art works, specifically frescoes by Piero Della Francesca. Working with individual pixels to determine the subtleties of the missing colors opened up other areas of study in anatomical structures, astronomical data obtained from telescopes, and her creations of the effects of global warming on our planet. Schwartz had been simultaneously working on images for 3D and found that she could “see” much more by alternating between 2D and 3D to separate areas that needed more detailed color decisions.