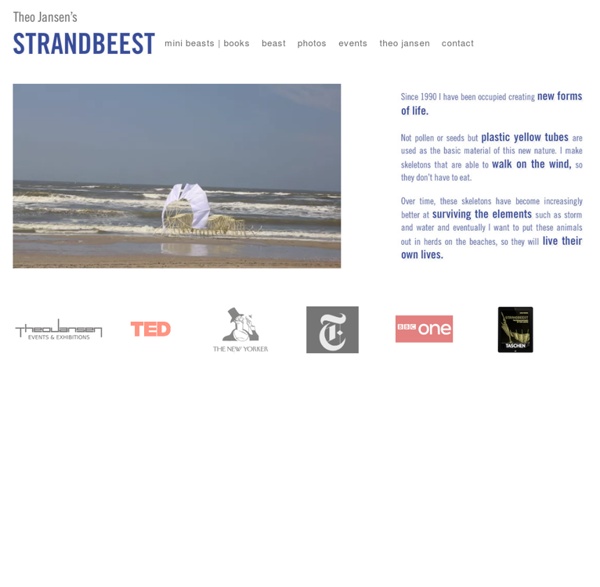 Rembrandt Self-portraits in chronological order Self-portraits in chronological order by REMBRANDT It is particularly interesting if the various stages of the creative renewal of an artist can be followed on self-portraits so that the change in style and the change in maturity can be studied simultaneously. Urban Painting Art: Some Fascinating Murals Graffiti has deeply settled in our current surrounding having turned blank city walls into real works of art. Today we’ll pay tribute to an amazing graffiti painting showing you fine wall creations related to urban murals. These are a few of the cooler wall paintings we’ve seen lately that cannot be regarded as unsightly damage or unwanted vandalism. They appear to jump off of the surfaces being picturesque and vivid, versatile and unexpected.

Best Street Art of 2011 - StumbleUpon December 27, 2011 | 72 Comments » | Topics: Art, Pics Hot Stories From Around The Web Other Awesome Stories Show Me Your Money Face! Proving that money can buy happiness, these money/face mashups are stacking up quick around the web. The visual trick has been around for a while now, but not until this week when Reddit user MadSon11 posted his head matched with Alexander Hamiltons jaw (above) did the meme really get some legs. Redditors the world over have posted images using both U.S. bills and their own currency.

Badass of the Week: Anthony Omari - StumbleUpon Anthony Omari Late on the night of January 23, 2012, a 24 year-old Kenyan uber-hero named Anthony Omari awoke to find three gigantic dudes with machetes standing over his bed. He knew right away that they weren't there to sell Girl Scout cookies or ask him for a jumping mid-air high-five. Omari is the custodian of Faraja Children's Home in Ngong, Kenya – a sanctuary of healing and love that over the past several years has grown from a tin-roofed one-room shack in the slums of Nairobi into a decent-sized facility that has taken in 37 boys and girls who have been abandoned or orphaned from the street.

Barnaby Furnas The explosive moment versus painting's innate stillness has been a central concern of Barnaby Furnas's work over the past decade. Drawing on US history and culture, the American artist presents restless, radiant paintings of subjects including Civil War-era battles and high-octane stadium rock gigs, chronicling crescendos of excitement - religious, political, sexual - as they career towards tipping points of uncertain outcome. These are at once brutal and elegant works, bound up with the excesses of the world yet brought into being through the prism of art history. From Cubism's fracturing of the picture plane, through Futurism's attempts to capture movement, via 'blood and guts' outpourings of Abstract Expressionist and the transcendental spaces of colour field painting, Furnas entwines history with art history in provocative combinations of narrative and form. Born in Philadelphia in 1973, Barnaby Furnas lives and works in New York.

Before I Die & Candy Chang What matters most to you Interactive public art project that invites people to share their personal aspirations in public. After losing someone she loved and falling into depression, Chang created this experiment on an abandoned house in her neighborhood to create an anonymous place to help restore perspective and share intimately with her neighbors. Circle Zip Earbud Pouch Tutorial - Dog Under My Desk I use a little zippered pouch to carry around my earbuds since they are the fancy microphone ones and I don’t want them to break or get tangled. Some of you have commented that you are looking for some small, simple gift ideas. This is definitely simple to make, and a little more fun than the typical rectangular zippered pouch! I can see these as the perfect gift for teenage cousins or nieces or girlfriends or even teacher gifts.

Steampunk Insects Created from Bullets Tom Hardwidge’s Arthrobots are robotic insects — steampunk creations made from upcycled gears, nuts, bolts… and bullets! All images courtesy of Tom Hardwidge . English artist Tom Hardwidge has an unusual specialty: creating steampunk insects from old, inactive ammunition and pieces of clockwork. Each piece is so delicately and masterfully crafted that it is sometimes hard to even imagine what the recycled components might once have been, or to decipher where one part ends and where the next begins. Even harder to believe is that Hardwidge creates steampunk insects only as a hobby; he is a digital designer by day and gets time to work as a creative insect maker only at night.