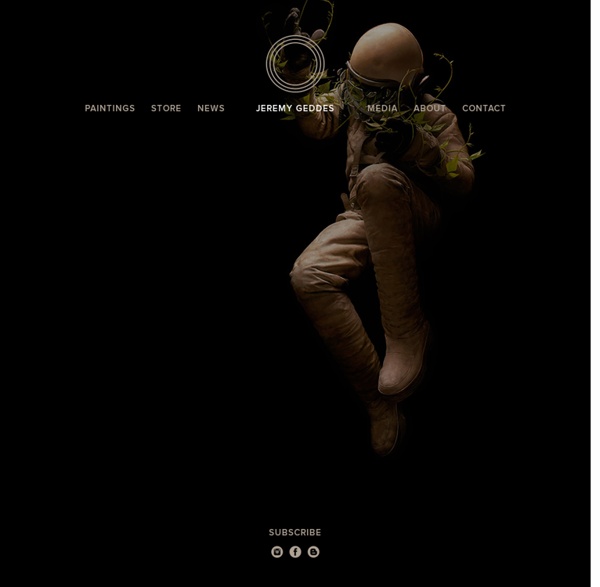 Jenny Saville JENNY SAVILLE The Mothers, 2011 Oil on canvas 106 5/16 x 86 5/8 inches (270 x 220 cm) Jenny Saville was born in Cambridge, England in 1970. In 1990, midway through her BA course at the Glasgow School of Art, Jenny Saville exhibited in Contemporary '90 at the Royal College of Art. J.W. Kinsey's Artifice Portfolio "the Hesterion: a wall sconce" - industrial grade resin, assorted electronics This is the Hesterion Wall Sconce. These are intended to be installed in multiples, surrounding a window or running down a hallway or library, for example. They do not need an existing electrical junction box, but rather simply surface mount to a wall with two screws. Power can be provided within either standard, inexpensive conduit or plastic plumbing hardware, or with a simple cord drop from a hole out the bottom of the fixture: some minor customization is expected on the part of the installer. The knob at the bottom of the fixture is the rotary On/Off switch.

juliandenarvaez New set of posters made for ADNEditorial Design, Illustration, Print Design2013 I had the pleasure once again of working with Folio art to produce the illustrations for this Douglas and gordon campaign. Special thanks to Chris Belson from Folio Art, for all his hard work and excellent management, and to Ellie Kingsbury also from Folio Art, for always being ready to collaborate. Drawing, Illustration2013 PAPA SANGRE It was really nice to illustrate this amazing application game in which I work with with two wonderful creative teams, Folio art and Something Else. Papa Sangre is a video game with no video. It’s a first-person thriller, done entirely in audio by an award-winning team of game designers, musicians, sound designers and developers.

Happy New Year Art Nouveau 2012 Happy New Year to all of my fellow Art Nouveau admirers! Here are some Tumblr images that have caught my eye so far in 2012...they are a little random! op imagen artística del día - junio «grasshoppermind op art image of the day – june Posted by grasshoppermind on June 2, 2012 Posted in: op art and geometric art. MotionPhone released for iPad and iPhone « Snibbe App Store MotionPhone App Enables a new Form of Visual Communication San Francisco, April 19, 2012 MotionPhone, a new app for the iPhone and iPad, enables a unique form of visual communication, allowing people to create animations together on iPads and iPhones. Old ships from “new” materials — John Taylor John Taylor 1954 — San Juan Capistrano, CA Sculptures from found objects When you look at John Taylor’s ships, is hard to believe that they haven’t just been pulled from the ocean floor.

Painting Hundertwasser painted wherever he was, at home, in nature and on the road, in cafés and restaurants, on the train or on aeroplanes, in hotels or at the homes of friends or acquaintances he was visiting. He had no studio and did not paint at an easel, but instead spread the canvas or sheet of paper flat in front of him. When he was on the road it could happen that he folded the paper, painting only on the visible part of his work. Drawings #4 « Anton Vill Art Paints Under Construction Sketchbook About Anton Vill is a visual artist from Estonia. Contact Lawrence Northey's Robot, Rocket, and Ray Gun Sculptures Lawrence Northey’s Robot, Rocket, and Ray Gun Sculptures Lawrence Northey’s sculptures of robots, rockets, and ray guns (oh my!) are what you’d have to call out of this world. Like the artists who created the Faberge eggs he admires, Northey uses a variety of materials and techniques. Most of these pieces feature brass, stainless steel, and glass. Sometimes cast aluminum or cast resin parts are also used, typically hand painted to give a uniform finish with the other parts.