The beauty of pollination 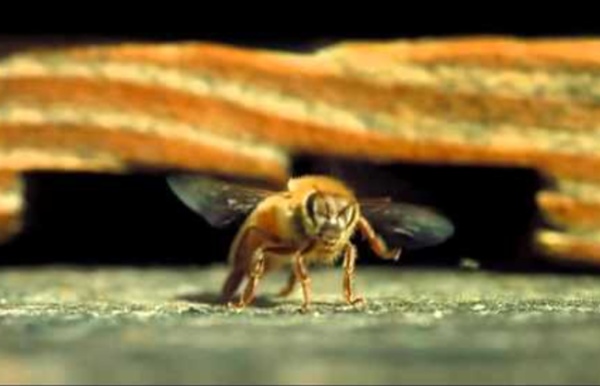 Graham Hill Explains How Less Stuff Leads to More Freedom at TED TreeHugger Founder Graham Hill stopped by the TED Conference recently to outline his LifeEdited project—and explain why a keen ability to edit will be the most important skill of the next century. Watch a video of the talk below:Watch the Video in Full Screen at Ted.com In the end, the goal of the LifeEdited project was not to strip everything away—rather, it was to cut down to the essential in order to open more opportunities with less space and fewer things. And moving into a sub-500 square foot apartment is not necessary.

The Slow Poisoning of India The Slow Poisoning of India is a 26-minute documentary film directed by Ramesh Menon and produced by the New Delhi-based The Energy and Resources Institute (TERI). It deals with the dangers of excessive use of pesticide in agriculture. India is one of the largest users of pesticide in Asia and also one of the largest manufactures. Watch Free Documentaries Online The Primacy of Consciousness The fundamental nature of reality is actually consciousness. In his documentary Peter Russell explores the reasons why consciousness may be the fundamental essence of the Universe. Many have made such claims from metaphysical perspectives, but the possibility has always been ignored by the scientific community. The Disappearing Male The Disappearing Male is about one of the most important, and least publicized, issues facing the human species: the toxic threat to the male reproductive system. The last few decades have seen steady and dramatic increases in the incidence of boys and young men suffering from genital deformities, low sperm count, sperm abnormalities and testicular cancer. At the same time, boys are now far more at risk of suffering from ADHD, autism, Tourette's syndrome, cerebral palsy, and dyslexia. The Disappearing Male takes a close and disturbing look at what many doctors and researchers now suspect are responsible for many of these problems: a class of common chemicals that are ubiquitous in our world. Found in everything from shampoo, sunglasses, meat and dairy products, carpet, cosmetics and baby bottles, they are called "hormone mimicking" or "endocrine disrupting" chemicals and they may be starting to damage the most basic building blocks of human development. (Excerpt from cbc.ca)

We are all dependent to each other. Taken from Louie Schwartzberg TED talk.To learn more about the artist who captured these magnificent shots of nature go to website: www.movingart.t by macopa Feb 1