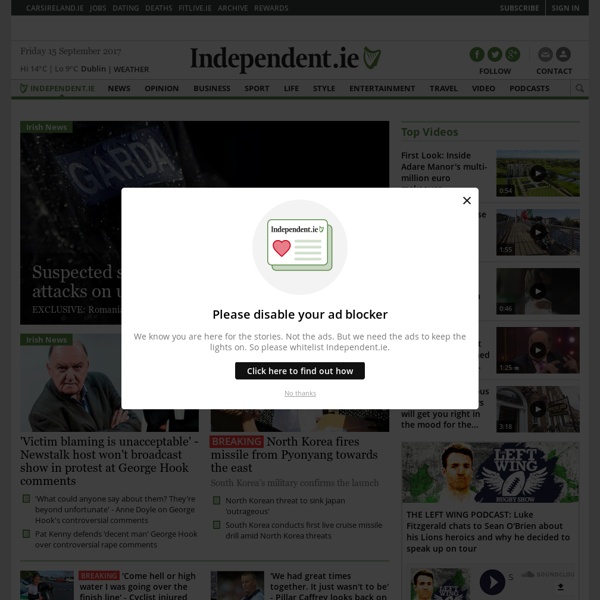 What is a Wiki War? Essentially a wiki war is an ‘edit war’ that occurs on Wikipedia. It happens when editors disagree on article content. The ‘war’ is when many points of view engage in three dimensional chess strategies with each other using Wikipedia policies or admin support to block editing permissions to those with opposing viewpoints, or how veteran Wikipedia contributor David Gerard puts it – “battles to the death for insanely low stakes”. It can be a seriously nasty business, and I’m skeptical that the stakes are so small. The general public is not aware what serious business it can be, because these activities are ‘buried out in the open’ in WikiMedia’s software system. Wikipedia is horribly complex and horribly time consuming.

Galway Advertiser - Local News, Sports, Entertainment, Community Events, Free Weekly Newspaper GALWAY ADVERTISER, April 10, 2014 Leisureland swimming pool will remain closed to the public until October or November, meaning Galway’s summing clubs are set for another nine months of having to suspend classes. Despite previous hopes that the Salthill facility would re-open in September, the works needed in both the pool and changing rooms mean it will be at least October before it can be re-opened. However swimming clubs fear the delay may extend until the start of 2015. Galway Advertiser, April 10, 2014. A STORY of love, beauty, chicken-chasing, daisy chains, cat-killing, French singing, dress-wearing, en-suite bathrooms, and the day at the pond.

Nocookies You have cookies turned off To use this website, cookies must be enabled in your browser. To enable cookies, follow the instructions for your browser below. Welcome to Politico.ie Politico.ie - Political and social affairs in Ireland, Irish magazine archives and "Tonight with Vincent Browne" Politico.ie is a current affairs website launched in October 2009. The site merges the best digital publishing tools with the best analysis of Irish and international political, social and cultural affairs from 1968 to the present day (see authors and features below). Politico.ie contains current affairs magazine archives from 1968-2008. It is updated regularly with topical news and commentary.

Charlie Hebdo investigator took own life hours after attack: report The Associated Press, Paris Wednesday, 14 January 2015 France ordered prosecutors around the country to crack down on hate speech, anti-Semitism and glorifying terrorism, announcing Wednesday that 54 people had been arrested for those offenses since terror attacks left 20 dead in Paris last week, including three gunmen. The order came as Charlie Hebdo’s defiant new issue sold out before dawn around Paris, with scuffles at kiosks over dwindling copies of the satirical newspaper that fronted the Prophet Muhammad anew on its cover. France has been tightening security and searching for accomplices since the terror attacks began, but none of the 54 people have been linked to the attacks. That’s raising questions about whether President Francois Hollande’s Socialist government is impinging on the very freedom of speech that it so vigorously defends when it comes to Charlie Hebdo.

Munster Express Online ‘Strong city voice needed on new Council’ Independent councillor in the Waterford City South area Sean Reinhardt launched his Local Election campaign at the Granville Hotel last week. The Lisduggan resident, who replaced TD John Halligan on the Council in 2011, has been a community activist for 30 years and, during that time, has been involved in some key initiatives in Waterford, including [...] T&H’s to be auctioned on March 6th Sherry FitzGerald John Rohan is overseeing the sale by public auction on Thursday, March 6th (at 12 noon) of well-known city hostelry T&H Doolan’s, which recently closed its doors, thus ending a centuries-long level of service on George’s Street.

About - Serial On January 13, 1999, a girl named Hae Min Lee, a senior at Woodlawn High School in Baltimore County, Maryland, disappeared. A month later, her body turned up in a city park. She'd been strangled. Her 17-year-old ex-boyfriend, Adnan Syed, was arrested for the crime, and within a year, he was convicted and sentenced to spend the rest of his life in prison. The case against him was largely based on the story of one witness, Adnan’s friend Jay, who testified that he helped Adnan bury Hae's body.

GRA head: Gardaí need more resources to counter dissidents GARDAÍ are not as well equipped to deal with the threat from dissident republicans as their counterparts in the North, according to the president of the organisation which represents the 11,500 rank and file members of the force. Garda Representative Association (GRA) president Damien McCarthy told Garda Commissioner Martin Callinan that frontline members of the force weren’t adequately equipped to counter the threat from dissidents and drug gangs. “They are organised criminal gangs building resources when ours are being reduced. While our colleagues north of the border (PSNI) have received nearly €300 million in additional funding to counter this rising threat, the Garda budget is reduced,” the GRA president said.