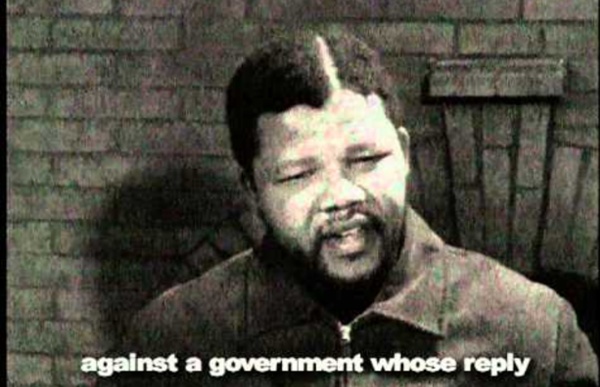 Emmeline Pankhurst - Women's Rights Activist - Biography.com Synopsis Emmeline Pankhurst was born in England in 1858. In 1903, she founded the Women's Social and Political Union, which used militant tactics to agitate for women's suffrage. Pankhurst was imprisoned many times, but supported the war effort after World War I broke out. Early Life Emmeline Goulden was born in Manchester, England, in 1858, on either July 14 or 15 [her birth certificate said July 15, but the document wasn’t filed until four months after her birth, and Goulden always stated she was born on July 14]. Goulden, the eldest daughter of 10 children, grew up in a politically active family. Marriage and Political Activism After studying in Paris, Goulden returned to Manchester, where she met Dr. Over the next decade, Pankhurst gave birth to five children: daughters Christabel, Sylvia and Adela, and sons Frank (who died in childhood) and Harry. The WSPU Takes Shape Coping with straitened circumstances and grief consumed much of Pankhurst’s attention for the next several years.

South Africa: Overcoming Apartheid We must find new lands from which we can easily obtain raw materials and at the same time exploit the cheap slave labor that is available from the natives of the colonies. The colonies would also provide a dumping ground for the surplus goods produced in our factories. Cecil John Rhodes The rise of apartheid in 1948 was a complex phenomenon. Some historians view it as a 20th-century development, closely linked to the peculiar evolution of South African capitalism, with its strong reliance on cheap black labor as advocated by Cecil Rhodes in the quote above. Three main, interrelated forces influenced the nature of South African society and economy: colonial conquest, the expansion of mining, and the actions ─ also known as “agency” ─ of individuals. We know little about the lives of ordinary people of these times, but archival evidence reveals glimpses of slaves’ struggles against harsh conditions imposed by their white oppressors.

Emmeline Pankhurst Emmeline Pankhurst, the eldest daughter of ten children of Robert Goulden and Sophia Crane Gouldon, was born in Manchester on 15th July, 1858. Her father came from a family with radical political beliefs. Emmeline's grandfather had been one of the crowd at the Peterloo Massacre in 1819 took part in the campaigns against slavery and the Corn Laws. (1) The eldest daughter in a family of ten children, Emmeline was expected to look after her younger brothers and sisters. Robert Gouldon was the successful owner of a cotton-printing company at Seedley. Robert Goulden was a friend of John Stuart Mill and supported his campaign to get women the vote. After a short spell at a local school, Emmeline was sent to École Normale Supérieure, a finishing school in Paris in 1873. Soon after her returned to Manchester, she met the lawyer, Richard Pankhurst. Richard Pankhurst became a leading figure in radical politics in Manchester. On 23rd June 1888, Besant wrote an article in her newspaper, The Link.

African Activist Archive Helen Keller - Biography - Educator, Journalist American educator Helen Keller overcame the adversity of being blind and deaf to become one of the 20th century's leading humanitarians, as well as co-founder of the ACLU. Synopsis Helen Adams Keller was born on June 27, 1880 in Tuscumbia, Alabama. In 1882, she fell ill and was struck blind, deaf and mute. Beginning in 1887, Keller's teacher, Anne Sullivan, helped her make tremendous progress with her ability to communicate, and Keller went on to college, graduating in 1904. In 1920, Keller helped found the ACLU. Early Life Helen Keller was the first of two daughters born to Arthur H. Keller was born with her senses of sight and hearing, and started speaking when she was just 6 months old. Loss of Sight and Hearing In 1882, however, Keller contracted an illness—called "brain fever" by the family doctor—that produced a high body temperature. Educator Anne Sullivan Looking for answers and inspiration, in 1886, Keller's mother came across a travelogue by Charles Dickens, American Notes. Videos

Detention without trial in John Vorster Square Sharpeville massacre - how it began, 1960-03-21, Original Source: Baileys African History Archive Sharpeville Massacre, 21 March 1960 Between 1960 and 1990, successive National Party governments in apartheid South Africa relied extensively on detention without trial as a weapon to combat political opposition, growing resistance and insurrection. Following the Sharpeville Massacre in 1960, the subsequent banning of the African National Congress (ANC) and the Pan African Congress (PAC), and the declaration of a partial state of emergency, Prime Minister HF Verwoerd appointed BJ Vorster as the Minister of Justice. Balthazar Johannes [Afrikaans equivalent to John] Vorster, who would later replace Verwoerd as Prime Minister, was a “verkrampte” - a hardline Afrikaner nationalist - who warned, '... the breakdown of law and order would not be tolerated under any circumstances whatsoever'. The state of emergency lasted 5 months, resulting in over 11500 detentions. Vorster, former internee, O.B. Dr.

Helen Keller Biography Helen Keller's Family Portrait of Helen Keller as a young girl, with a white dog on her lap (August 1887) Helen Adams Keller was born a healthy child in Tuscumbia, Alabama, on June 27, 1880. Her parents were Kate Adams Keller and Colonel Arthur Keller. On her father's side she was descended from Colonel Alexander Spottswood, a colonial governor of Virginia, and on her mother's side, she was related to a number of prominent New England families. After the war, Captain Keller edited a local newspaper, the North Alabamian, and in 1885, under the Cleveland administration, he was appointed Marshal of North Alabama. At the age of 19 months, Helen became deaf and blind as a result of an unknown illness, perhaps rubella or scarlet fever. When Helen Keller Met Anne Sullivan As she so often remarked as an adult, her life changed on March 3, 1887. Anne was a 20-year-old graduate of the Perkins School for the Blind. Anne believed that the key to reaching Helen was to teach her obedience and love.

CVET - Community Video Education Trust Bob Geldof - Songwriter, Activist, Singer, Philanthropist - Biography.com Bob Geldof is best known as the singer of the band the Boomtown Rats and for his political activism, particularly his anti-poverty efforts in Africa. Synopsis Born in Ireland in 1951, Bob Geldolf had a couple of hits with his band the Boomtown Rats in the 1980s, but it wasn't until Geldof formed the pop charity Band Aid trust in 1984 that he became widely known. Early Life and Music Career Famed rock musician, author and philanthropist Bob Geldof was born Robert Frederick Xenon Geldof on October 5, 1951, in Dublin, Ireland. Geldof studied at Black Rock College in Ireland and worked in Canada as a pop journalist before returning home in 1975 to form the successful punk-rock group the Boomtown Rats (1975-86). Charity Work Moved by television pictures of widespread suffering in famine-stricken Ethiopia, Geldof established the pop charity Band Aid trust in 1984, which raised $8 million for Africa famine relief through the release of the record Do They Know It's Christmas?. Personal Life Videos

Sharpeville Massacre, 21 March 1960 At the annual conference of the African National Congress (ANC) held in Durban on 16 December 1959, the President General of the ANC, Chief Albert Luthuli, announced that 1960 was going to be the "Year of the Pass." Through a series of mass actions, the ANC planned to launch a nationwide anti-pass campaign on 31 March - the anniversary of the 1919 anti-pass campaign. A week later, a breakaway group from the ANC, the Pan Africanist Congress (PAC) held its first conference in Johannesburg. Early in 1960 both the ANC and PAC embarked on a feverish drive to prepare their members and Black communities for the proposed nationwide campaigns. Although the protests were anticipated, no one could have predicted the consequences and the repercussions this would have for South African and world politics. The Pan Africanist Congress will shortly launch a nationwide campaign for the total abolition of the pass laws. The campaign was made known on the 18th of March.

Florence Nightingale | English nurse Florence Nightingale, byname Lady with the Lamp (born May 12, 1820, Florence [Italy]—died August 13, 1910, London, England), foundational philosopher of modern nursing, statistician, and social reformer. Nightingale was put in charge of nursing British and allied soldiers in Turkey during the Crimean War. She spent many hours in the wards, and her night rounds giving personal care to the wounded established her image as the “Lady with the Lamp.” Her efforts to formalize nursing education led her to establish the first scientifically based nursing school—the Nightingale School of Nursing, at St. Thomas’ Hospital in London (opened 1860). She also was instrumental in setting up training for midwives and nurses in workhouse infirmaries. Family ties and spiritual awakening Nightingale, Florence© The British Library/Heritage-ImagesFlorence Nightingale was the second of two daughters born, during an extended European honeymoon, to William Edward and Frances Nightingale. Homecoming and legacy

Oskar Schindler Biography - life, family, childhood, children, name, story, death, wife, school Born: April 28, 1908 Zwittau, Moravia, Austro-Hungarian Empire Died: October 9, 1974 Frankfurt, Germany German businessman German businessman Oskar Schindler became an unlikely hero when he saved hundreds of Jews in Poland and Czechoslovakia from death at the hands of the Nazis during World War II (1939–45). By employing them in his factory, Schindler protected them from the wrath of the Nazi Party and preserved generations of Jewish families. Early years Oskar Schindler was born in 1908 in the industrial city of Zwittau, Moravia, then a German province of the Austro-Hungarian Empire and now part of the Czech Republic. During the 1920s Schindler worked for his father selling farm equipment. Meanwhile, the political landscape in Europe was undergoing major changes, especially in Germany, where Adolf Hitler (1889–1945) and his Nazi Party began their rise to power. In Poland On September 1, 1939, Hitler invaded Poland, prompting Great Britain and France to declare war on Germany.

This pearl is a 13 minute segment of Nelson Mandela's life story. This man, who didn't want to live under constant oppression and fear, decided enough was enough and stood up to the governement. He wanted to change the governement by taking the place of the racists at its head. This act of rebellion, wich landed Nelson in jail for 20 years, can relate to Mattie's character in "Sweet Grass". by william_tarte Oct 7