Say farewell to Bethesda Hospital. ZANESVILLE – In 1888, fundraising for a hospital to be established in Zanesville stalled for nearly two full years before the women of the community finally did something about it. 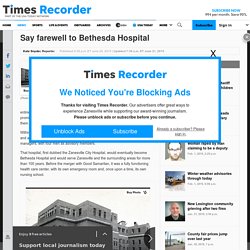 The way the story goes, according to Bethesda Hospital archives, the men that comprised the entirety of the board of Zanesville City Hospital Association were not keeping their promises to raise the money, so a group of "civic-spirited" women essentially told them to stand aside. Within six months, the needed money was raised, a deal and payment plan were set, and a location was purchased. Twenty-four women were selected for a board of managers, with four men as advisory members.

That hospital, first dubbed the Zanesville City Hospital, would eventually become Bethesda Hospital and would serve Zanesville and the surrounding areas for more than 100 years. Buy Photo 50 Photos A historic look at Bethesda Hospital 1 of 50 Autoplay Show Thumbnails Show Captions Early days When it opened in 1891, it had 12 beds. 1. 2. 3. 4. Village of New Concord, Ohio. Overview The Village of New Concord, Ohio was laid out on March 24, 1827. 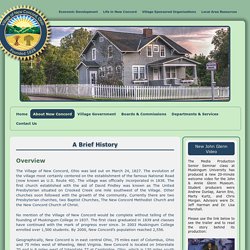 The evolution of the village most certainly centered on the establishment of the famous National Road (now known as U.S. Route 40). The village was officially incorporated in 1838. Tavern, Saint Clairsville, Belmont County, OH. The Library of Congress generally does not own rights to material in its collections and, therefore, cannot grant or deny permission to publish or otherwise distribute the material. 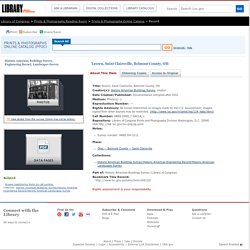 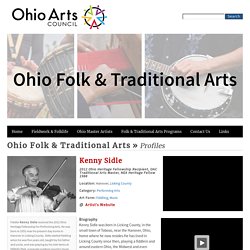 He was born in 1931 near his present-day home in Hanover in Licking County. Sidle started fiddling when he was five years old, taught by his father and uncle, and was playing by his mid-teens at Hillbilly Park, a popular outdoor country music venue near Newark. In 1967, Sidle joined the staff band on the Wheeling Jamboree, a weekly radio program on WWVA in Wheeling, West Virginia.

After retiring from Owens-Corning Fiberglass, Sidle turned his attention to competitive fiddling and has since won more fiddle contests than he can remember, including state championships in Ohio, West Virginia, Pennsylvania and Indiana and the senior title at the Tennessee Valley Old Time Fiddlers Competition. 730 Putnam Ave, Zanesville, OH, 43701 - Restaurant Property For Sale on LoopNet.com. 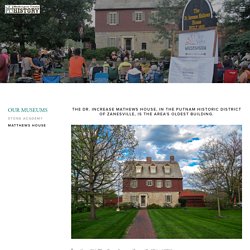 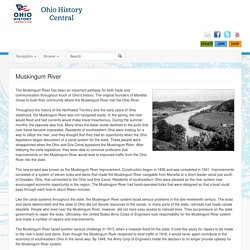 The original founders of Marietta chose to build their community where the Muskingum River met the Ohio River. Throughout the history of the Northwest Territory and the early years of Ohio statehood, the Muskingum River was not navigated easily. In the spring, the river would flood and fast currents would make travel treacherous. Y Bridge deemed unsafe, closed in 1900. Editor’s note: This is the third in a series of stories written by Norris F. 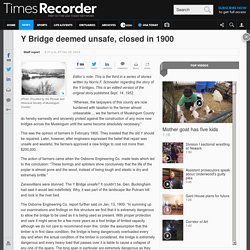 Schneider regarding the story of the Y bridges. This is an edited version of the original story published Sept. 14, 1952. Y Bridge deemed unsafe, closed in 1900. The storied Y Bridge. 1 of 25 Autoplay Show Thumbnails Show Captions 25 Photos. 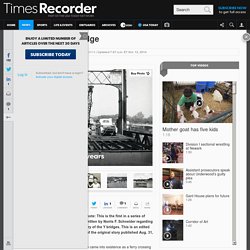 Untitled. Click on any of the images for larger viewing or download Zanesville Ohio's First Y Bridge: 1814 - 1818 Zanesville, Ohio came into existence when Colonel Ebenezer Zane contracted with congress to build a road from Wheeling, West Virginia to Maysville, Kentucky. 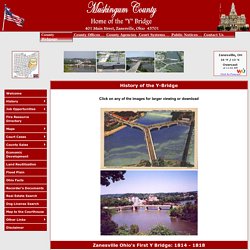 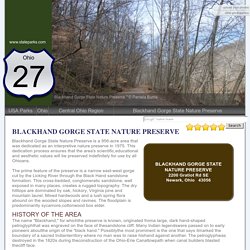 Past and Present of the City of Zanesville and Muskingham County, Ohio ... - J Hope Sutor. Zanesville - Kathryn Lynch, Michael S. Sims - Google Books. Market Street Baptist Church: 180 years of faith. ZANESVILLE – In the spring of 1835, 29 members decided to leave First Baptist Church and form their own congregation. They met in the Zanesville Academy building on Market Street, between Third and Fourth streets east of Potter Alley. The new congregation chose Market Street Baptist Church for its name. During the first year, the church’s first regular minister, the Rev. Hiram Gear, was added. The Rev. Within two years, the fledgling congregation decided it was time to build their own church. Although Mills was a member of the Presbyterian Church, he donated his land to the Baptists and gave them a large donation to start construction.

Within the next 10 years, 371 new members were added to the roster. Aboard the Underground Railroad. Putnam is one of the oldest settlements in the state of Ohio, established around 1800, and annexed into the adjacent city of Zanesville in 1872. The town's residents and institutions played an important role in the Underground Railroad and in Ohio's debate about the abolition of slavery. Putnam was home to prominent abolitionists as well as the location of two conventions of the Ohio Abolition Society.

The Stone Academy (115 Jefferson Street) is one of the oldest buildings in Putnam, built in 1809, and was the site of two conventions of the Ohio Abolition Society in 1835 and 1839. Noted abolitionist speaker Theodore D. The Crazy True Story of the Zanesville Zoo Escape. The miracle of the great Zanesville zoo escape—which began last fall when a depressed, desperate man named Terry Thompson set free his vast collection of exotic animals—was that not a single innocent person was hurt. The incident made global news. It also thrust into daylight, if only for a brief moment, a secret world of privately owned exotic animals living off the grid, and often right next door.

The building had been vacant for a dozen years. Zanesville - Kathryn Lynch, Michael S. Sims - Google Books. Man found burning on church steps was beaten to death, police say - News - The Columbus Dispatch - Columbus, OH. ZANESVILLE - The body of a 62-year-old homeless man was found burning on the steps of a Zanesville church over the weekend. Police have not yet identified the man, but say he was beaten to death before he was burned.