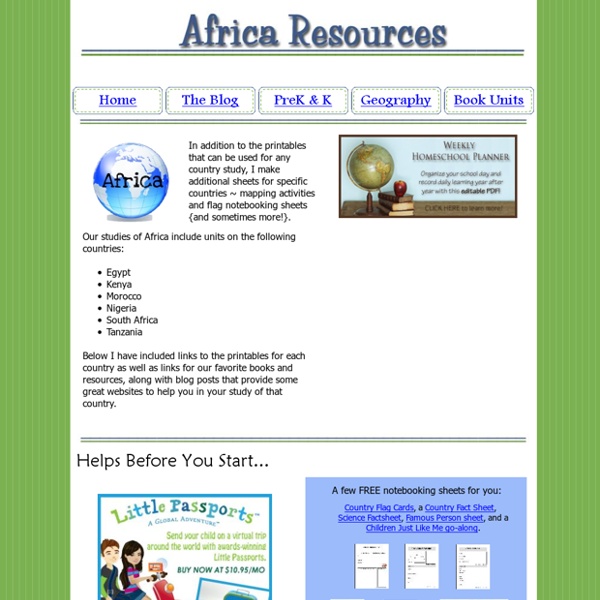 In addition to the printables that can be used for any country study, I make additional sheets for specific countries ~ mapping activities and flag notebooking sheets {and sometimes more!}. Our studies of Africa include units on the following countries:EgyptKenyaMoroccoNigeriaSouth AfricaTanzaniaBelow I have included links to the printables for each country as well as links for our favorite books and resources, along with blog posts that provide some great websites to help you in your study of that country. We took three weeks to study the country of Egypt and focused quite a bit on mummies and pyramids. Egypt is such a HUGE country to study with amazing history that could last for an entire year, and we only tapped into a little bit of what we could have. Our study included mummifying apples, making doll mummies and working on a small lapbook of things we had learned. If you'd like to see more detailed blog posts with day-by-day plans and links/resources, here are the links: