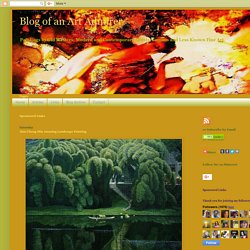 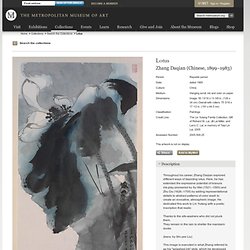 Here, he has extended the expressive potential of bravura ink-play pioneered by Xu Wei (1521–1593) and Zhu Da (1626–1705) by adding representational details to abstract patterns of color wash to create an evocative, atmospheric image. He dedicated this work to Lin Yutang with a poetic inscription that reads: Thanks to the silk-washers who did not pluck them,They remain in the rain to shelter the mandarin ducks. (trans. by Shi-yee Liu) This image is executed in what Zhang referred to as his "splashed-ink" style, which he developed in the mid- 1960s. Hiho / henshu iin. This series, with its comprehensive scope and visual material goes beyond the usual survey of Japanese religious sites. Temples, shrines, and their treasured objects that are important to the history of Japan are represented.

Prominent historians and art historians undertook this major project to commemorate the sixtieth anniversary of Kodansha, one of the leading publishers in Japan that specializes in culture. A collaborative effort, the series documents many artifacts usually hidden in treasury vaults. "Hihô" is a significant source of visual material on these religious sites, one of an unprecedented quality and thoroughness. Close attention is given to almost every aspect of the individual temples and their treasures, from well-known paintings and sculptures to small-scale ceremonial implements and written historical documents. Illustrated: vol. 8, p. 38, seated statue of Fudo Myo-o, Daigo-ji. 13053u.jpg (JPEG Image, 760x1631 pixels) - Scaled (39%) - StumbleUpon. - StumbleUpon. The Incredibly Detailed Drawings of Manabu Ikeda. The pen-and-ink drawings of Manabu Ikeda are enormous in both size and detail. 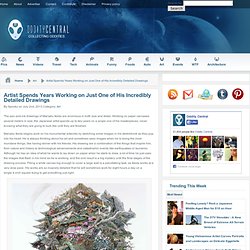 Working on paper canvases several meters in size, the Japanese artist spends up to two years on a single one of his masterpieces, never knowing what they are going to look like until they are finished. Manabu Ikeda begins work on his monumental artworks by sketching some images in his sketchbook as they pop into his head. He is always thinking about his art and sometimes sees images when he is doing the most mundane things, like having dinner with his friends. His drawing are a combination of the things that inspire him, from nature and history to technological advancements and catastrophic events like earthquakes or tsunamis.

Although he has an idea of what he wants to lay down on paper when he starts to draw, a lot of time he just uses the images that flash in his mind as he is working, and the end result is a big mystery until the final stages of the drawing process. Chinese Oil Painting P0501003. Chinese Painting, Calligraphy and Chinese Art for Sale. Explosions of Color from a Chinese Artist. Hua Tunan is a rising artist in China. Combining the traditional elements of Chinese art and culture with a modern twist, Hua brings about beautiful explosions on the canvas. Based out of Foshan, Hua (also known as 画图男) does performance and street art in addition to his paintings. His work has gathered the attention of companies such as Volvo, who flew him out to Zurich to do graffiti art on one of their blank cars for a performance. As his art continues to stimulate viewers, we at Visual News will keep an eye on him and his work at Chinese creative agency NeochaEDGE.

To see more of Hua Tunan’s works click here. ↬ neochaEDGE. Amazing art by Takato Yamamoto. In progress. Some in-progress teaser pics of my 'Hajimari' solo show coming up at Jonathan Levine Gallery in NY this coming Saturday. will post full images of all pieces after opening night happens. ;) 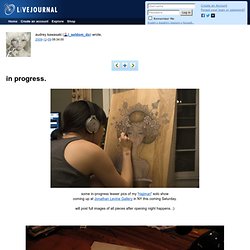 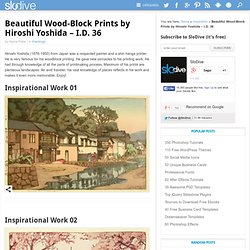 He is very famous for his woodblock printing.