All About South Africa 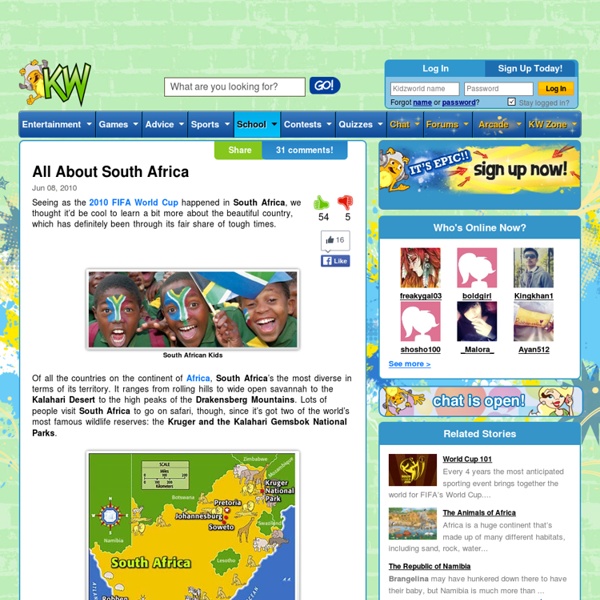 Elections in South Africa In elections of the National Assembly, every South African citizen who is 18 or older may vote, including (from the 2014 election) those resident outside South Africa. In elections of a provincial legislature or municipal council, only those resident within the province or municipality may vote. All elections are conducted by the Electoral Commission of South Africa, which is an independent body established by the Constitution. History[edit] At the Union[edit] In the Transvaal and the Orange Free State the vote was limited by law to white men over the age of 21. Enfranchisement of white women and poor whites[edit] At the next following general election in 1933, Leila Reitz was elected as the first female MP, representing Parktown for the South African Party. Segregation of black voters[edit] In 1936 the Hertzog government enacted the Representation of Natives Act, which removed black voters from the common voters' rolls and placed them on separate "native voters' rolls". Notes: See also[edit]

Mandela in the Movies: 10 Films About Apartheid A few weeks ago, the first black President of the United States saw a movie about the first black President of South Africa. Aside from that White House screening for Barack Obama, only four theaters are currently showing Mandela: Long Walk to Freedom, which goes into wider release on Christmas Day. So viewers curious to see how the movies have portrayed Nelson Mandela — the lawyer, outlaw and convict who compelled the Boer government to give equal rights to its black majority — must forage through Netflix or Amazon.com for older films. Perhaps no other historical figure could have seen his screen self played so favorably, and by such distinguished actors: Sidney Poitier, Morgan Freeman, Danny Glover, Terrence Howard, Idris Elba, Dennis Haysbert and, in a supporting role in the 2009 Endgame, Clarke Peters. The burden of Mandela movies is that almost all of them could be called 95 Years a Saint. Mandela: Long Walk to Freedom, 2013 Keith Bernstein / The Weinstein Company Invictus, 2009

English-speaking countries: Canada - Learning English Online Geography Canada is a country occupying(to fill either time or space) most of northern North America, extending from the Atlantic Ocean in the east to the Pacific Ocean in the west and northward into the Arctic Ocean. It is the world's second largest country by total area. Canada's common border with the United States to the south and northwest is the longest in the world. Canada's capital city is Ottawa. It is the fourth-largest municipality(a district with a government that typically encloses no other governed districts) in the country with a population of 1,130,761. Society and culture Canadian culture has historically been influenced by British, French, and aboriginal(original or indigenous to a place) cultures and traditions. Population Canada's total population in July 2010 was estimated to be 33,759,742 people. Languages Canada's two official languages are English and French. Religion Government and politics Economy

History of South Africa (1994–present) South Africa since 1994 transitioned from the system of apartheid to one of majority rule. The election of 1994 resulted in a change in government with the African National Congress (ANC) coming to power. The ANC returned to power in the subsequent elections in 1999, 2004 and 2009. Citizens born in this period are known as the born-free generation, and those aged 18 or older will be able to vote for the first time in the 2014 general election.[1] The TRC operated by allowing victims to tell their stories and by allowing perpetrators to confess their guilt, with amnesty on offer to those who made a full confession. In 1995, South Africa hosted and won the 1995 Rugby World Cup. In 1999, South Africa held its second universal-suffrage elections. While the ANC grassroots held Mbeki in far less affection than the beloved "Madiba" (Mandela), Mbeki proved himself a shrewd politician, maintaining his political pre-eminence by isolating or co-opting opposition parties.

Apartheid in South Africa Racial segregation in South Africa began in colonial times under Dutch rule.[6] Apartheid as an official policy was introduced following the general election of 1948. Legislation classified inhabitants into four racial groups, "black", "white", "coloured", and "Indian", with Indian and coloured divided into several sub-classifications,[7] and residential areas were segregated. From 1960 to 1983, 3.5 million non-white South Africans were removed from their homes, and forced into segregated neighbourhoods, in one of the largest mass removals in modern history.[8] Non-white political representation was abolished in 1970, and starting in that year black people were deprived of their citizenship, legally becoming citizens of one of ten tribally based self-governing homelands called bantustans, four of which became nominally independent states. Precursors of apartheid[edit] In the days of slavery, slaves required passes to travel away from their masters. Institution of apartheid[edit]