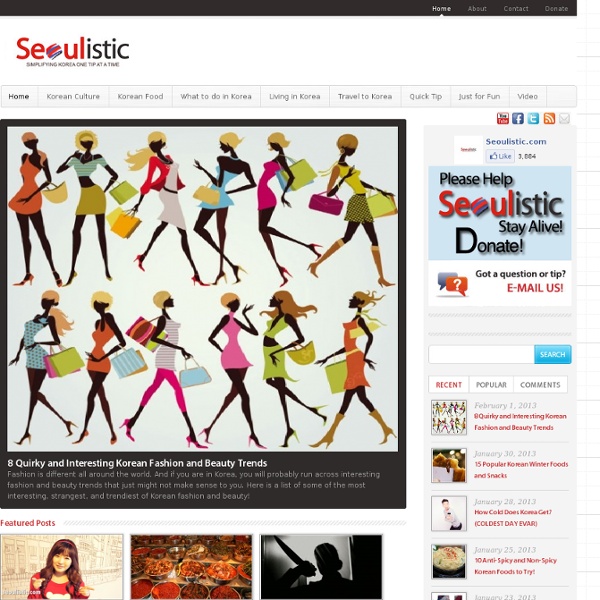 Politics of dynasty: The one thing that China, North Korea, Japan and South Korean share in common Dynastic politics seem to make a comeback in East Asia. First, Kin Jong-un took over North Korea after the death of his father. Then, Xi Jinping, the son of a communist politician veteran Xi Zhongxun, was announced the new leader of China for the next 10 years. On this past Sunday, Shinzo Abe, Japan’s ex-prime minister from 2006 – 2007 and grandson of Nobusuke Kishi, prime minister of Japan from 1957 to 1960, was elected again to lead the country. Just yesterday, Park Guen-hye, daughter of South Korea’s longest-ruling dictator Park Chuang-Hee, was elected the country’s new president. Political dynasties aren’t new in the history of East Asia, but in modern time when some countries adopted democracy and the others claimed to practice “socialism,” this is probably the first time when all four most-talked-about countries in the region follow father-son/daughter leadership at the same time. An era of Pin Die Pin die, a competition of family background The ruling class always rules Li Xiaopeng

Black Sushi Studios » Hangul Match Educational puzzle game for learning the Korean Hangul alphabet. Are you a big fan of Korean dramas or KPop? Would you like to be able to read Korean? Or maybe Gangnam Style got you interested in the beautiful language of Korea? You can forget about using any flash cards to memorize the Hangul characters. Learn to read Hangul, while having fun playing a rewarding game. With Hangul Match you pair a Hangul character with its romanized translation. Six fun & challenging game modes THE EASY CONSONANTS: Play through 58 levels and unlock all 19 consonants. Other Features Game Center leaderboards & achievements for all game modes Total of 36 challenging achievements iCloud save game support About Hangul browser for additional help on pronunciation Clear pronunciations by native Korean female iPhone 5 / iPad retina graphics Supports both landscape and portrait orientations Device Requirements iPhone, iPod Touch, iPad Requires iOS 4.3 or later Universal Application Screenshots

WOWSAN Korean-Americans Struggle to Balance East and West Identities  Korean-Americans Struggle to Balance East and West Identities Written by Guest On May 16, 2012 If you don’t like Daniel Henney for his acting, then it’s almost a given that you at least appreciate him for his out-of-this-world good looks. Daniel Henney’s come a long way since Sam Soon. So why is he still considered an outsider in Korean entertainment? As a Korean-American, Henney experiences what is called “double consciousness”: he takes on the challenge of balancing his Korean-ness with his American-ness. Henney’s upbringing in States coupled with a limited navigation of the Korean language have kept him boxed into K-drama roles that don’t challenge him as an actor. Henney is not the only Korean-American who faces the challenge of rectifying his Korean identity with his American identity. While the American soldiers must be brought to justice, I do not want relations between Korea and the United States, my home country, to become strained. News outlets misreported his statements as: Guest

Downloads available for MP3, PDF and videos! Talk To Me In Korean 안녕하세요! As we’ve announced on our Facebook page and on Twitter, we are going through some site maintenance as well as a partial site re-design to make TalkToMeInKorean.com more mobile-friendly. Right now, you can already access our website on any mobile device and enjoy our lessons on the go! But unfortunately, the layout change of the website is a very long process that takes a lot of time and effort, and we didn’t want to close the website while it is happening, so you might have seen some glitches here and there in the process. We are about 70% done with the transition process, and within a couple of days you will see everything working perfectly fine, and if there are missing links to downloadable files or audio players, you will also see them again on our site very soon! You can download MP3, PDF or video files from the small box below the main lesson banner (Do you see “Download Available” there?)

Individuality and Korean sense of Community When comparing themselves to what they perceive as Western culture, many Koreans I've met pride themselves and Korea as being a more "communal" society. They see western cultures and Americans as being individualistic and selfish, and not very good at being team players. It's one of the common questions/comments I get from Koreans regarding my time in the United States along with "What are black people like?" I have quickly learned that when somebody asks this kind of question, they're not really probing you for information, they're expecting you to give you an answer they want to hear. They want to affirm what they already think (this is a trait I've noticed with a lot of Koreans but that's another story). It's like when Koreans ask a foreigner if the food isn't too spicy, they want to hear that it is in fact too spicy so they can nod to themselves after affirming that Korean food is indeed too spicy for foreigners. I find Koreans to be extremely selfish.

100 Ways to Simplify Your Life (and Make Yourself Happier) I’ve been striving to simplify my life for many years now, and have recently (through my writing) been advising others how to do the same. In the process, I’ve learned that making little changes in our attitudes, habits, and environment can have a big impact. So today, I thought I’d compile a list of 100 ways to simplify your life – from the practical to the philosophical, and everything in between. Of course, not every item on the list will work for every person reading it. AROUND THE HOUSE1. WARDROBE AND STYLE21. KITCHEN AND DINING36. OFFICE AND TECH46. TIME MANAGEMENT66. ATTITUDE81. MISCELLANEOUS96.