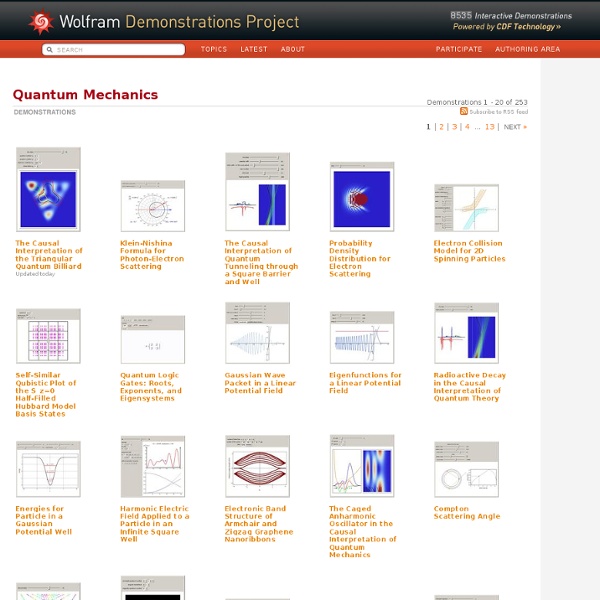 The Wicker Man (1973 Edit Storyline Sgt. Nanotechnology Basics Home > Introduction > Nanotechnology Basics Nanotechnology Basics Last Updated: Friday, 14-Jun-2013 09:28:04 PDT What is Nanotechnology? Answers differ depending on who you ask, and their background. Broadly speaking however, nanotechnology is the act of purposefully manipulating matter at the atomic scale, otherwise known as the "nanoscale." Top 5: Places to visit with a Harry Potter theme Visit the magical Alnwick Castle iStockphoto / Thinkstock The final Harry Potter film Harry Potter and the Deathly Hallows Part II premieres on 7 July, marking the end of an era for a generation of film buffs; but the magic of Hogwarts and its famous bespectacled graduate will live on at a number of locations. The Ultimate Field Guide to Subatomic Particles This is, for the most part, an accurate article, except for a few statements. "Exactly what makes a fermion a fermion is a bit complicated, but suffice it to say that fermions are all the particles that deal with matter. So what about the last group of elementary particles, the ones that don't deal with matter? These are the bosons, and they deal with the fundamental forces of the universe." The statements above can be misinterpreted as suggesting that fermions are defined as particles that deal with matter and bosons are defined as particles that deal with forces.

Alien Worlds: Shedding light on our unearthly universe We've been enraptured by this most eye-catching of constellations since ancient times. It's a beautiful sight that dominates our winter skies in northern latitudes. The constellation was named after Orion the Hunter, a character in Greek mythology. But those ancient stargazers could never have dreamt of the tremendous details that modern astronomy has uncovered about this star system. Story continues below animation. Download this animation from iTunes U HomeschoolScientist Upload TheHomeschoolScientist.com Subscription preferences Loading... Working... HomeschoolScientist

Penn study shows why sleep is needed to form memories PHILADELPHIA – If you ever argued with your mother when she told you to get some sleep after studying for an exam instead of pulling an all-nighter, you owe her an apology, because it turns out she's right. And now, scientists are beginning to understand why. In research published this week in Neuron, Marcos Frank, PhD, Assistant Professor of Neuroscience, at the University of Pennsylvania School of Medicine, postdoctoral researcher Sara Aton, PhD, and colleagues describe for the first time how cellular changes in the sleeping brain promote the formation of memories. "This is the first real direct insight into how the brain, on a cellular level, changes the strength of its connections during sleep," Frank says. The findings, says Frank, reveal that the brain during sleep is fundamentally different from the brain during wakefulness. "We find that the biochemical changes are simply not happening in the neurons of animals that are awake," Frank says.

A Father Who Creatively Captures His Kids (20 photos) If there was a prize that could be given out to the most creative father, I'd hope that it was awarded to Jason Lee. A wedding photographer by day, he's used to capturing some of the most important moments in a couple's lives. As a longtime fan of Jason's photos on Flickr however, I think the real magic happens when he turns the camera onto his daughters. Sure, his children are adorably cute in their own right, but that's not what makes his photos so interesting. It's when he puts his own spin on their everyday moments that we not only get to experience our own childhood again, we're able to see a father's pride shine through.