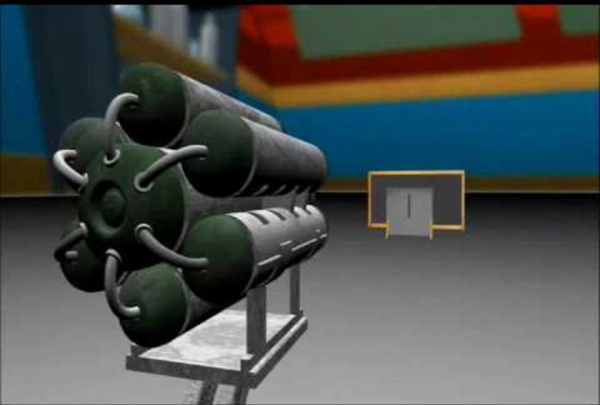 The Awakening - Mécanique quantique du cerveau humain et la conscience «Times End Game Before reading this interesting and potentially life changing blog, it would be a good idea to watch the following short videos at the links provided below; and read the article, third link below, as a prerequisite if one does not understand the double slit experiment or basic quantum physics. Dr. Granville Dharmawardena of the University of Colombo writes that psychologists often speak of the mind and the body as two separate entities for convenience, but most acknowledge that they are intimately entwined. Yet none knows exactly how or how intimately. So the mind body problem keeps stubbornly resisting a definite solution. Philosopher John Searle (Mills Professor of Philosophy, University of California, and Berkley) says that today’s philosophers are reluctant to tackle such big problems as how people have been trying to understand their relationship to the universe.

An Idiot's Guide to Teleportation » SciFi Ideas / SciFi Ideas With contributor Harel Dor recently sharing with SciFi Ideas a story idea that makes full use of teleportation technology – Meet the Beamies – I thought it was high time we discussed teleportation in detail. Teleportation is one of science fiction’s most fascinating and useful ideas, being both a cool gadget and a clever narrative device; however, with lots of talk about quantum entanglement, ideas about how teleportation might actually be achieved can also be very complex. To help you understand what the science geeks are talking about and dispel some of the myths about the reality of teleportation, here’s an idiot’s guide to what this word actually means. Is Teleportation Possible? Teleportation is impossible.

TreeIncarnation The Science of Meaning NEW WEBSITE: Video Presentation by Lelabear Science is searching for a Grand Unified Theory which integrates our knowledge into one encompassing solution. That search ends here, with a breakthrough discovery of the underlying structure of a mind-matter system. That discovery unifies mind and matter.

Qu'est-ce que Quark Want to stay on top of all the space news? Follow @universetoday on Twitter Asking the right questions? World’s First Perpetual Motion Machine? Can this machine operate forever? Since at least the 12th century, man has sought to create a perpetual motion machine; a device that would continue working indefinitely without any external source of energy. A large scientific contingent thinks such a device would violate the laws of thermodynamics, and is thus impossible.

Ligne du temps: 800BC-700AD Indian mathematicians are marked in red Other non-Greek mathematicians are marked in blue For the purposes of this diagram, if birth or death dates are not known, we have assigned a life span of 60 years. Scroll the window to see the whole diagram Physicists Achieve Quantum Teleportation of Photon Over 25 Kilometers For the first time, a team of physicists have successfully teleported a quantum state of a photon to a crystal over 25 kilometers away through a fiber optic cable. This effectively showed that the photon’s quantum state, not its composition, is important to the teleportation process. The team was led by Nicolas Gisin of the University of Geneva and the results were published in the journal Nature Photonics.

ZEITGEIST THE MOVIE REMASTERED : Peter Joseph <div style="padding:5px; font-size:80%; width:300px; background-color:white; margin-left:auto; margin-right:auto; border:1px dashed gray;"> Internet Archive's<!--'--> in-browser video player requires JavaScript to be enabled. It appears your browser does not have it turned on. Hawking Radiation Recreated In A Laboratory A researcher claims to have produced a simulation of Hawking radiation, which if true will give physicists the chance to test one of Stephen Hawking's most significant predictions. In 1974, Hawking upended ideas about black holes with his theory that just outside the event horizon, particle-antiparticle pairs should appear as a result of the black hole's gravitational field. One of these would be drawn into the hole, but the other escape.

Higgs boson, scalar fields, and a victory for string theory A celebration of scalar fields in string theory Because the Higgs boson became such a standard player in mainstream particle physics in the recent 50 years, people underestimate the importance of the looming discovery of the first spinless elementary particle we know in Nature as a sign that string theory is on the right track. The God particle may look boring: it seems like just another elementary particle in Nature. One may understand the Higgs mechanism – one with the Mexican hat potential sketched above – which gives masses to all particles and that's it. However, this intellectual content is limited only because the people's way of looking at the field is so narrow-minded and skewed, based purely on the philosophy of elementary courses in quantum field theory. However, string theory tells us that there are many ways how to think different, many new angles from which we should look at similar particles and related mechanisms.

When Parallel Worlds Collide . . . Quantum Mechanics Is Born Parallel universes – worlds where the dinosaur-killing asteroid never hit, or where Australia was colonised by the Portuguese – are a staple of science fiction. But are they real? In a radical paper published this week in Physical Review X, we (Dr Michael Hall and I from Griffith University and Dr Dirk-André Deckert from the University of California) propose not only that parallel universes are real, but that they are not quite parallel – they can “collide”. In our theory, the interaction between nearby worlds is the source of all of the bizarre features of quantum mechanics that are revealed by experiment.

Not Even Wrong Graham Farmelo has posted a very interesting interview he did with Witten last year, as part of his promotion of his forthcoming book The Universe Speaks in Numbers. One surprising thing I learned from the interview is that Witten learned Calculus when he was 11 (this would have been 1962). He quite liked that, but then lost interest in math for many years, since no one gave him more advanced material to study. After years of studying non math/physics subjects and doing things like working on the 1972 McGovern campaign, he finally realized physics and math were where his talents lay.