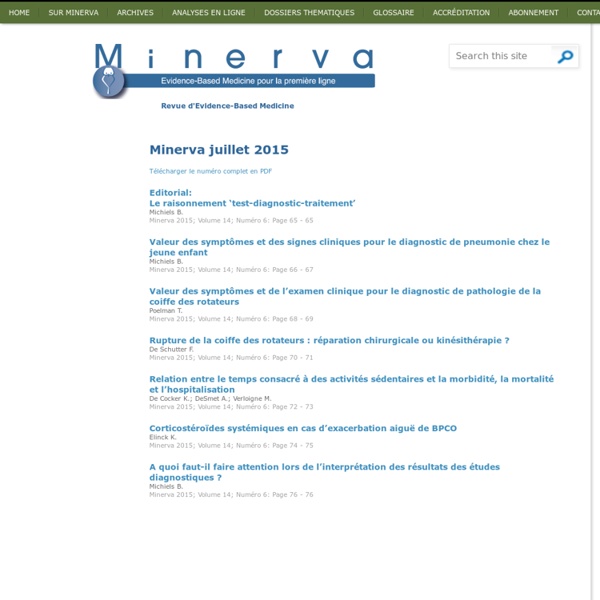 Résumés des connaissances cliniques du NHS - sujet clinique - Engelures ... Voir scénario complet <p class="jsError"> You MUST <a href=' here</a> to access the reduced functionality version of the CKS website as scripting has been disabled.</p> How do I know my patient has it? Chilblains are diagnosed on clinical grounds. Elsevier published 6 fake journals The Atrophy Of Objectivity\n\nIf I were to rate the corruptive tactics performed by big pharmaceutical companies during my intimate experience with them , the frequent and intentional strategy of implementing fabricated and unreliable results of clinical trials performed by others possibly tops the list. \n\nA list of corruptive tactics by the pharmaceutical industry that sponsors such trials. By this atrophy of the scientific method absent of authenticity that has been known to occur, harm and damage is possibly done to the health of the public. \n\nMost would agree that the science of research should be sound and as aseptic as possible- completely free of deliberate and reckless interference.

Conflicts of interest at Food and Chemical Toxicology and Elsevier The journal that published Seralini's paper and its publisher are enmeshed in conflicts of interest with industry. Information has been trickling in that sheds more light on the corporate influence on Food and Chemical Toxicology (FCT), the journal that retracted the Seralini study on GM maize and Roundup; its editor, A. Wallace Hayes; the former Monsanto scientist Richard E. Goodman, appointed as FCT's editor for biotech papers; and FCT's publisher, Elsevier. Retraction wars: is science broken? – Jill Neimark On 5 August 2014, a celebrated Japanese scientist was found dead, hanging by his neck at his workplace, his shoes politely removed and placed on the landing of the stairs. Yoshiki Sasai, 52, was a legendary stem-cell expert, widely regarded as an exceptional scientist, who worked at the RIKEN Center for Developmental Biology in Kobe. Seven months before he killed himself, Sasai and colleagues in Japan and Boston announced a stupefying research breakthrough in two papers in Nature. They claimed that ordinary mouse blood cells could be transformed into powerful stem cells – the holy grail of regenerative medicine – by simply bathing them in a mildly acidic solution (called STAP, for stimulus-triggered acquisition of pluripotency). Almost instantly, the work was called into question. Accusations surfaced in the science blogosphere that images in the papers had been duplicated or altered, and at least eight scientists announced that they were unable to reproduce the experiment.

Map: explore the human disease network. Dataset, interactive map and printable poster of gene-disease relationships. Curious about the Diseasome map? Here are some answers to the most common questions asked: I. Drawing the map The Diseasome map is composed of 516 diseases and 903 genes - using the data of Marc Vidal, Albert-Laszlo Barabasi and Michael Cusick. Falsification, Fabrication, and Plagiarism: The Unholy Trinity of Scientific Writing Article Outline One of the greatest, and sadly all too common, challenges facing a contemporary medical journal editor is the adjudication of ethical integrity issues. I had originally presumed that this would be just an occasional role, but it transpires that these problems are quite widespread, ranging from unconscious and unwitting naiveté to the conscious and willful betrayal of scientific trust. As a journal, we have no significant powers of investigation, and determining, often years after publication, what is truth and what is fiction can be impossibly hard. The International Journal of Radiation Oncology · Biology · Physics (the Red Journal) editorial board wishes to lay down an unambiguous, bright line that distinguishes the acceptable from the unacceptable so that no author can, in retrospect, say they were not warned.

Why Most Published Research Findings Are False Summary There is increasing concern that most current published research findings are false. The probability that a research claim is true may depend on study power and bias, the number of other studies on the same question, and, importantly, the ratio of true to no relationships among the relationships probed in each scientific field.