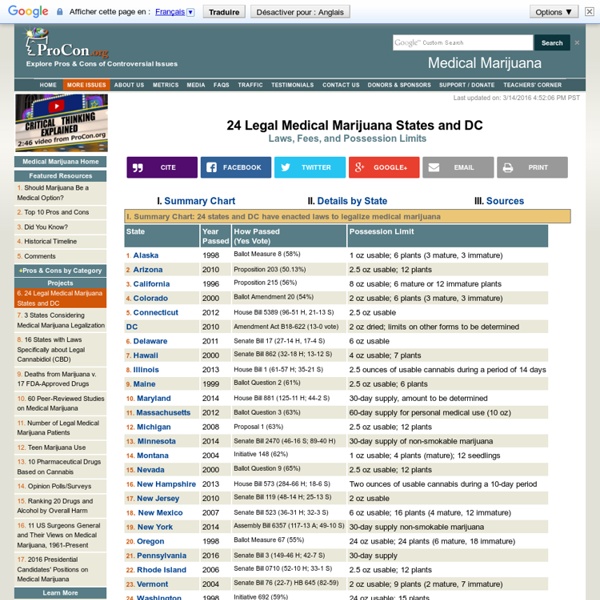 Should Governments Legalize and Tax Marijuana? The war on drugs is an expensive battle, as a great deal of resources go into catching those who buy or sell illegal drugs on the black market, prosecuting them in court, and housing them in jail. These costs seem particularly exorbitant when dealing with the drug marijuana, as it is widely used, and is likely no more harmful than currently legal drugs such as tobacco and alcohol. There's another cost to the war on drugs, however, which is the revenue lost by governments who cannot collect taxes on illegal drugs. Marijuana Legalization and the Revenue From Marijuana Sales The study estimates that the average price of 0.5 grams (a unit) of marijuana sold for $8.60 on the street, while its cost of production was only $1.70. Legalized Marijuana Profits to the Government Stephen T. Marijuana Supply and Demand One interesting thing to note from such a scheme is that the street price of marijuana stays exactly the same, so the quantity demanded should remain the same as the price is unchanged.

Mexican American and white American school dropouts' drug use, health status, and involvement in violence. Waiting to Inhale (2005 Marijuana's health effects: Memory problems, addiction OK, so marijuana is now legal in Washington state. But does that mean it's good for you? "Daily use increases the risk of becoming dependent," says Roger Roffman, a professor emeritus at the University of Washington's School of Social Work. He supported Initiative 502, which called for the legalization of a small amount of marijuana for adults 21 and older in Washington. Roffman says there are positive effects of marijuana use: It can help people relax and interact with others. But dependence can cause impairment or distress and other effects that interfere with other areas of life, he says. THC, the active ingredient in marijuana, "hijacks and corrupts" the natural process of endocannabinoids, a key family of chemicals that help guide the brain in proper maturation, says Ruben Baler, a neuroscientist with the National Institute on Drug Abuse (NIDA). POLL: Feds should back off when states legalize pot And, yes, marijuana is addictive, adds Baler. Impaired short-term memory.

Medical Marijuana May Become Decriminalized in 7 States Toking-up on medical marijuana may be legal in seven states after the November election. As of June 1, Ohio, Illinois, New York, Missouri, Pennsylvania, Massachusetts and New Hampshire included medical marijuana decriminalization amendments on the fall ballot or before the state assembly, according to the Pro-Con website. The regulated use of organic cannabis would allow patients the ability to opt for natural rather than synthetic medications created in a laboratory environment. A total of 16 states and the District of Columbia currently permit the regulated use of medical marijuana, the New York Times reports. Although state laws will permit varying levels of sanctioned organic cannabis usage if the proposed measures pass, federal laws still consider any ingestion or possession of marijuana a criminal act. Illinois – House Bill 0030 is a pilot program valid for only three years.

Drug Abuse More Common Among Dropouts, Study Finds : Youth: Teen-agers who quit school also report much higher rates of criminal activity. Findings highlight need for intervention at an earlier age, officials say. Shedding light on the web of troubles that ensnare youths who quit school, a new statewide survey shows that teen-age dropouts abuse drugs and alcohol and engage in criminal activities at dramatically higher rates than students who stay in school. Dropouts were three times more likely to use methamphetamines, five times more likely to use cocaine or crack, and twice as likely to use LSD than their in-school counterparts. They reported weekly alcohol use rates twice as high as that of students--with beer the leading intoxicant--and were more likely to drive while drunk. Dropouts also ranked higher than students on a wide range of other problem behaviors, such as involvement in fights, selling or dealing drugs and committing a crime to obtain drugs. "We hope people will focus on how serious the dropout problem is and what the ramifications are," said state Supt. of Public Instruction Delaine Eastin. The survey results were based on responses from 1,243 dropouts from 20 communities statewide.

Drugs and High School Drop Outs | Addiction Solution Source July 30th, 2010 · No Comments Published online in July in the Journal of Psychiatric Research, the study “Childhood and Adolescent-onset Psychiatric Disorders, Substance Use, and Failure to Graduate High School on Time” found that 29 percent of students who used tobacco failed to complete high school on time. Twenty percent of teens who used alcohol and 24.6 percent of teens who used drugs dropped out. Existing literature suggests that poor educational performance contributes to smoking. The study also stated that 32.3 percent of students with the combined type of ADHD — which incorporates hyperactive and inattentive symptoms — drop out of high school. “Understanding the factors that contribute to dropping out of high school has major public-health implications, given that a third of youth in this country do not complete high school on time. “If you don’t have your high school degree, you’re going to have less income. More info: sciencedaily.com/releases/2010/07/100727142413.htm

Marijuana Facts For Teens | 4therapy.com Q: What is marijuana? Aren't there different kinds? A: Marijuana is a green, brown, or gray mixture of dried, shredded leaves, stems, seeds, and flowers of the hemp plant. Sinsemilla (sin-seh-me-yah; it's a Spanish word), hashish ("hash" for short), and hash oil are stronger forms of marijuana. All forms of marijuana are mind-altering. Q: How is marijuana used? A: Marijuana is usually smoked as a cigarette (called a joint or a nail) or in a pipe or a bong. Q: How long does marijuana stay in the user's body? A: THC in marijuana is strongly absorbed by fatty tissues in various organs. Q: How many teens smoke marijuana? A: Contrary to popular belief most teenagers have not used marijuana and never will. Q: Why do young people use marijuana? A: There are many reasons why some children and young teens start smoking marijuana. Others may think it's cool to use marijuana because they hear songs about it and see it on TV and in movies. Q: What happens if you smoke marijuana? A: Yes. A: It can.