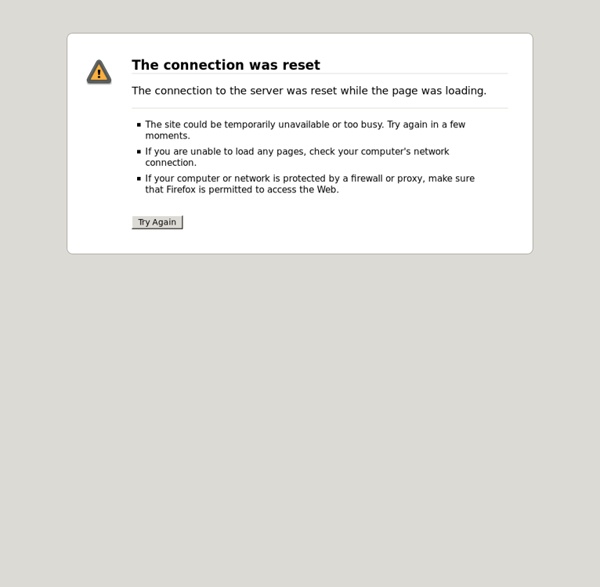 Collecting rainwater now illegal in many states as Big Government claims ownership over our water : HerbNET - The Most Comprehensive Site for All Things Herbal Holistic Living Gagging order for scientists probing dolphin deaths By Daily Mail Reporter Updated: 12:39 GMT, 26 March 2011 Scientists probing the deaths of baby dolphins in the area affected by last year's BP oil spill have been ordered by the government not to speak about the project. Wildlife biologists who have been contracted by the National Marine Fisheries Service to investigate a huge rise in dolphin mortality this year must keep their findings confidential. The gagging order was imposed because the review of the deaths is part of the federal criminal investigation into last year's BP disaster. Death on the sands: Evidence from the spike in deaths in the last three months is being collected for a criminal case, civil litigation and a detailed study of the environmental effects of last year's mammoth oil spill About 90 dolphins died last year, but this year the toll has jumped to 200 already. 'The chain of custody is being closely watched. Young victims: Up to 200 carcasses have been washed up along the Gulf's shores since mid-January

Trouble Sleeping? Make Sure You Turn Glowing Gadgets Off After Sunset There's growing concern among experts that the proliferation of glowing gadgets like computers may fool your brain into thinking that it's still daytime after the sun has gone down. Exposure during the night can disturb sleep patterns and exacerbate insomnia. Such concerns are not new -- Thomas Edison may have created these problems when he invented the light bulb. But the problem has grown worse thanks to the popularity of Apple's new slate computer, the iPad. Many consumers use an iPad to read at night, and unlike paper books or e-book readers like the Amazon Kindle, which does not emit its own light, the iPad's screen shines light directly into your eyes from a relatively close distance. According to CNN: "That makes the iPad and laptops more likely to disrupt sleep patterns than, say, a television sitting across the bedroom or a lamp that illuminates a paper book, both of which shoot far less light straight into the eye, researchers said." "J.D. Daytime Light Exposure Matters as Well

Ptak Science Books BP gets OK to dump mercury into Lake Michigan By Bobby Carmichael, USA TODAY A BP (BP) refinery in Indiana will be allowed to continue to dump mercury into Lake Michigan under a permit issued by the Indiana Department of Environmental Management. The permit exempts the BP plant at Whiting, Ind., 3 miles southeast of Chicago, from a 1995 federal regulation limiting mercury discharges into the Great Lakes to 1.3 ounces per year. The BP plant reported releasing 3 pounds of mercury through surface water discharges each year from 2002 to 2005, according to the Toxics Release Inventory, a database on pollution emissions kept by the Environmental Protection Agency that is based on information reported by companies. The permit was issued July 21 in connection with the plant's $3.8 billion expansion, but only late last week began to generate public controversy. The action was denounced by environmental groups and members of Congress. Indiana officials said the amount of mercury released by BP was minor. Share this story:

Ask An MD Quake hits Mexico, minor damage reported MEXICO CITY—A magnitude-6.5 earthquake shook a wide area of southern and central Mexico on Thursday, sending people fleeing into the streets, but causing only minor reported damage. The epicentre was located near Las Choapas, a town of about 83,000 residents about 600 kilometres southeast of Mexico City. It swayed buildings for several seconds in the capital, and in the Gulf coast state of Veracruz, people ran from their homes and schoolchildren assembled on playgrounds. Near the epicentre, cracks in walls forced the evacuation of one elementary school, said Bernabe Hernandez Perez, head of civil protection in Las Choapas. Gov. Javier Duarte de Ochoa said earlier that he had no reports of damage in the oil-producing state. “Veracruz is completely quiet without problems,” he told state television. The temblor also was felt strongly in the state of Chiapas, bordering Guatemala, where there also were no immediate reports of damage or injuries, as well as the Pacific coast state of Guerrero.

BMI (body mass index) A graph of body mass index as a function of body mass and body height is shown above. The dashed lines represent subdivisions within a major class. For instance the "Underweight" classification is further divided into "severe", "moderate", and "mild" subclasses.[1] The body mass index (BMI), or Quetelet index, is a measure for human body shape based on an individual's mass and height. Devised between 1830 and 1850 by the Belgian polymath Adolphe Quetelet during the course of developing "social physics",[2] it is defined as the individual's body mass divided by the square of their height – with the value universally being given in units of kg/m2. † The factor for United States customary units is more precisely 703.06957964, but that level of precision is not meaningful for this calculation. The BMI is used in a wide variety of contexts as a simple method to assess how much an individual's body weight departs from what is normal or desirable for a person of his or her height. Usage[edit]

DFO Shilling for Salmon Farmers: Outrageous Briefing Note Over the years, starting in earnest with the Kemano Completion Project fight in 1993, I’ve been highly critical of the Department of Fisheries and Oceans (DFO) and its politicization by the Mulroney government of that day. I was hit with a massive lawsuit by former Minister Tom Siddon which my insurers stupidly settled (I made that comment publicly immediately upon the news release). I had support from many former DFO scientists and I’m satisfied that my statements were accurate. When the KCP was approved in 1986 this was because the politicians told DFO to do as it was told. Now we have proof of DFO working on behalf of salmon farmers via a document filed at the Cohen Commission. It’s styled as a “BRIEFING NOTE FOR THE DIRECTOR GENERAL OF HABITAT MANAGEMENT” It goes on to say, “As lead federal department for aquaculture, DFO has explicitly committed to improving public confidence in aquaculture. Can you believe this? Ponder that: a “Communications and Aquaculture Management staff”???

BVI (body volume index) The Body Volume Index (BVI) is a new measurement for obesity, proposed as an alternative to the Body Mass Index (BMI). BMI is based on a measurement of total mass, irrespective of the location of the mass, but BVI looks at the relationship between mass and volume distribution (i.e. where different body mass is located on the body). People of different age, gender or ethnicity will have different body shapes and recent studies have highlighted the limitations of BMI as an indicator of individual health risk.[1][2] BVI as an application for body shape and obesity measurement[edit] The Body Volume Index (BVI) was originally devised in February 2000 as a new, modern-day measurement for measuring obesity; an alternative to the Body Mass Index (BMI) which was originally conceived between 1830 and 1850. BVI is an application[3] that can be used on a 3D Full Body Scanner to determine individual health risk, whether the scanning hardware uses visible light optical information or otherwise.

Bolivia Set to Pass ‘Law of Mother Earth’ // Current To Our Faithful Current.com Users: Current's run has ended after eight exciting years on air and online. The Current TV staff has appreciated your interest, support, participation and unflagging loyalty over the years. Your contributions helped make Current.com a vibrant place for discussing thousands of interesting stories, and your continued viewership motivated us to keep innovating and find new ways to reflect the voice of the people. We now welcome the on-air and digital presence of Al Jazeera America, a new news network committed to reporting on and investigating real stories affecting the lives of everyday Americans in every corner of the country. Thank you for inspiring and challenging us. – The Current TV Staff