Eyesight and Cataracts. Gender and Sexuality. Colorado Doctor Finds Way To Treat Common Vertigo. AURORA, Colo. (CBS4) – More than seven million people in the U.S. suffer from vertigo with 50,000 in the Denver area alone. The symptoms include feeling surroundings spinning when nothing is moving. Now there’s a new do-it-yourself way to treat the most common form of vertigo. CBS4 Health Specialist Kathy Walsh met the doctor who discovered the maneuver. Dr. Foster’s recently published research is a breakthrough in the treatment of vertigo and could be life-changing for people who are disabled at times by extreme dizzy spells.

“You’re rolling over in bed and suddenly you’re hit with this incredible spinning and you see the room going around like you’re in the inside of a washing machine,” Foster said. Foster has experienced the most common form called positional vertigo. “It can make people have falls, they can be unable to go to work because they’re so dizzy, they can be vomiting,” Foster said. Foster is director of the Balance Laboratory at the CU School of Medicine. Dr. Dad rescues ‘brain dead’ son from doctors wishing to harvest his organs – boy recovers completely. American media giant National Public Radio (NPR) published a report last week claiming to expose the underbelly of El Salvador’s pro-life legal system by profiling a woman whom they say was sentenced to 30 years for abortion after a stillbirth. 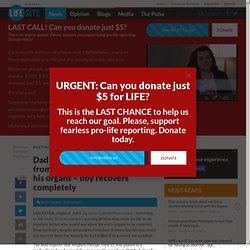 On-the-ground evidence reveals, however, that the woman was in fact convicted for murdering her son after he was born alive. In an intriguing twist, the article, which local pro-life leaders consider a “hit piece” on their pro-life laws, was published just three days before Amnesty International demanded that the Latin American country “decriminalise abortion on all counts.”

Depression. Tendon Repair. Fibromyalgia. Post Tubal Ligation Syndrome. Ectopic Pregnancy Transplant. Cancer. Secondary Drowning + My Recent Experience & Real Life Almost Nightmare. This video has nothing to do with this post other than the fact that I must have watched it at least a hundred times over the past weekend while we waited. 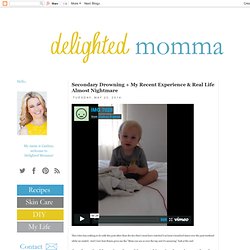 And I love how Ronin gives me the "Mom you are so over the top and it's annoying" look at the end. Over the weekend I experienced one of the worst things since becoming a mother. It was a moment where once the shock set in as to what might actually happen a thousand memories, regrets...things that I wish I had done differently that day flashed through my mind. I tend to hesitate when it comes to sharing super personal experiences on the blog since I like to keep some areas of my life private but this particular event I decided that it was best to share, even though it made me feel like the worst mom in the world. I felt like bringing awareness to what happened may prevent something from happening like this to you.

ADHD meds can cause penis problems in kids. Terrifying new side effect of ADHD meds If you’ve got kids or grandkids, there’s an urgent new warning you need to see — especially if some reckless mainstream doc is trying to push ADHD meds on them. 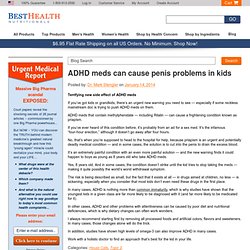 ADHD meds that contain methylphenidate — including Ritalin — can cause a frightening condition known as priapism. If you’ve ever heard of this condition before, it’s probably from an ad for a sex med. It’s the infamous “four-hour erection,” although it doesn’t go away after four hours. No, that’s when you’re supposed to head to the hospital for help, because priapism is an urgent and potentially deadly medical condition — and in some cases, the solution is to cut into the penis to drain the excess blood. It’s an extremely painful condition with an even more painful solution — and the new warning finds it could happen to boys as young as 8 years old who take ADHD meds.

Yes, 8 years old. In addition, studies have shown high levels of omega-3 can also improve ADHD in many cases. 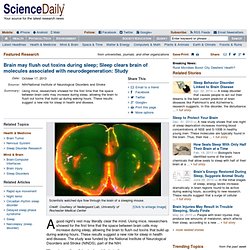 Using mice, researchers showed for the first time that the space between brain cells may increase during sleep, allowing the brain to flush out toxins that build up during waking hours. These results suggest a new role for sleep in health and disease. The study was funded by the National Institute of Neurological Disorders and Stroke (NINDS), part of the NIH. "Sleep changes the cellular structure of the brain. It appears to be a completely different state," said Maiken Nedergaard, M.D., D.M.Sc., co-director of the Center for Translational Neuromedicine at the University of Rochester Medical Center in New York, and a leader of the study. For centuries, scientists and philosophers have wondered why people sleep and how it affects the brain.

Their results, published in Science, show that during sleep a plumbing system called the glymphatic system may open, letting fluid flow rapidly through the brain. "It's as if Dr. "We need sleep. How Achy Joints Predict the Weather.