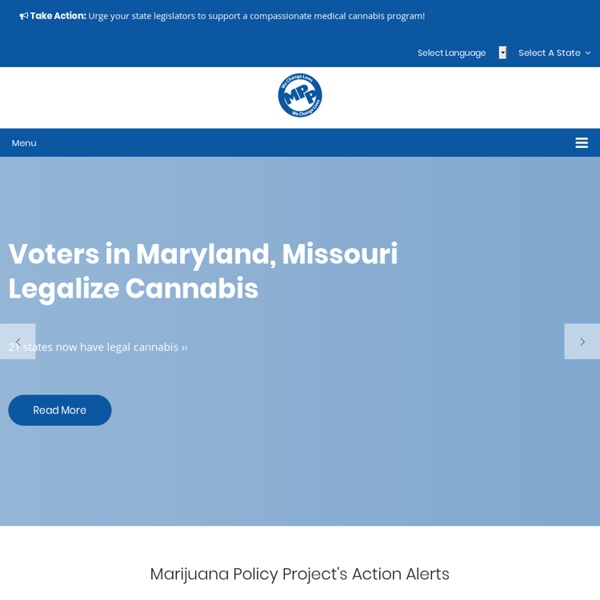 If Tobacco Regulation Works, Why Not Regulate Marijuana? December 23, 2007 | Like this article? Join our email list: Stay up to date with the latest headlines via email. President Bush recently touted new survey results showing a modest drop in teen use of marijuana and other drugs, but he failed to mention the drug for which prevention efforts have had the most spectacular success -- tobacco. If he had, he might have had to make some troubling comparisons. Citing the results of the annual Monitoring the Future survey, Bush noted that drug use has declined from its recent peak in 1996, but sidestepped the longer-term picture that doesn't look nearly so rosy. If you go back 15 years, to 1992, drug use is up almost across the board. This contrasts sharply with the figures on adolescent cigarette use. While marijuana use is higher among all age groups than it was 15 years ago, cigarette smoking has dropped remarkably. The sharp drop in cigarette use is not attributable to changing attitudes about smoking. So what does this have to do with marijuana?

Welcome Since it first went online in 1998, Drug War Facts provides reliable information with applicable citations on important public health and criminal justice issues. It is updated continuously by its current Editor, Doug McVay. Most charts, facts and figures are from government sources, government-sponsored sources, peer reviewed journals and occasionally newspapers. In all cases the source is cited so that journalists, scholars and students can verify, check context and obtain additional information. Our mission is to offer useful facts, cited from authoritative sources, to a debate that is often characterized by myths, error, emotion and dissembling. Drug War Facts is sponsored by Common Sense for Drug Policy. To the extent of its copyrights, Common Sense for Drug Policy authorizes and encourages the use and republication of some or all portions of this book. Click here for a list of chapters. A PDF copy of Drug War Facts, 6th Edition is also available.

Decade-Long Scientific Studies: Medical Marijuana Works ​Next time someone tells you “There’s no reliable research” on medical marijuana, call BS. The results are in. Medical marijuana works. In a landmark report to the Legislature, the University of California Center for Medicinal Cannabis Research announced in 2010 that its studies have shown marijuana to have therapeutic value. CMCR researchers, in a decade-long project, found “reasonable evidence that cannabis is a promising treatment” for some specific, pain-related medical conditions. The findings were the first results in 20 years from clinical trials of smoked cannabis in the United States. “We focused on illnesses where current medical treatment does not provide adequate relief or coverage of symptoms,” said CMCR Director Igor Grant, M.D., executive vice-chair of the Department of Psychiatry at the UCSD School of Medicine. Dr. “The findings are very consistent,” said Grant. A fifth CMCR study found marijuana effective in reducing muscle spasticity in multiple sclerosis patients.

Support for Legalizing Marijuana Reaches New High PRINCETON, NJ -- Gallup's October Crime poll finds 44% of Americans in favor of making marijuana legal and 54% opposed. U.S. public support for legalizing marijuana was fixed in the 25% range from the late 1970s to the mid-1990s, but acceptance jumped to 31% in 2000 and has continued to grow throughout this decade. "The highest level of support for decriminalizing the use of marijuana today is seen with self-described liberals, among whom 78% are in favor." Public opinion is virtually the same on a question that relates to a public policy debate brewing in California -- whether marijuana should be legalized and taxed as a way of raising revenue for state governments. Just over 4 in 10 Americans (42%) say they would favor this in their own state; 56% are opposed. Support is markedly higher among residents of the West -- where an outright majority favor the proposal -- than in the South and Midwest. The new findings come as the U.S. Basic Support for Legalization Highest Among Liberals

Infos de dernière minute et opinions sur Le Huffington Post » United Nations Moves to Impose International Treaties On States Legalizing Marijuana Alex Jones Kurt Nimmo Infowars.com November 21, 2012 The United Nations has declared Colorado and Washington in violation of international treaties following ballot initiatives that have legalized the recreational use of marijuana. The President of the International Narcotics Control Board (INCB), Raymond Yans, has voiced “grave concern about the outcome of recent referenda in the United States of America that would allow the non-medical use of cannabis by adults in the states of Colorado and Washington, and in some cities in the states of Michigan and Vermont,” according to an INCB press release. The INCB is a quasi-judicial “control organ” for the implementation of the United Nations drug conventions. Mr. “Legalization of cannabis within these states would send wrong and confusing signals to youth and society in general, giving the false impression that drug abuse might be considered normal and even, most disturbingly, safe. Marijuana legalization is a classic states’ rights and federalist issue.

LEAP Stand with LEAP by joining as a citizen supporter for free. You can unsubscribe from our occasional news updates and action alerts at any time. Retired British Intelligence Officer, Annie Machon Retired Vancouver, British Columbia police officer Tony Smith's LEAP presentation was advertised in a local newspaper: Neill Franklin, retired Maryland State Police Major and Tim Datig, retired Chief of Police take the LEAP message to the Rotary Rick Van Wickler debates marijuana legalization on New Hampshire Public Television NEW FBI NUMBERS SHOW FAILURE OF "WAR ON DRUGS" WASHINGTON, D.C. -- A group of police and judges who want to legalize drugs pointed to new FBI numbers released today as evidence that the "war on drugs" is a failure that can never be won. Cronkite Recognized the Drug-War Failure and the Ending Prohibition Solution NEW YORK― Walter Cronkite, America’s trusted broadcaster and father figure to a nation for decades, has died in New York at the age of 92. 1. Sen.

Medical marijuana bill passes Oregon house, now goes to governor The Oregon House on Saturday passed a bill legalizing medical marijuana retail establishments, moving what has been a booming but legally hazy industry squarely into the mainstream and handing medical marijuana advocates a major victory. House Bill 3460, now headed to Gov. John Kitzhaber’s desk, creates a registry of businesses that sell the medical marijuana. Patients have long sought retail access to cannabis, arguing the state’s rules — grow your own marijuana or have someone do it for you — are unrealistic. Legislative approval comes a year after an investigation by The Oregonian showed that scant state regulation of medical marijuana allowed widespread diversion to the black market. The vote means Oregon joins a dozen other states that allow medical marijuana dispensaries or retail outlets. Oregon voters have twice defeated ballot initiatives creating a regulated dispensary system, but that hasn’t deterred the state’s medical marijuana industry. A: Not yet. A: Yes. A: No. A: Yes.