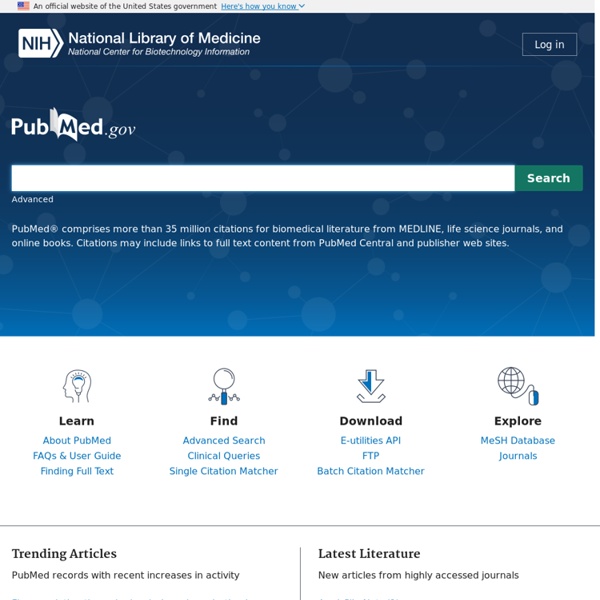 International Committee of Medical Journal Editors (ICMJE) Uniform Requirements for Manuscripts Submitted to Biomedical Journals: Sample References The International Committee of Medical Journal Editors offers guidance to authors in its publication Recommendations for the Conduct, Reporting, Editing and Publication of Scholarly Work in Medical Journals (ICMJE Recommendations), which was formerly the Uniform Requirements for Manuscripts. The recommended style for references is based on the National Information Standards Organization NISO Z39.29-2005 (R2010) Bibliographic References as adapted by the National Library of Medicine for its databases. Details are in Citing Medicine. (Note Appendix F which covers how citations in MEDLINE/PubMed differ from the advice in Citing Medicine.) Sample references typically used by authors of journal articles are provided below. Articles in Journals (see also #36. 1. List the first six authors followed by et al. Halpern SD, Ubel PA, Caplan AL. As an option, if a journal carries continuous pagination throughout a volume (as many medical journals do) the month and issue number may be omitted. 2. 3.

Photography of Cute Snoozing Animals A comfortable sleep is definitely nothing but a blessing by God if you have got it. Many of us sometimes have to take sleep aid pills, but animals never need it. Here’s a simple idea with an impressive post. Photos of animals during their sleep looking cute, adorable and sometimes, stupid. Tayyab, a fellow writer at Designzzz has made a spectacular post about natural phenomena of the world and said that he wanted to bag some praises. So he made a lot searches and god knows how much he had to struggle to find all that information. We did include some cat pictures in this post, but if you love them (as I do) you should take a look at these cute cats. All the pictures are linked back to the sources, to view them in a larger size, just click on them. No Princess is Coming – Sleeping Frog Which Animal Loves Sleeping? Sleeping Bird Sleeping Lion Sleeping Baby Weird Sleeping Simon Sleep Baby Sleep Sleeping Juliet Sleeps On Sean’s Shoulder Sleeping White Male Lion Icy Dreams Sleeping Cat My Basket of Love

Attack of the cute 25 Acts of Body Language to Avoid Our body language exhibits far more information about how we feel than it is possible to articulate verbally. All of the physical gestures we make are subconsciously interpreted by others. This can work for or against us depending on the kind of body language we use. Some gestures project a very positive message, while others do nothing but set a negative tone. Most people are totally oblivious to their own body language, so the discipline of controlling these gestures can be quite challenging. Most of them are reflexive in nature, automatically matching up to what our minds are thinking at any given moment. Nevertheless, with the right information and a little practice, we can train ourselves to overcome most of our negative body language habits. Practice avoiding these 25 negative gestures: “ I speak two languages, Body and English. ” — Mae West Holding Objects in Front of Your Body – a coffee cup, notebook, hand bag, etc. Want to know powerful, dominant, confident body language postures?

Health | Cannabis smoke 'has more toxins' Inhaled cannabis smoke has more harmful toxins than tobacco, scientists have discovered. The Canadian government research found 20 times as much ammonia, a chemical linked to cancer, New Scientist said. The Health Canada team also found five times as much hydrogen cyanide and nitrogen oxides, which are linked to heart and lung damage respectively. But tobacco smoke contained more of a toxin linked to infertility. Experts said users must be aware of the risks. About a quarter of the population in the UK smokes tobacco products, while a sixth of 15 to 34-year-olds have tried cannabis in the past year, making it the most commonly used drug. Previous research has shown cannabis smoke is more harmful to lungs than tobacco as it is inhaled more deeply and held in the lungs for a longer period. However, it has also been acknowledged that the average tobacco user smokes more than a cannabis user. Concentrations In most cases, the comparison on sidestream smoke broadly mirrored that of inhaled smoke.