Early Puebloans impacted ecosystem around Chaco Canyon earlier than previously thought. (the “Website”), is operated by HERITAGEDAILY What are cookies? 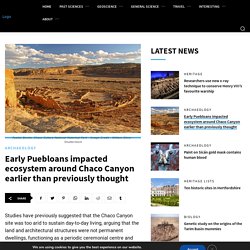 Cookies are small text files that are stored in the web browser that allows HERITAGEDAILY or a third party to recognise you. Cookies can be used to collect, store and share bits of information about your activities across websites, including on the HERITAGEDAILY website and subsidiary brand website. Cookies can be used for the following purposes: – To enable certain functions – To provide analytics – To store your preferences – To enable ad delivery and behavioural advertising HERITAGEDAILY uses both session cookies and persistent cookies. A session cookie is used to identify a particular visit to our Website. A persistent cookie will remain on your devices for a set period of time specified in the cookie. 120 archaeological sites identified through aerial lidar mapping. 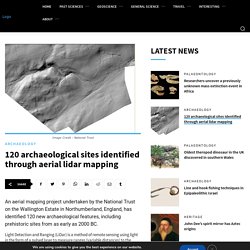 Cookies are small text files that are stored in the web browser that allows HERITAGEDAILY or a third party to recognise you. Cookies can be used to collect, store and share bits of information about your activities across websites, including on the HERITAGEDAILY website and subsidiary brand website. Cookies can be used for the following purposes: – To enable certain functions – To provide analytics – To store your preferences – To enable ad delivery and behavioural advertising HERITAGEDAILY uses both session cookies and persistent cookies. A session cookie is used to identify a particular visit to our Website. A persistent cookie will remain on your devices for a set period of time specified in the cookie. A Never-Before-Seen Level of the Colosseum is Now Open to Visitors. The past year was a particularly challenging one for Italy but, through it all, the Colosseum stood sentry, as it has for almost two millennia. 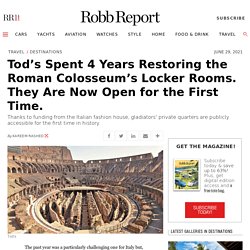 And now, as il bel paese emerges from Covid-19’s hold, the Roman monument is reopening with a fresh coat of proverbial paint and a newly restored expanse that is accessible to visitors for the first time ever—all thanks to another Italian icon, Tod’s. Zeugma Mosaic Museum. The "Gypsy Girl" is in Zeugma Mosaic Museum. 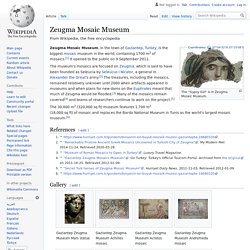 Zeugma Mosaic Museum, in the town of Gaziantep, Turkey, is the biggest mosaic museum in the world, containing 1700 m2 of mosaics.[1] It opened to the public on 9 September 2011. The museum's mosaics are focused on Zeugma, which is said to have been founded as Seleucia by Seleucus I Nicator, a general in Alexander the Great’s army.[2] The treasures, including the mosaics, remained relatively unknown until 2000 when artifacts appeared in museums and when plans for new dams on the Euphrates meant that much of Zeugma would be flooded.[3] Many of the mosaics remain covered[4] and teams of researchers continue to work on the project.[5] The 30,000 m2 (320,000 sq ft) museum features 1,700 m2 (18,000 sq ft) of mosaic and replaces the Bardo National Museum in Tunis as the world’s largest mosaic museum.[6] References[edit] Coordinates: Gallery[edit] External links[edit]

Harvard's Digital Giza Project Lets You Access the Largest Online Archive on the Egyptian Pyramids (Including a 3D Giza Tour) Nothing excites the imagination of young history-and-science-minded kids like the Egyptian pyramids, which is maybe why so many people grow up into amateur Egyptologists with very strong opinions about the pyramids. 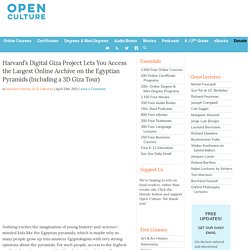 For such people, access to the highest quality information seems critical for their online debates. For professional academics and serious students of ancient Egypt such access is critical to doing their work properly. All lovers and students of ancient Egypt will find what they need, freely available, at Harvard University’s Digital Giza Project. “Children and specialized scholars alike may study the material culture of this ancient civilization from afar,” Harvard’s Metalab writes, “often with greater access than could be achieved in person.” The Digital Giza Project was born from a need to centralize research and artifacts that have been scattered all over the globe. Related Content: Who Built the Egyptian Pyramids & How Did They Do It? Virtual Interactive Environment of Ancient Egyptian Temple of Abu Simbel. The Great Temple of Ramesses II at Abu Simbel in Egypt has been digitally scanned to create a virtual interactive high-resolution environment. 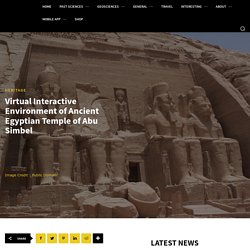 The Abu Simbel temples are two massive rock-cut temples on the banks of Lake Nasser in Upper Egypt, that date from around 1264 BC during the reign of the Pharaoh Ramesses II. There are two temples, the Great Temple, dedicated to Ramesses II himself, and the Small Temple, dedicated to his chief wife Queen Nefertari. The site was first discovered by Europeans in AD 1813, when Swiss orientalist Johann Ludwig Burckhardt stumbled across the top frieze of the Great Temple.

This was later excavated by the Italian explorer Giovanni Belzoni in 1817, who cleared the entrance of sand revealing the four colossal, 20 m (66 ft) statues, each representing Ramesses II seated on a throne and wearing the double crown of Upper and Lower Egypt. View Full Screen – Click Here Header Image Credit : Public Domain. 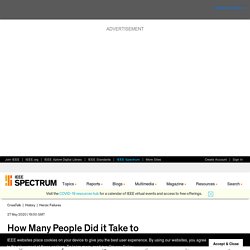 It is a polyhedron with a regular polygon base, its volume is about 2.6 million cubic meters, and its original height was 146.6 meters, including the lost pyramidion, or capstone. We may never know exactly how the pyramid was built, but even so, we can say with some confidence how many people were required to build it. Massive 3,000-year-old mayan monument discovered in southern mexico. The oldest and largest ancient maya monument has been discovered at the previously unknown site of aguada fénix near tabasco, mexico. following a guatemalan megalopolis found in 2018, it highlights another recent finding that challenges the traditional understanding of how the civilizations developed. archaeologists had previously believed the great mayan cities grew gradually from small villages during the middle preclassic period (1,000 – 350 BC), but the introduction of LiDAR technology has unearthed new theories. the 3D image map of the huge monument and surrounding area all images courtesy of takeshi inomata an aerial view of aguada fénix without LiDAR project info: journal: nature site: aguada fénix. 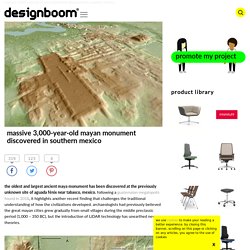 14 Lesser-Known Ancient Sites Worth Building a Trip Around. The ruins of an ancient city, temple, or necropolis are often the centerpieces of an adventurous trip: Stonehenge, Chichen Itza, the Great Pyramids. 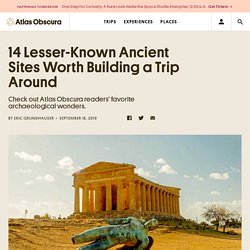 And there are other, perhaps lesser-known (depending on who you ask, of course) sites that are every bit as spectacular and worth planning an itinerary around. These places can let you walk in the footsteps of ancient people—sometimes without the crowds—to get a sense of the depth and richness of human history that you can’t get from any book or film. We recently asked readers in the Atlas Obscura Community forums to tell us about their favorite ruins and archaeological sites. 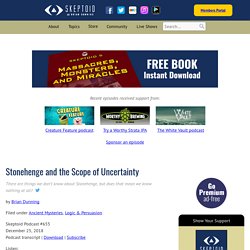 In Photos: Ancient Home and Barracks of Roman Military Officer. Atlasobscura. Las Cueva de las Manos is tucked in the valley of the Pinturas River, in an isolated spot of the Argentine Patagonia, accessible via long gravel dirt roads. The trip can be rough, but is undoubtably worth it: It leads you to some of the earliest known forms of human art, dating back roughly 10,000 years. The prehistoric artwork painted on the walls of this desert cave is not only ancient, but beautiful.

There are three distinct styles to be seen, believed to have been created by different peoples at different time periods. Laser Scans Reveal Massive Khmer Cities Hidden in the Cambodian Jungle. Stonehenge Begins to Yield Its Secrets. Photo AMESBURY, England — About 6,300 years ago, a tree here toppled over. For the ancients in this part of southern England, it created a prime real estate opportunity — next to a spring and near attractive hunting grounds.

Drones Reveal Hidden Ancient Village Buried In New Mexico. Thermal images captured by a small drone allowed archaeologists to peer under the surface of the New Mexican desert floor, revealing never-before-seen structures in an ancient Native American settlement. Called Blue J, this 1,000-year-old village was first identified by archaeologists in the 1970s. It sits about 43 miles (70 kilometers) south of the famed Chaco Canyon site in northwestern New Mexico and contains nearly 60 ancestral Puebloan houses around what was once a large spring. Now, the ruins of Blue J are obscured by vegetation and buried in eroded sandstone blown in from nearby cliffs. The ancient structures have been only partially studied through excavations. Last June, a team of archaeologists flew a small camera-equipped drone over the site to find out what infrared images might reveal under the surface.