Ancient Civilizations. Top 10 Ancient Civilizations With Advanced Technology. Like a real life Indiana Jones, maverick archeologist David Hatcher Childress has taken many incredible journeys to some of the oldest and most remote spots on earth. Writing prolifically of lost cities and ancient civilizations, he has produced no less than six lengthy books (the Lost Cities series) chronicling the dimly remembered glories of obscure locales from the Gobi desert to Puma Punku in Bolivia, from Mohenjo Daro to Ba'albek. We caught up with him shortly before taking off for New Guinea on yet another archeological expedition and asked him if he would be willing to write an exclusive for Atlantis Rising on the Top 10 Ancient Civilizations with Advanced Technology.

He agreed to dig through his archives and give us a story. According to various esoteric sources, the first civilization arose 78,000 years ago on the giant continent known as Mu or Lemuria and lasted for an astonishing 52,000 years. Supposedly, there was one language and one government. Strange Artifacts, Baghdad Battery. This experiment proved that electric batteries were used some 1,800 years before their modern invention by Alessandro Volta in 1799. 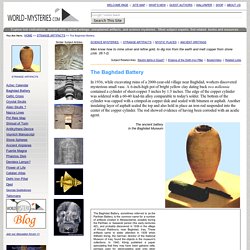 It also seems that the use of similar batteries can be safely placed into ancient Egypt, where several objects with traces of electroplated precious metals have been found at different locations. 10,000-year-old rock paintings depicting aliens and UFOs found in Chhattisgarh. Amazing Metropolis Discovered in Africa is 200,000 years old!

By Dan Eden for viewzone. 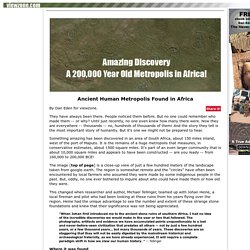 They have always been there. People noticed them before. But no one could remember who made them -- or why? Until just recently, no one even knew how many there were. Now they are everywhere -- thousands -- no, hundreds of thousands of them! Something amazing has been discovered in an area of South Africa, about 150 miles inland, west of the port of Maputo. The image [top of page] is a close-up view of just a few hundred meters of the landscape taken from google-earth. This changed when researcher and author, Michael Tellinger, teamed up with Johan Heine, a local fireman and pilot who had been looking at these ruins from his years flying over the region. Pyramids of China. Great Pyramid - Secret Tunnels of Giza Plateau. Secret Tunnels of the Giza Plateau Boris Said Interviewed By Kenneth and Dee Burke Boris Said is the Emmy award-winning writer and producer of the NBC-TV feature documentary, "The Mystery of the Sphinx", hosted by Charlton Heston, which focused on the research of John Anthony West, alleging that the "water weathering" on the Sphinx indicates that it is much older than previously believed. 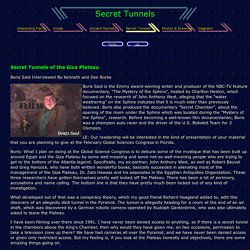 Boris also produced the documentary "Secret Chamber", about the opening of the room under the Sphinx which was located during the "Mystery of the Sphinx", research. Before becoming a well-known film documentarian, Boris was a champion auto racer and the driver of the U.S. Balkan Travellers - Archaeologists Unearth 7,000-Year-Old Swastika in North-western Bulgaria. Two Stone Age 9,500-Year-Old Artifacts Unearthed. MessageToEagle.com - Archaeologists have unearthed two Stone Age figurines – c. 9,500 year old – in Tel Motza located between Jerusalem and Tel Aviv. 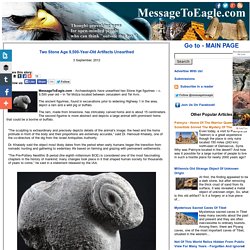 The ancient figurines, found in excavations prior to widening Highway 1 in the area, depict a ram and a wild pig or buffalo. The ram, made from limestone, has intricately carved horns and is about 15 centimeters. The second figurine is more abstract and depicts a large animal with prominent horns that could be a bovine or buffalo. A rare early neolithic ram figurine. Image credit: Yael Yolovitch, courtesy of the Israel Antiquities Authority.

Earliest Complete Human Figurine Unearthed On Cyprus. Get our top stories Follow MessageToEagle.com Subscribe in a reader Other Popular Articles. 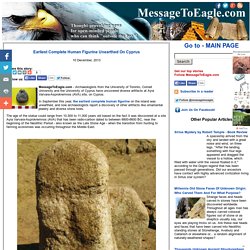 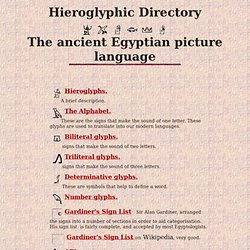 10 Civilizations That Mysteriously Disappeared. Throughout our history, most civilizations have either met a slow demise or were wiped out by sudden natural disasters or invasion. 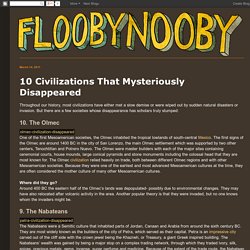 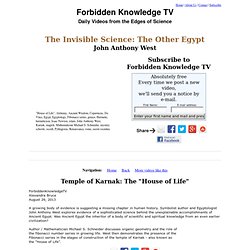 Luxor - Valley of the Kings Luxor Egypt - Tomb of Ramses 4 - Ramesses IV - Travel Egypt in 360 Photo. Ancient Underwater City Found Off India: Discovery in Bay of Cambay Will Force Western Archaeologists to Rewrite History. Now, it was announced in January, a civilization has been uncovered that would have appeared just as ancient to the people who built the pyramids as the pyramids seem to us. 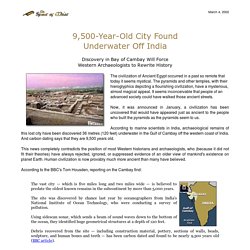 According to marine scientists in India, archaeological remains of this lost city have been discovered 36 metres (120 feet) underwater in the Gulf of Cambay off the western coast of India. And carbon dating says that they are 9,500 years old. This news completely contradicts the position of most Western historians and archaeologists, who (because it did not fit their theories) have always rejected, ignored, or suppressed evidence of an older view of mankind's existence on planet Earth. Human civilization is now provably much more ancient than many have believed. According to the BBC's Tom Housden, reporting on the Cambay find: Several reports confirm this estimate.