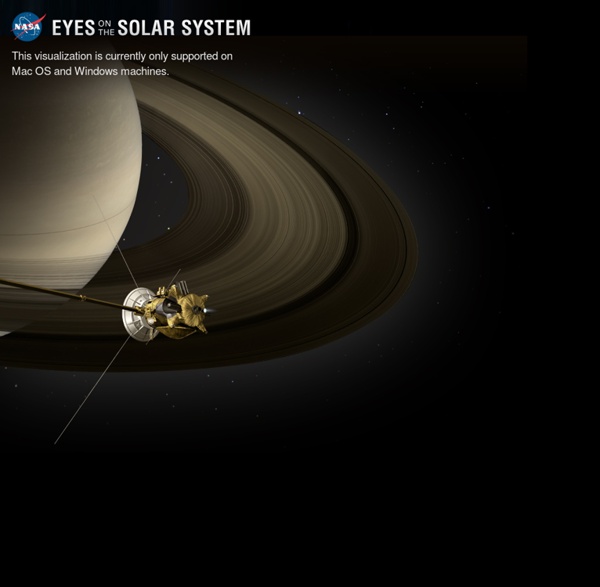 Kepler Mission To Find Earth-like Planets By Studying Planetary Transits Earlier this week we spoke about finding Earth-like planets, and how hard it is to find them. We would like to see other planets similar to Earth, and we have a few absolutely necessary conditions: the planet must be rocky, solid, dense like Earth, a source of power like a Sun, chemicals resulted from volcanic activity, and liquid water. The most important thing however, is that the planet must be located in the Goldilocks zone, the area where the planet is not too far and not too close from a star. space.htm Space Project Descriptions (& a cautionary reminder . . .) Assignments Lab writeups will be due as per the syllabus, generally on lab days after each test. Only projects from this set are available for credit for the due dates labled "space project due". Two credits are due for each duedate - graded on a 20 point basis - projects exceeding 10 points are accepted as multiple credits / 10 pts.

Example 3: Online Classroom Attendance and Participation Rubric - ELC Support Hi Class, I want to make sure everyone is clear about the difference between logging on, attendance, and participation. Don't worry, I know week one has a steep learning curve - I take this into account for week one participation. Logging On When we "log on" we might spend a great deal of time reading the course content- please realize that the system can track how long you spend in the course; however, it cannot tell exactly what you are doing. As a result, "logging on" is not part of either attendance or participation.

Sky Image may be subject to copyright Terms of Use Image Credit: DSS Consortium, SDSS, NASA/ESA NASAs 'Curiosity' Search for Life Targets Water-Altered Rock This rock's composition is unlike any other Opportunity has investigated during nine years on Mars -- higher in aluminum and silica, lower in calcium and iron. "Based on our current solar-array dust models, we intend to reach an area of 15 degrees northerly tilt before Opportunity's sixth Martian winter," said JPL's Scott Lever, mission manager. "Solander Point gives us that tilt and may allow us to move around quite a bit for winter science observations."

Marsbound! Mission to the Red Planet - JPL Education by David Seidel David Seidel manages JPL's K-12 education program. Before joining JPL he taught high school astronomy and physical science and ran a planetarium. Using Online Discussion Boards to Enhance Learning in Your Class screen­shot of sam­ple GoPost dis­cus­sion board If you are an instruc­tor want­ing to engage your stu­dents using an online dis­cus­sion board (GoPost if you’re using Cat­a­lyst Tools), you may have ques­tions about ben­e­fits and best practices. The ben­e­fits of using an online dis­cus­sion board for your class are numer­ous. Some key advan­tages include: Builds con­nec­tions and class com­mu­nity by pro­mot­ing dis­cus­sion on course top­ics and more infor­mal discussionCon­tributes to the devel­op­ment of cog­ni­tive, crit­i­cal think­ing, and writ­ing skillsAllows time for thought­ful, in-depth reflec­tion on course top­ics.

REBROADCAST: Space Celebrate the 35th anniversary of the launch of Voyager 2 (it rocketed off Earth on 8/20/77 carrying a copy of the Golden Record), and tip your hat to the Mars rover Curiosity as it kicks off its third week on the red planet, with a rebroadcast of one our favorite episodes: Space. We've been space-crazy the past few weeks here at Radiolab -- from cheering on the scientifically epic landing of the Mars rover earlier this month, to staying up late to watch the Perseid meteor showers, to reliving a stomach-churning spacewalk with an astronaut in our live show In the Dark. We've been happily turning our thoughts and gazes skyward all summer long. So before the nights get too chilly, grab a blanket, cue up Space, and stare into that vast, glittering, perspective-shaking darkness with us.

Windows 10: Release Date, News, Features, and More Snap Fill and Snap Assist A bit of Windows 7 and 8 making a return and getting some revamping in Windows 10 is the Snap feature. Dragging an application to one side of the screen will “snap” the app in place, resizing it to utilize screen real estate.

Dark Side of the Earth 200 miles above Earth's surface, astronaut Dave Wolf -- rocketing through the blackness of Earth's shadow at 5 miles a second -- floated out of the Mir Space Station on his very first spacewalk. In this short, he describes the extremes of light and dark in space, relives a heart-pounding close call, and shares one of the most tranquil moments of his life. When we were putting together our live show In the Dark, Jad and Robert called up Dave Wolf to ask him if he had any stories about darkness. Online Learning 2012: Six Issues That Refuse to Die By Jim Shimabukuro Editor As we teeter on the brink of the new year, we’re left with more questions than answers. In a way, that’s a good thing, considering the makeshift nature of technology in higher education. As we sidle into 2012, the same old questions will greet us. They’re about a world that’s rapidly changing and about our ability or inability to change with it. Let’s face it.