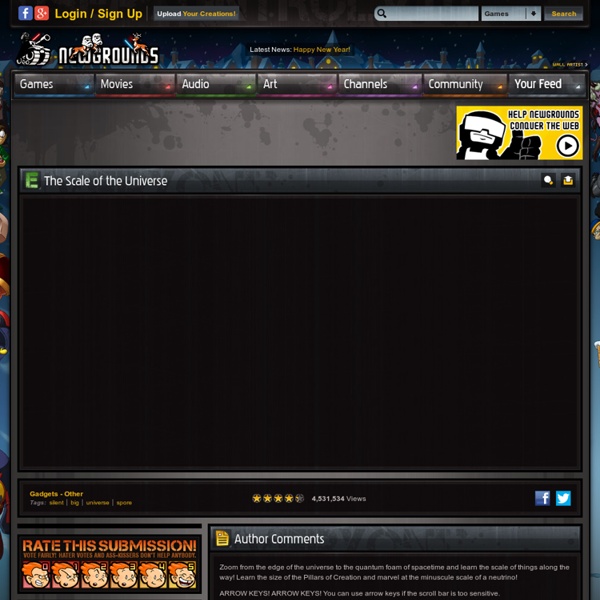 Integral challenges physics beyond Einstein Integral challenges physics beyond Einstein Gamma-ray burst 30 June 2011 ESA’s Integral gamma-ray observatory has provided results that will dramatically affect the search for physics beyond Einstein. CMB Cosmic Background Radiation : One of the foremost cosmological discoveries was the detection of the cosmic background radiation. The discovery of an expanding Universe by Hubble was critical to our understanding of the origin of the Universe, known as the Big Bang. However, a dynamic Universe can also be explained by the steady state theory. The steady state theory avoids the idea of Creation by assuming that the Universe has been expanding forever. Since this would mean that the density of the Universe would get smaller and smaller with each passing year (and surveys of galaxies out to distant volumes shows this is not the case), the steady-state theory requires that new matter be produced to keep the density constant.

s WMAP Science Team Awarded 2012 Gruber Cosmology Prize NASA's WMAP Science Team Awarded 2012 Gruber Cosmology Prize NASA's Wilkinson Microwave Anisotropy Probe, known as WMAP, transformed the science of cosmology by establishing the age, geometry, and contents of the universe to astonishing precision. On June 20, the Gruber Foundation recognized this accomplishment by awarding its 2012 Cosmology Prize to WMAP principal investigator Charles L. Brain scans support findings that IQ can rise or fall significantly during adolescence IQ, the standard measure of intelligence, can increase or fall significantly during our teenage years, according to research funded by the Wellcome Trust, and these changes are associated with changes to the structure of our brains. The findings may have implications for testing and streaming of children during their school years. Across our lifetime, our intellectual ability is considered to be stable, with intelligence quotient (IQ) scores taken at one point in time used to predict educational achievement and employment prospects later in life. However, in a study published October 20 in the journal Nature, researchers at the Wellcome Trust Centre for Neuroimaging at UCL (University College London) and the Centre for Educational Neuroscience show for the first time that, in fact, our IQ is not constant. The researchers, led by Professor Cathy Price, tested 33 healthy adolescents in 2004 when they were between the ages of 12 and 16 years.

Mystery of cosmic rays' origin finally solved - physics-math - 14 February 2013 Video: Stellar cataclysm The protons that constantly smack into Earth's atmosphere at near the speed of light get their huge energies from exploding stars. At least that's what physicists and astronomers had long suspected, but direct evidence for the idea has been difficult to come by – until now.

NASA discovers portals (but don’t book your ticket yet) Madeleine L’Engle called them tesseracts. The Syfy channel calls them wormholes. Gamers call them portals. Whatever you call them, they are fictional doorways to faraway places: another planet in the solar system … another star in the galaxy … another restaurant where the service doesn’t suck quite so bad. But today they’re perhaps a little less fictional than yesterday. At least according to a Science@NASA post: Hidden Portals in Earth’s Magnetic Field, which says they are real, sort of. Who's Who scam A Who's Who scam is a fraudulent Who's Who biographical directory.[1] While there are many legitimate Who's Who directories, Who's Who scams involve the selling of "memberships" in fraudulent directories that are created online or through instant publishing services.[1] These fraudulent directories represent thinly veiled moneymaking scams. A scam may begin with a telephone interview or online questionnaire to validate a potential target's personal information. This information can be included in the fraudulent directory, sold to other marketing firms, or used in future attacks such as phishing emails. Once the personal information has been gathered, the target is congratulated as having passed the interview and is asked to provide a credit card number to finalize the process.

Friedmann equations and pressure . The equations for negative spatial curvature were given by Friedmann in 1924.[2] Assumptions[edit] The Friedmann equations start with the simplifying assumption that the universe is spatially homogeneous and isotropic, i.e. the Cosmological Principle; empirically, this is justified on scales larger than ~100 Mpc.

Thanks for sharing....people really seem to be facinated, thanks! by jenovesia May 2

Thanks for all the comments! There are a few of these kind of "Your place in the Universe" presentations like this out there, but I am always glad to spread the wonder around :) by wordlever Apr 18

Put simply, realize your place in the greater part. An impossible task, but makes one pause. Thank you! by jenovesia Mar 24