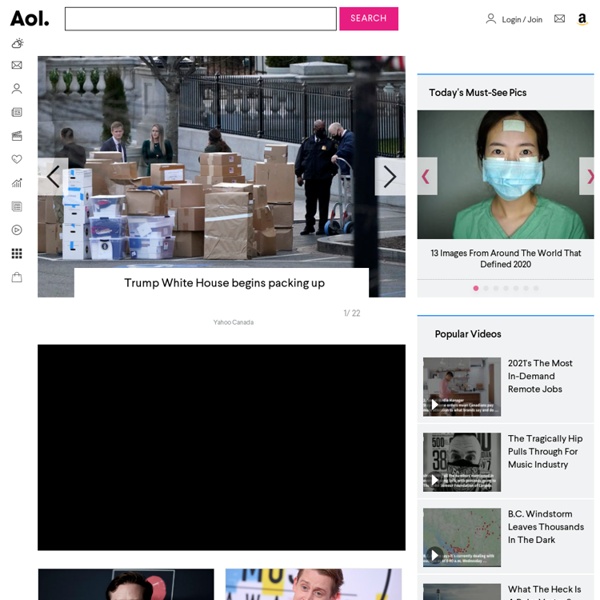 An iPad at the office: Can it work as a PC? Sure, the iPad is a great device for Web surfing, book reading, and movie watching. But it's also getting a lot of interest in corporations as a possible business device for field forces, nurses and doctors in hospitals, and knowledge workers in the office and on the go. That interest is obvious from the top iPad downloads from the Apple App Store, where Citrix Receiver, an app that makes the iPad a portal to server-based apps such as Microsoft Office and SharePoint, has stayed in the top five almost every day. Also in that top-downloads list are Apple's iWork productivity trio (Pages, Numbers, and Keynote) and two Microsoft Office-compatible productivity apps (Quickoffice Mobile Connect Suite and DataViz Documents to Go Premium). I decided to see how well the iPad could fit into a business environment.

The Top Three Zombie Outbreaks in American History Like vampires, zombies are great opportunists. So it comes as no surprise that zombie outbreaks often happen in the wake of natural disasters. Combine disasters with warm climates and you truly have a recipe for a major outbreak, as the following stories prove. Key West, Florida, 1935 On Labor Day, September 2, 1935, a major hurricane bore down on the Florida Keys, a string of islands separating the Gulf of Mexico from the Atlantic Ocean. WikiLeaks founder Julian Assange has been accused of "sex by surprise." Is that against the law in the United States? - By Jessica Grose Julian Assange's lawyer told AOL News on Thursday that the WikiLeaks founder has been charged with "sex by surprise" in Sweden. Though the lawyer says he doesn't know what "sex by surprise" means, the Swedish prosecution office announced that they are charging Assange with "rape, sexual molestation and unlawful coercion." These charges allegedly stem from consensual sexual encounters with two separate women that became nonconsensual at some point during the act. (Update, Dec. 7, 2010: Julian Assange was arrested in Britain by an extradition unit on Swedish charges of unlawful coercion, sexual molestation, and rape.) If this had happened in the United States, could Assange have been charged with a crime? Possibly.

Tree dhtmlxTree is a feature-rich JavaScript tree menu that allows you to quickly add a nice-looking, Ajax-based hierarchical tree on a web page. The treeview supports in-line node editing, advanced drag-and-drop, three-state checkboxes, and more. Due to special techniques, this JavaScript tree control loads even big trees quickly and effectively. Powerful drag-and-drop capabilities allow you to drag the tree items not just within one tree, but between different trees (even if they are located in different frames or iframes). You can try this functionality right now: Live demo

» the true cost of stuff Often we think about cutting down on what we buy because we’d like to be frugal, and save money. And I’m all for that. But there’s more to buying less. Iran to start up first nuclear reactor - NewsTrust.net 21 August 2010Last updated at 21:18 Scientists from Iran worked to fuel the reactor Iran has begun loading fuel into its first nuclear power station in a ceremony attended by Russian officials. Caves of Wonder A series of massive caves was recently discovered in Vietnam. The passage into the caves is about 300 feet wide and nearly 800 feet tall. And that's just the lobby. Inside the depths of the largest of the caves sits a real live jungle! This is potentially the largest cave in the world, and it was only recently discovered.

[December] As WikiLeaks founder turns himself in, will the cyber leak war end? Julian Assange, the founder of WikilLeaks, is planning to turn himself into police to face questioning over allegations of rape and other crimes in Sweden. The question is whether that will end the cyber leak war that has been happening for weeks. The case is a test of just how far internet freedoms can go, since WikiLeaks has come under fire from governments around the world for making classified documents public on the internet. 75 (Really) Useful JavaScript Techniques Advertisement Developers and designers are using more and more JavaScript in modern designs. Sometimes this can be a hindrance to the user and take away from the simplicity of the design, and other times it can add greatly to the user’s experience. The key is a) adding the right amount of JavaScript, and b) using the right JavaScript techniques.

Cheap and natural cleaning alternatives Want to get that icky bathroom mess tidied quickly without spraying a lot of unpronounceable substances everywhere? We've rounded up a list of gentle, effective natural cleaners that are safe for you and your family. They'll save you money while helping to protect the environment. Scientists Dispute Government Stance on the Lingering Effects of Gulf Oil - NewsTrust.net A fisherman runs his small shrimping skiff through a bayou on Monday near Dularge, La. A new study published this week calls into question the safety of Gulf seafood. (Win McNamee/Getty Images) As we've noted, scientists seemed, on the whole, rather skeptical when a government report said most of the oil from BP’s well was gone from the Gulf of Mexico. Now the pushback against the government’s stance has grown, with several scientific reports released this week. Researchers at the University of Georgia found that up to 79 percent of the oil released into the Gulf “has not been recovered and remains a threat to the ecosystem.”

Marcahuasi and San Pedro de Casta Meet the New Age I first heard about San Pedro de Casta because the village is the access point for Marcahuasi, an allegedly ancient archeological site high in the arid western slopes of the Peruvian Andes. Here, people claimed, humans had lived for 10,000 years and left behind sculptures that depicted the various races of humanity and a wealth of other oddities. My discovery of the village's existence happened at a peculiar spot in Lima in the mid 1970s. I was in one of the downtown tourist shops near Plaza San Martin, looking for an ancient jungle weaving that I had heard may have been for sale in one of the boutiques.

Interesting but unsurprising. Certainly, it's a good answer to all the men who insist that fat women "really don't get treated any worse than fat men". by mnemoscat Sep 21