Gone with the Blastwave - Because war can be boring too. 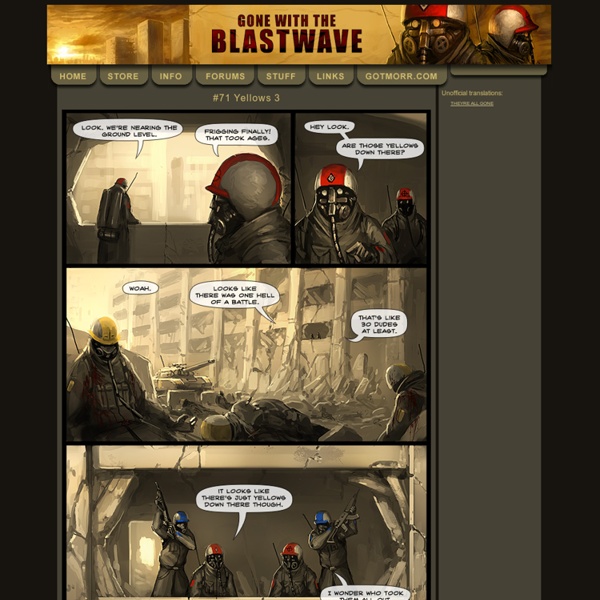 wanderingspace Cake Wrecks - Home 10 Ways to Customize a Rental Bathroom | Apartment Therapy Chicago Add storage Renovation and rental are two words that you don't hear too much in the same sentence, but even though you might not be able to completely overhaul your rental apartment, there are ways to cover up that old avocado-green tile, add storage to your small shower, or transform an ugly overhead light without making your landlord angry in the process. Add Storage: Rental bathrooms usually don't come with a lot of built-in storage, so small additions like shower caddies and wall-mounted shelves can help. SimpleHuman makes a few different caddies and soap pumps that can be suction-cupped, tension-mounted, or silicone-glued to the wall without damaging your tile. RELATED POSTS• 10 Ways to Customize a Rental• 11 Luxurious Touches to Add to Your Rental Bathroom• A Rental Bath, Accessorized Photos: SimpleHuman, Emma Jeffs, Mibo, Sarah Coffey, Gregory Han, Viva Terra, Crate & Barrel, Matteo, Wisteria

OMG Posters! Mad Gasser of Mattoon The Mad Gasser of Mattoon (also known as the "Anesthetic Prowler", Friz, the "Phantom Anesthetist", the "Mad Gasser of Roanoke", or simply the "Mad Gasser") was the name given to the person or people believed to be responsible for a series of apparent gas attacks that occurred in Botetourt County, Virginia, during the early 1930s, and in Mattoon, Illinois, during the mid-1940s. Whether the attacks were anything more than a case of mass hysteria, if the individual reports were connected, and the ultimate explanation for the events all remain debated.[1] Appearance[edit] Most contemporary descriptions of the Mad Gasser are based on the testimony of Mr. and Mrs. Reported attacks[edit] Botetourt County, Virginia[edit] The first recorded Mad Gasser incident occurred in Botetourt County, Virginia, with attacks occurring between December 22, 1933 and February 1934. Chronology[edit] At about 10 pm on December 22, 1933, Mrs. The next recorded incident occurred in Cloverdale on December 24.

M40 Wilderness Survival Store FORUM 'RULE OF THREES'Short Version - (1) Be Topical. (2) Be Original. (3) Be Nice. Long version:(1) Stay on topic - If the discussion wanders off topic or into nonsensical rambling, I will remove your comments. Repeated abuse will result in you being banned from posting here. If you post blatant spam here, I will ban you from this forum AND... (2) Be original in your postings. (3) Please be nice... we all know what this means. FORUM - M40 Custom Blades Discussion - NOTE - For discussion on a different kit/subject, please navigate to that subject's page and use that forum!

Your pal, John K. In 1998, aged just 14, aspiring young cartoonist Amir Avni decided to send a letter to the creator of Ren & Stimpy, John Kricfalusi, along with a few cartoons he'd drawn, some of which contained relatively unknown characters of John's. An incredibly generous reply soon arrived in the form of the wonderfully supportive, illustrated letter seen below, along with this picture and a book by Preston Blair. When I spoke to Amir in 2010, he said of John's response: "I think John puts a lot of faith in the younger generation of cartoonists, and wants to make sure they are well educated. He sees the younger generation as the future of cartoons, and that's why he's so approachable and good willed." It's an admirable stance, and one that inspired this particular young animator to follow his dream. Note: Thanks to the incredible response to this post early-2010, John Kricfalusi subsequently answered questions over on Reddit, who even changed their logo for a day to honour him. Transcript follows.

The Site for Books & Readers - Shelfari Riddle Me This - Flash You Thus Most of those that read the post yesterday and commented were on the right path. I loved the different directions that people took - especially Tony's idea of the device being a security system. The product in question is called the Flashbak. I guess my first comment is that I am kind of intimidated by the thing. Upside-Down-Ternet My neighbours are stealing my wireless internet access. I could encrypt it or alternately I could have fun. I'm starting here by splitting the network into two parts, the trusted half and the untrusted half. The trusted half has one netblock, the untrusted a different netblock. /etc/dhcpd.conf IPtables is Fun! Suddenly everything is kittens! /sbin/iptables -A PREROUTING -s 192.168.0.0/255.255.255.0 -p tcp -j DNAT --to-destination 64.111.96.38 For the uninitiated, this redirects all traffic to kittenwar. For more fun, we set iptables to forward everything to a transparent squid proxy running on port 80 on the machine. /sbin/iptables -A PREROUTING -s 192.168.0.0/255.255.255.0 -p tcp -m tcp --dport 80 -j DNAT --to-destination 192.168.0.1 That machine runs squid with a trivial redirector that downloads images, uses mogrify to turn them upside down and serves them out of its local webserver. The redirection script Then the internet looks like this! I made xkcd - how cool is that ?

How to Wrap a Paddle or Handle with Paracord | ITS Tactical If you’ve been in the Military, particularly the Navy, then you’ve probably seen the intricate work that’s been done with presentation paddles or other keepsakes given to service members. They’re usually given out by a unit to commemorate one’s accomplishments there or as a token of appreciation when someone leaves a unit. This can be a change in duty station, retirement or any to mark any occasion. Decorative knot work, like we’ll show today on an example paddle, has existed in the Military for a long time. Coxcombing, or spiral hitching has long been a staple on Navy Ships to add grip to stanchions and railings, but has become less used since WWII. This Coxcombing can also be applied to the handle of a knife, much like previous Knot of the Week articles like the Strider Knives / TAD DUK Paracord Wrapping. (Strength: –/Secure: –/Stability: –/Difficulty: 5) Please refer to our Knot of the Week introduction post for a description of what these ratings mean. Uses: Tying Instructions:

Octopus wrestling Three divers holding the largest catch of the 1963 World Octopus Wrestling Championships, a 57-pound giant Pacific octopus. Octopus wrestling involves a diver grappling with a large octopus in shallow water and dragging it to the surface.[1] An early article on octopus wrestling appeared in a 1949 issue of Mechanix Illustrated.[2] In April 1963, 111 divers took part in the World Octopus Wrestling Championships. Merely to minnow about underwater is no longer enough, and such sports as octopus wrestling are coming increasingly into vogue, particularly in the Pacific Northwest, where the critters grow up to 90 lbs. [41 kg] and can be exceedingly tough customers. All this while O'Rourke was becoming perhaps the world's greatest authority on the thought processes and the personality of the octopus. References[edit] External links[edit] Octopus Wrestling, A Sport That Amounted To Cephalopod Home Invasion (article from io9)

A Dry, Quiet War - by Tony Daniel A Dry, Quiet Wara noveletteby Tony Daniel I cannot tell you what it meant to me to see the two suns of Ferro set behind the dry mountain east of my home. I had been away twelve billion years. I passed my cabin, to the pump well and, taking a metal cup from where it hung from a set-pin, I worked the handle three times. At first it creaked, and I believed it was rusted tight, but then it loosened, and within fifteen pulls, I had a cup of water. Someone had kept the pump up. After a time, I walked to the house, climbed up the porch and the house recognized me and turned on the lights. It was a five mile walk, and though I could have enhanced and covered the ground in ten minutes or so, I walked at a regular pace under my homeworld stars. It was a good night at Thredmartin's. I blinked up an internals menu into my peripheral vision and adjusted to the room's temperature. The bartender, old Thredmartin himself, reluctantly came over to me. "What can I do for you, sir?" "Eh?" "Why not?" "No.

Vehicle We recently met a guy in Colorado who is living out of the bed of his truck, ski bumming for the winter - no heat and no insulation in single digit temperatures. In Jackson, Wyoming we see many single dudes similarly living out of their pickup trucks. It makes what we're doing seem downright plush. So, with that in mind, it was hard to even fathom writing a blog post about our first experience living in El Tigre for the winter. What's the big deal, right? Below are some of our issues and some solutions that we discovered over the past couple of months. Despite all of our upgrades this past summer, including insulation, the Tiger has a couple of winter-living challenges. We place Reflectix on the kitchen and living room windows at night, but the frames and sometimes the windows still inevitably ice up.