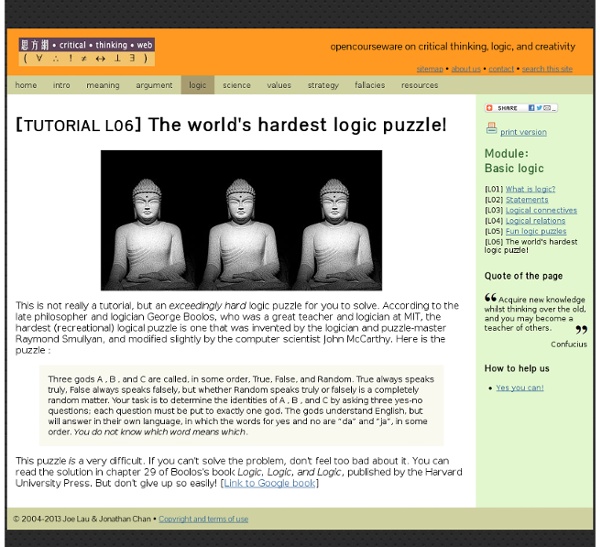 Color Wheels are wrong? How color vision actually works. Color theory is a little obsession of mine. You’re here for startup advice, but this week I’m taking an indulgence. Leave a comment if you want to see more or fewer of these little distractions. Why are artists special? Ask any artist to explain how color works, and they’ll launch into a treatise about how the Three Primary Colors: red, blue, and yellow form a color “wheel:” Why “wheel?” Continuing this process produces the infamous color wheel you probably learned in school; a pretty, symmetrical, satisfying device in which each hue melds seamlessly and linearly into the next: Unfortunately, none of this stands up to even minor scrutiny. For example, open up your desktop printer and you’ll see something quite different: Three colors of ink which, when combined, produce all others: cyan, magenta, and yellow. But wait! Also it’s not as simple as saying “any three colors can produce all the others” because that’s clearly not true (by experiment). TVs and computers are different yet again.

E316K -- Bremen I think that if there is any value in hearing writers talk, it will be in hearing what they can witness to and not what they can theorize about. My own approach to literary problems is very like the one Dr. Johnson's blind housekeeper used when she poured tea–she put her finger inside the cup. These are not times when writers in this country can very well speak for one another. In the twenties there were those at Vanderbilt University who felt enough kinship with each other's ideas to issue a pamphlet called, I'll Take My Stand, and in the thirties there were writers whose social consciousness set them all going in more or less the same direction; but today there are no good writers, bound even loosely together, who would be so bold as to say that they speak for a generation or for each other. The social sciences have cast a dreary blight on the public approach to fiction. Henry James said that Conrad in his fiction did things in the way that took the most doing.

Cunnamulla Cunnamulla /kʌnəˈmʌlə/[2] (Aboriginal meaning "long stretch of water") is a small town that lies on the Warrego River in South West Queensland, Australia, 206 kilometres (128 mi) south of Charleville, and approximately 750 kilometres (470 mi) west of the state capital, Brisbane. Cunnamulla is situated at the intersection of the Mitchell Highway and the Balonne Highway. At the 2006 census, the town had a population of 1,217.[1] Cunnamulla is the administrative centre for the Paroo Shire, which also includes the townships of Wyandra, Yowah and Eulo, and covers an area of 47,617 square kilometres (18,385 sq mi). Cunnamulla's indigenous community suffers from a high level of domestic violence according to a report of the Aboriginal and Torres Strait Islander Women’s Task Force on Violence.[3] History[edit] It has also been stated that the very first interstate game of Rugby League (between New South Wales and Queensland) was played between Cunnamulla and Bourke. Flooding[edit] Facilities[edit]

5 Great Alternative To Photoshop Adobe Photoshop is a great product. I have been using it since 2003 and I simply love its functionality and ease of use. If there is anything to complaint about, then it has to be the high cost (US$649) involved in buying the software. For those who can’t afford Photoshop, here is a list of the 5 great free alternative to Photoshop. There is no doubt that GIMP is the closest alternative to Photoshop. Using GIMP as the backend, GIMPshop added an extra interface to make it looks and functions more like Photoshop. Krita is a painting and image editing application for Koffice and is part of the KDE package. Paint.NET is more than the default Paint application in Windows. CinePaint is a deep paint image retouching tool that supports higher color fidelity than ordinary painting tools.

Geometry of the Universe Can the Universe be finite in size? If so, what is ``outside'' the Universe? The answer to both these questions involves a discussion of the intrinsic geometry of the Universe. At this point it is important to remember the distinction between the curvature of space (negative, positive or flat) and the toplogy of the Universe (what is its shape = how is it connected). There are basically three possible shapes to the Universe; a flat Universe (Euclidean or zero curvature), a spherical or closed Universe (positive curvature) or a hyperbolic or open Universe (negative curvature). All three geometries are classes of what is called Riemannian geometry, based on three possible states for parallel lines always divergent (hyperbolic) or one can think of triangles where for a flat Universe the angles of a triangle sum to 180 degrees, in a closed Universe the sum must be greater than 180, in an open Universe the sum must be less than 180.

Czech and Slovak Cinema The Russian tanks rolled into Prague in August 1968, and the country was cowed into toeing Moscow's political line. Funnily enough, the definitive end to the Prague Spring didn't happen until almost a year later with an ice hockey match some 650 miles away in Stockholm. It was the first major international sporting event between Czechoslovakia and the USSR since the invasion, and the Czechs splurged their hoarded foreign currency allowances to be able to attend and hold up signs such as "Your tanks won't help you now." The Czechoslovak players, meanwhile, covered up the red stars on their jerseys. If such provocations weren't enough, Czechoslovakia won the game 2-0, and a massive celebratory riot broke out in Prague during which the offices of Aeroflot, the Russian state airline, were trashed. Otakar Vávra's Witches' Hammer (Kladivo na carodejnice, 1969) is more allegorical, but it doesn't take too much to see through his portrayal of the 17th century. "Dimensions of Dialogue"

Goodooga, New South Wales Goodooga is a village in the Australian state of New South Wales in Brewarrina Shire on the eastern bank of the Bokhara River. It is near Brewarrina and Lightning Ridge, its closest neighbour. The town lies 20 kilometres south of the Queensland border. Goodooga is an Aboriginal word meaning, according to some "Yam". However it has been proposed that it derives from "guduu+ga", 'at the place of the Murray cod' [guduu], rather than "gudugaa", a species of yam.[3] At the 2006 census, Goodooga had a population of 265, with 81% of the population of Aboriginal descent.[1] Goodooga's newspaper is the Goodooga Flash. Goodooga's main sport is Rugby league, the Goodooga Magpies or the Goodooga 'Newtown' Jets. Notes[edit] References[edit] Anna Ash et al., Gamilaraay, Yuwaalaraay and Yuwaalayaay Dictionary.

2-Step DVD-to-PC or iPod Video Conversion using Free Software I’ve spent a lot of time over the past years figuring out how to get my DVD collection onto my PC so I can use my Home Theater PC (HTPC) to play my library on my TV. The following is the two step process I’ve come up with to do this; all other programs I’ve used either are not free, install spyware, or desync the audio. Step 1: Install and use DVDFab HD Decrypter. The settings here are pretty straightforward. Select “Full Disk” and where you want to save the file. Step 2: Install and Launch Handbrake. Handbrake is a cross-platform (Win, Mac, Linux) program which is a collection of command line utilities that are used to convert DVD files to media files for use on your PC or iPod. Handbrake really can’t make things too much simpler. You can then select your options manually, or use some of the pre-built presets available on the right to automatically convert your DVD for several devices. Finally, select the “Destination” and file name for your converted file. Bonus: With Dr.

Clocks Metric (or Decimalized) Time The day is divided into 100 parts (centidays), plus decimal fraction. Think of it as a percent of the day. The "Universal Metric Time" is based on the International Date Line. Hexadecimal Time The day is divided up into 65536 parts and written in hexadecimal (base-16) notation (A=10, B=11 ... Much more information about this can be found at Intuitor Hexadecimal Headquarters. Octal Time Octal Time uses a base-8 system (digits 0-7). Base64 Time Base-64 uses ASCII characters (in ascending order: A-Z, a-z, 0-1, +, and /). Binary Time Like hexadecimal time, the day is divided into 65536 parts, only we display it as a binary number using squares for bits, here using dark squares to represent 1 and white for 0. This can be viewed as a variation of hexadecimal time by dividing it into four 2x2 blocks of squares, each block corresponds to a digit of hexadecimal time. Mayan Time