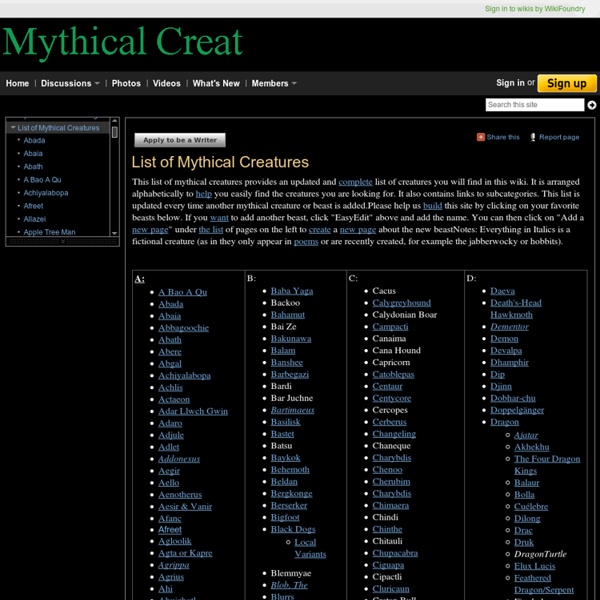 Stereotypes Of Witches 1. Witches are naturally evil. This is pure nonsense.Simple as that. A large portion of the witch craft religion is in fact doing good for others and for nature. This is also not true. Also wrong. WRONG. Wrong again. Also not necessarily true. This is wrong and stupid. 8. How would this even be possible when witches cast spells on themselves from time to time? 9. It is true that many goth's say they are witch's but not all witch's are goth. We are not werewolves or ShapeShifter's. 11. Wrong again. 12. Simple answer to this. 13. Some do, but it is highly frowned upon in most circles. 14. Hahaha, That only happens in Hollywood movies. 15. Once again only in the movies. 16. We are not super hero's people. 17. Wrong, Male witch's are not known as warlocks. 18. Satanists worship Satan. 19. How can this be when we don't believe in Satan? 20. This is sick and wrong. 21. This is a lie. 22. We don't believe in Satan so this whole stereotype is inaccurate. 23. Why would we hate Christians? 24. 25.

Rumpelstiltskin Rumpelstilksin is an elf character in a fairy tale of the same name that originated in Germany (where he is known as Rumpelstilzchen). The tale was collected by the Brothers Grimm, who first published it in the 1812 edition of Children's and HouseholdTales. It was subsequently revised in later editions until the final version was published in 1857. Plot synopsis In order to make himself appear more important, a miller lied to the king that his daughter could spin straw into gold. The king called for the girl, shut her in a tower room with straw and a spinning wheel, and demanded that she spin the straw into gold by morning, for three nights, or be executed. The king was so impressed that he married the miller's daughter, but when their first child was born, the dwarf returned to claim his payment: "Now give me what you promised". "To-day do I bake, to-morrow I brew,The day after that the queen's child comes in;And oh! Name origins Analysis

Undine (alchemy) Undines (from Latin: Unda "a wave"), also called ondines, are water elementals in alchemical works of Paracelsus.[1] A Timeline of World Civilizations for Mythology - dummies Part of Mythology For Dummies Cheat Sheet Mythology seeks to explain the world and thus reflects the culture, events, and history of the societies that create the stories handed down as myths. Egypt’s Nile River and its cycle of overflowing its banks leaving fertile ground as it receded became the basis for Egyptian religion that demanded that the people help the gods prevent anything from interfering with the cycle. Myths form around the founding of cities, including Athens and Rome — about 10,000 to 2,500 years ago, respectively — and the founding of civilizations, including the creation myths passed down in virtually every culture. Chinese and Native American myths account for astrological occurrences as well as for more earth-bound events such as the Toltec invasion of the Mexican city of Teotihuacan in 900 CE. Famous poems, such as Beowulf and the Saga of the Volsungs are combinations of history and legend.

Beryl In geology, beryl is a mineral composed of beryllium aluminium cyclosilicate with the chemical formula Be3Al2(SiO3)6. The hexagonal crystals of beryl may be very small or range to several meters in size. Terminated crystals are relatively rare. Etymology[edit] The name beryl is derived (via Latin: beryllus, Old French: beryl, and Middle English: beril) from Greek βήρυλλος beryllos which referred to a "precious blue-green color-of-sea-water stone";[1] from Sanskrit vaidúrya(वैदुर्यः): "brought from Vidûra" (originally lapis lazuli) [4] akin to Prakrit verulia, veluriya ("beryl").[5] The German word brille (eyeglasses) is also derived from Sanskrit vaidurya.[6] The term was later adopted for the mineral beryl more exclusively.[2] Deposits[edit] Varieties[edit] Aquamarine and maxixe[edit] Aquamarine The pale blue color of aquamarine is attributed to Fe2+. In the United States, aquamarines can be found at the summit of Mt. Emerald[edit] Rough emerald on matrix Golden beryl Heliodor Goshenite[edit]

The Evolutionary Tree of Religion - Signs and symbols of cults, gangs and secret societies A brilliant infographic on the evolution of the world’s main religions was posted to Reddit a couple of days ago. It turns out the user/project Human Odyssey, or Simon E. Davis, has also made other comprehensive infographics on subjects such as Sacred Symbols of the Stone Age (below) and Secret Ciphers. Faeries - Encyclopedia Mythallica Customarily brownies are said to inhabit houses and aid in tasks around the house. However, they do not like to be seen and will only work at night, traditionally in exchange for small gifts or food. They take quite a delight in porridge and honey. They usually abandon the house if their gifts are called payments, or if the owners of the house misuse them. Brownies make their homes in an unused part of the house. The ùruisg had the qualities of man and spirit curiously commingled. Every manor house had its ùruisg, and in the kitchen, close by the fire was a seat, which was left unoccupied for him. In 1703, John Brand wrote in his description of Zetland that: The brownies seldom discoursed with man, but they held frequent and affectionate converse with one another.

The Mabinogion: mythology? Heroic tales? Romance? Mess? The Welsh collection of ancient tales called The Mabinogion is an intriguingly messy collection of tales that run the gamut from myth to romance with a disregard for continuity… The Mabinogion (image courtesy Goodreads) The last of the “folk literature” I’ve completed for this year’s reading list isn’t an epic at all. The tales divide into three groups. The second group is called “Native Tales.” The final group of tales are Arthurian romances. I’ve dithered quite a bit here, trying to come to some overarching commentary, analysis, or insight of The Mabinogion for those kind enough to spend a few minutes reading this essay. I did not enjoy The Mabinogion. It is certainly an important historical work – though, like scholar John Bollard, I think that the works might be better served if treated as separate groups of works – in other words, Welsh mythology, Welsh folk history/legends, and the Welsh versions of Arthurian romances should be separate volumes. Like this: Like Loading...

About Aquamarine Getting to know about gem "Aquamarine" Aquamarine general information The name Aquamarine is derived from two Latin words: aqua, meaning “water” and marina, meaning “of the sea.” In the beryl species, aquamarine is second only to emerald in popularity. Fine aquamarines are paired with diamonds and mounted in platinum in this jewelry suite. In the commercial market, aquamarine competes with treated blue topaz for attention, but fine aquamarine sells for far more than equivalent-quality treated blue topaz. Aquamarine’s hardness and transparency make it popular with designers, artists, and carvers. Aquamarine’s color range is very narrow. Although sapphire is the most popular blue gemstone, aquamarine is one of many other blue stones that have considerable markets of their own. Color causing element in Aquamarine Like peridot, aquamarine's color caused by the traces of iron in its crystal structure combined with two charge transfer. Cutting of aquamarine: Aquamarine' clarity Heat treatment:

Changeling A changeling is a creature found in folklore and folk religion. Description[edit] It is typically described as being the offspring of a fairy, troll, elf or other legendary creature that has been secretly left in the place of a human child. Sometimes the term is also used to refer to the child who was taken. The apparent changeling could also be a stock or fetch, an enchanted piece of wood that would soon appear to grow sick and die. The devil steals a baby and leaves a changeling behind, early 15th century, detail of "The legend of St. Purpose of a changeling[edit] One belief is that trolls thought that it was more respectable to be raised by humans, and that they wanted to give their own children a human upbringing. Beauty in human children and young women, particularly blond hair, was said to attract the fairies.[4] Other folklore[2] say that human milk is necessary for fairy children to survive. Changelings in folklore[edit] Cornwall[edit] Germany[edit] Ireland[edit] The Isle of Man[edit]

The Hermit and the Wild Woman - Chapter I Chapter I THE Hermit lived in a cave in the hollow of a hill. Below him was a glen, with a stream in a coppice of oaks and alders, and on the farther side of the valley, half a day's journey distant, another hill, steep and bristling, which raised aloft a little walled town with Ghibelline swallow-tails notched against the sky. When the Hermit was a lad, and lived in the town, the crenellations of the walls had been square-topped, and a Guelf lord had flown his standard from the keep. Then one day a steel-coloured line of men-at-arms rode across the valley, wound up the hill and battered in the gates. He had no wish to go back. All these thoughts came back to him now in his cave on the cliff-side. Gradually the horror faded, leaving only a tranquil pleasure in the minute performance of his religious duties. So the Hermit, for many years, lived to the glory of God and in great peace of mind.