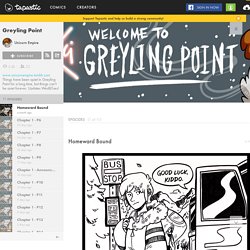 Behind The Obsidian Mirror. TRANCE the comic (Web-MA) - updated weekly Tuesdays. Sonnet. Galaxia (Yaoi) an Original Comic Series on Inkblazers.com. Obsidian Heart. CyberSteel Yaoi Comic. Anonymous asked: For those of us who for various reasons can't get a print, will it be available again in the future and would it be available as a PDF? 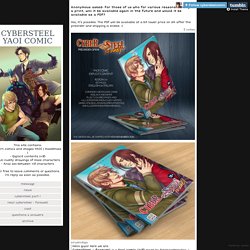 Yes, it’s possible. The PDF will be available at a bit lower price on dA after the preorder and shipping is ended. :) 5 notes. Hoarfrost. Artifice - Title Page. Artifice is a sci-fi comic written and published by me, Alex Woolfson. 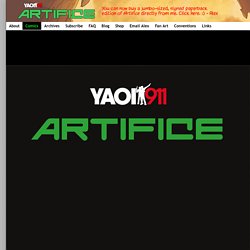 All the art is by the awesome and brilliant Winona Nelson. I hope you enjoy it! Some navigation tips: At the bottom of each comic, there is a navigation menu giving you the choice to go to the First, Previous, Next and Last pages. (Or if you’re feeling non-linear, there’s even a “Random” page option.) Shounen Fight! - Magic: Not Just For Girls Anymore. Caprice. Spectre. Oscura. La Macchina Bellica » Archive » The story begins… Welcome to La Macchina Bellica! 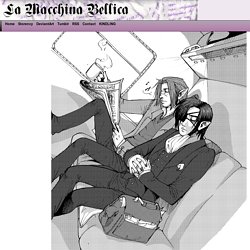 Macchina is a wartime romance/drama in a neo-Victorian setting. The comic will be updated every Monday, Wednesday and Friday! This comic is drawn in traditional media- penciled then inked with Sakura microns on Blue Line Pro paper. Reduced 67% then toned in Manga Studio. Speech bubbles and other text/minor tweaking in Photoshop CS2. Introduction: La Macchina Bellica takes place on Vesudha, a planet vaguely reminiscent of Earth. For nearly a thousand years, the two continents have been in constant struggle for territory. This story follows both sides of the conflict: the Devons, a Calanthian family living in the capital city of Solaris, torn by internal strife and the story of the Feuerlandian battleship the Reinheit. Sharkteeth. Prince of Cats - Page 01. Behind The Obsidian Mirror. Longitudes-latitudes. A Broken Winter. Enthrall. Home. In so many words - Comics - 1-1. Extraño. Fictional character biography[edit] During the Millennium event, Extraño was part of a group selected by the Guardians of the Universe to take part in an experiment in human evolution. 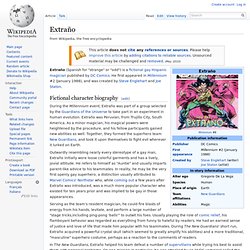 Extraño was Peruvian, from Trujillo City, South America. As a minor magician, his magical powers were heightened by the procedure, and his fellow participants gained new abilities as well. Together, they formed the superhero team New Guardians, and took it upon themselves to fight evil wherever it lurked on Earth. Serving as the team's resident magician, he could fire blasts of energy from his hands, levitate, and perform a large number of "stage tricks,including ping-pong 'balls'" to outwit his foes. Powers and abilities[edit] Being a magician, Extraño has a number of abilities linked to his trade. Shounen Fight! - Chapter 1: Magically Ill – Page 1. YForce Comic Home - Free Webcomic. Ship Jumper » A Yaoi Webcomic by Captain LeBuff. Enthrall. Vampirates! (Sun/Wed) Demon of the Underground - An Online Webcomic. "A webcomic sans butts! Updates Monday, Wednesday, and Friday." 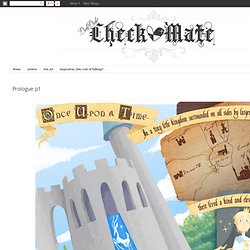 It came about once I started working on the computer. The method behind this is a lot less... Strict... Ok I'll say it - EXACTING... As my usual method. The colors are as bright as I could wish for given the subject/style I am going for and the look is matching well too. Yaoi 911 Webcomics - Featuring the gay sci-fi webcomic Artifice. Starfighter Visual Novel by HamletMachine. Thank you all so much! 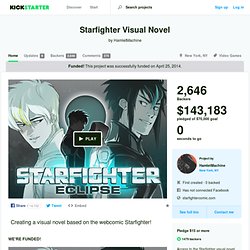 You have all been so incredible in your support and have truly made this project possible! While we are funded, the Kickstarter will continue and there's many more stretch goals to unlock along the way! Check it out: (The later stretch goals will be revealed as the earlier goals are unlocked!) Starfighter: Eclipse: We are looking to create an adult visual novel based on the webcomic Starfighter. STARFIGHTER ECLIPSE, oh yes, let’s do this. Maybe you’ve heard of visual novels! When I finally got to try a few of them out, I realized visual novels have the whole package: music, art, narrative, and ROMANCE OF YOUR CHOICE (this is kind of the ultimate for me and all I desire in this world). Here’s what I want to do: make the game easy to pick up and play.

I would also like to make the visual novel accessible to both long-time followers of the comic and those who are just being introduced to the world! We hope to have the game done in early Spring of 2015. Incubus Tales by Hushicho. Knights-errant. DEMENTED. Spacejinx Mission 01 Page 01. LOVE is in the BLOOD - Urban Fantasy Graphic Novel / webcomic » New action-romance comic book tales of the first vampire. Purpurea Noxa - Yaoi Webcomic - Boys Love - Vampire. Neon Glow » WebComic. Starseed - Landing Page. Chapter 1: Sins of the Father – Cover. Buying Time - Chapter 1. 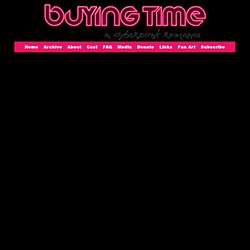