Hierarchy of Angels and Demons by justdejan on DeviantArt. The Scottish Rite of the Irish Children of the Nephilim. It was in the lands of Western Europe where the mighty Nephilim would continue their sagas of kings, conquest, religion and legends. 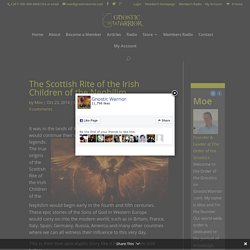 The true origins of the Scottish Rite of the Irish Children of the Nephilim would begin early in the fourth and fifth centuries. These epic stories of the Sons of God in Western Europe would carry on into the modern world; such as in Britain, France, Italy, Spain, Germany, Russia, America and many other countries where we can all witness their influence to this very day. This is their true apocalyptic story like it has never been told before. The legend of this race we are told in scriptures, that these, with all the others, in the thousand one hundred and seventieth year of the world, took to themselves wives, and they continued in their madness with them unto the flood. This is why the meaning of the word Nephilim, is to fall. These Elioud migrated to Ireland from the East approximately 2,700 years ago, where they became known as the Ulaid. Erin Go Bragh……. Sophia. From Wikipedia, the free encyclopedia Sophia may refer to: People[edit] Geography[edit] Media and entertainment[edit] Games[edit] SOPHIA, a vehicle from the video game series Blaster Master Music[edit] Artists[edit] Works[edit] Organizations[edit] Philosophy[edit] Science[edit] 251 Sophia, a main belt asteroid. 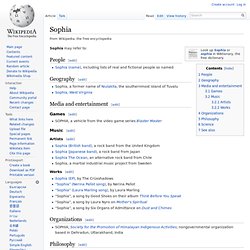 Palo Mayombe - Viewing Gallery. Cuban Filmmaker Roberto Chile’s work comes to the U.S. A sample of the photographer and filmmaker Roberto Chile “Images of everyday Afro-Cuban” opened in New York under the auspices of the embassies of Venezuela and Cuba in the United States. 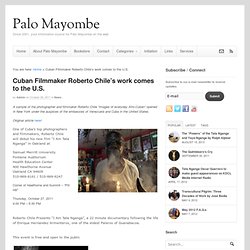 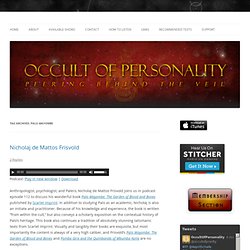 In addition to studying Palo as an academic, Nicholaj is also an initiate and practitioner. Because of his knowledge and experience, the book is written “from within the cult,” but also conveys a scholarly exposition on the contextual history of Palo’s heritage. This book also continues a tradition of absolutely stunning talismanic texts from Scarlet Imprint. Visually and tangibly their books are exquisite, but most importantly the content is always of a very high caliber, and Frisvold’s Palo Mayombe: The Garden of Blood and Bones and Pomba Gira and the Quimbanda of Mbumba Nzila are no exceptions. Nicholaj begins our interview by describing his interest and early experience in esotericism.

Intro music by HipGnosis and Paul Avgerinos. What is Palo Mayombe. The Perfume of Death Palo Mayombe. Text and photos via Caroline Edge The city of Camgüey in the east of Cuba is known as ‘The Maze’, its twisting streets built to confound marauders in the 16th Century. 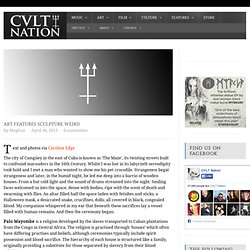 Whilst I was lost in its labyrinth serendipity took hold and I met a man who wanted to show me his pet crocodile. Strangeness begat strangeness and later, in the humid night, he led me deep into a barrio of wooden houses. From a hut cold light and the sound of drums streamed into the night. Smiling faces welcomed us into the space, dense with bodies, ripe with the scent of death and swarming with flies. Palo Mayombe is a religion developed by the slaves transported to Cuban plantations from the Congo in Central Africa. Palo symbolism reflects a diverse heritage. ‘African’ religions were practised underground in Cuba until the abolition of slavery in 1886. Share This Article Do the sharing thingy About Author More info about author Meghan More by Meghan. 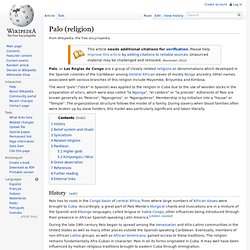 Other names associated with various branches of this religion include Mayombe, Briyumba and Kimbisa. The word "palo" ("stick" in Spanish) was applied to the religion in Cuba due to the use of wooden sticks in the preparation of altars, which were also called "la Nganga", "el caldero" or "la prenda". Adherents of Palo are known generally as "Paleros", "Ngangeros", or "Nganguleros". Membership is by initiation into a "house" or "Temple".