BibleGateway.com: A searchable online Bible in over 100 versions and 50 languages. 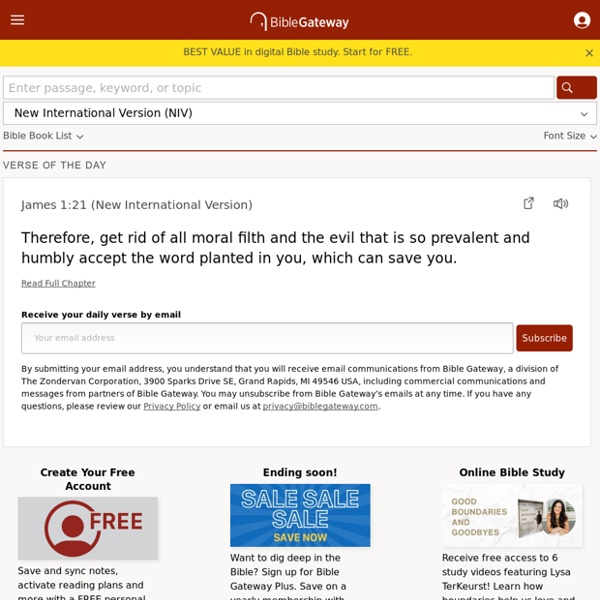 Project Compassion 2016 - Caritas Australia's annual humanitarian fundraising event Caritas Australia’s annual Lenten fundraising and awareness-raising appeal brings thousands of Australians together in solidarity with the world's poor to help end poverty, promote justice and uphold dignity. 50 years of Project Compassion In 2016, we celebrate 50 years since the first national appeal was held in Lent of 1965. The appeal raised the equivalent of $90,000 towards community 'self-help' projects in countries like Papua New Guinea, Vietnam and Malaysia. Take a trip down memory lane 10 Fascinating Facts About Slavery Facts [WARNING: Some images may disturb.] Slavery has been a part of human society since its beginning – and it continues to thrive today. This list looks at some facts about slavery that should (for the most part) be unknown to most of our readers. This is a look through history at how slavery has existed and survived through time. Established In Virginia

Early Church Fathers - Additional Works in English Translation unavailable elsewhere online Early Church Fathers - Additional Texts Edited by Roger Pearse These English translations are all out of copyright, but were not included in the 38 volume collection of Ante-Nicene, Nicene and Post-Nicene Fathers. Please take copies and place online elsewhere. General Prologue to The Canterbury Tales The "General Prologue" is the name given to the introductory text which opens The Canterbury Tales by Geoffrey Chaucer. In common with most of the rest of the work, it is written in verse. The "General Prologue" sets up the framing device which allows for the telling of several different short stories of various different types. It also introduces the characters of many of the different pilgrims who are the supposed narrators of those stories. To a certain extent, the different personalities and backgrounds of those pilgrims are reflected in the stories which are attributed to them. Summary

Themes of Catholic Social Teaching « Catholic Social Teaching Human Dignity We must recognise we are all brothers and sisters which requires us to respect, value and uphold a common dignity for ourselves and each other. As human beings we are created in the image and likeness of God so therefore we have an inherent worth and distinction. Evolution versus Creationism by Brig Klyce A modern imagination predisposed to a belief in science... will generally find that neither creation nor evolution overcomes its profound conviction of ignorance. — Jacques Barzun, 1964 (0) The big bang theory presents an interesting meeting place for modern science and established western religion. Both groups seem happy to agree that the universe originated out of nothing in an explosion at a definite time very long ago. A few scientists may go on to assert that no further explanation of the universe is necessary, because before the big bang there was no time, so there was no "before the big bang." Stephen Hawking likens the problem to "What's north of the North Pole?" In western religious philosophy the big bang implies the existence of a creator outside of physical existence to launch the whole thing.

Books and Titles Art | Economics | History | Law | Literature | Music | Philosophy | Political Theory | Religion | Science | Sociology | War and Peace Alphabetical List of all Titles | Liberty Fund Books online These are places to go to if you are looking for books, articles, pamphlets, audio, and other titles: Title search by key wordSee the 20 most recently added booksView an alphabetical list of all titlesTitles are organized into “collections” such as: Subject Areas or Disciplines [see below for a list]Topics of a more specialized nature, for example Free TradeSpecial Collections of high scholarly note, such as the Ludwig von Mises Library and the Toronto University Press edition of The Collected Works of John Stuart MillOther Collections, such as Primary Sources and the works of the Founding fathers of the American Republic and the U.S.

Wordsworth's Poetic Theory — Preface"" By way of understanding and appraisal, it must first be asked what Wordsworth set out to do and then to what degree he succeeded. It has been remarked that he was one of the giants; almost single-handedly he revivified English poetry from its threatened death from emotional starvation. What Burns, Blake, and Cowper, his contemporaries, wanted to do and could not, he did. The neo-classically oriented writers of the so-called Augustan Age (1701 to about 1750), Swift, Gay, Addison and Steele, Pope, and to a lesser extent Richardson and Fielding, chose Latin authors of the time of the Pax Romana (hence the name Augustan) as their models.

4 Arguments for Technology Infusion in Schools Jon KonenSchool Principal You ever been in argument with someone about education, and what we should be or should not being doing? It's not hard to argue against someone who believes students should be technology free in schools. We see technology in almost all jobs and every aspect of our lives.

That's a great idea. I've been doing the same in Swedish, but unfortunately BibleGateway doesn't include the best Swedish translation - still, I've picked up a lot of Swedish from this method and must encourage my students learning English to try it as well! by gormcc May 3

God is awesome to meet our needs, so that their technology helps us to meet the needs of others. by hgoriginal May 3

I am an English speaker learning Spanish. After using this site to study a chapter from the Bible, I compare what I have read wtih other translations, then I use this site to look up a Spanish version of that part of the Bible. It reinforces my understanding of the chapter, and at the same time helps me to improve my Spanish. by spinnymommy May 1

Extremely useful - especially how you can quickly switch from one version to another to compare translations. by gormcc May 1

The Bible online in many different translations and languages. A great tool. by alexventrella Apr 16