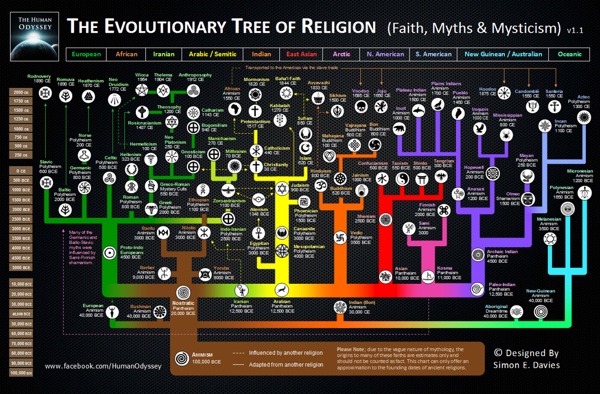 simonask comments on Female genital mutilation exposed in Swedish class. Some 60 cases of genital mutilation have been discovered in Norrköping in eastern Sweden since March Anthropologist here (well, ethnomusicologist, but close enough…). So there's that one class in first year of Anthropology where students are taught about cultural relativism and the inherent arbitrariness of it all. It's an important one, because we come from a history of automatically thinking that "Western" equals "more civilised", "more developed", "more progressed", "less primitive", and so on, which is an absolute thought-killer and paves the way for real, harmful oppression. Ok, so we have that lesson down. Now, with that in mind, how do we handle the fact that some cultures create oppressive frameworks within themselves, such as the almost universal blatant patriarchal abuse of women's bodies? The key is to be constantly aware of one's own position as an external force. A modern anthropological strategy towards integration would entail the following:

Greek Gods Family Tree ludios.org Rothschild family A house formerly belonging to the Viennese branch of the family (Schillersdorf Palace). Schloss Hinterleiten, one of the many palaces built by the Austrian Rothschild dynasty. Donated to charity by the family in 1905. Beatrice de Rothschild's villa on the Côte d'Azur, France The Rothschild family /ˈrɒθs.tʃaɪld/,[1] also known as the Rothschilds, is a family descending from Mayer Amschel Rothschild, a court Jew to the Landgraves of Hesse-Kassel, in the Free City of Frankfurt, who established his banking business in the 1760s.[2] Unlike most previous court Jews, Rothschild managed to bequeath his wealth, and established an international banking dynasty through his five sons, that came even to surpass the most powerful families of the era such as the Barings and the Berenbergs.[3] Five lines of the Austrian branch of the family have been elevated to Austrian nobility, being given five hereditary titles of Barons of the Habsburg Empire by Emperor Francis II in 1816. Family overview[edit]

Family tree of the Greek gods Family tree of gods, goddesses and other divine figures from Ancient Greek mythology and Ancient Greek religion The following is a family tree of gods, goddesses and many other divine and semi-divine figures from Ancient Greek mythology and Ancient Greek religion. (The tree does not include creatures; for these, see List of Greek mythological creatures.) Key: The essential Olympians' names are given in bold font. See also List of Greek mythological figures Notes References Sol Invictus Coin of Emperor Probus, circa 280, with Sol Invictus riding a quadriga, with legend SOLI INVICTO, "to the Unconquered Sun": the Emperor (at left) wears a radiated solar crown, worn also by the god on the obverse The idea, particularly popular in the 18th and 19th centuries, that the date of 25 December for Christmas was selected in order to correspond with the Roman festival of Dies Natalis Solis Invicti, or "Birthday of the Unconquered Sun", is challenged today. Invictus as epithet[edit] Sol Invictus played a prominent role in the Mithraic mysteries, and was equated with Mithras himself.[15] The relation of the Mithraic Sol Invictus to the public cult of the deity with the same name is unclear and perhaps non-existent.[16] Elagabalus[edit] Aurelian[edit] The Roman gens Aurelian was associated with the cult of Sol.[20] After his victories in the East, the Emperor Aurelian thoroughly reformed the Roman cult of Sol, elevating the sun-god to one of the premier divinities of the Empire.

Dionysian Mysteries The Dionysian Mysteries were a ritual of ancient Greece and Rome which used intoxicants and other trance-inducing techniques (like dance and music) to remove inhibitions and social constraints, liberating the individual to return to a natural state. It also provided some liberation for those marginalized by Greek society: women, slaves and foreigners. In their final phase the Mysteries shifted their emphasis from a chthonic, underworld orientation to a transcendental, mystical one, with Dionysus changing his nature accordingly (similar to the change in the cult of Shiva). By its nature as a mystery religion reserved for the initiated, many aspects of the Dionysian cult remain unknown and were lost with the decline of Greco-Roman polytheism; our knowledge is derived from descriptions, imagery and cross-cultural studies. Origins[edit] Early Dionysus cult[edit] Role of wine[edit] Rites[edit] Emergence and evolution[edit] Male initiation rituals[edit] Female initiation rituals[edit]

Josephine Baker Josephine Baker (June 3, 1906 – April 12, 1975) was an American-born French dancer, singer, and actress who came to be known in various circles as the "Black Pearl," "Bronze Venus" and even the "Creole Goddess". Born Freda Josephine McDonald in St. Louis, Missouri, Josephine later became a citizen of France in 1937. She was fluent in both English and French. Early life[edit] Baker was born Freda Josephine McDonald in St. Career[edit] Early years[edit] Paris and rise to fame[edit] She traveled to Paris, France, for a new venture, and opened in "La Revue Nègre" on October 2, 1925, at the Théâtre des Champs-Élysées.[5][12] In Paris, she became an instant success for her erotic dancing and for appearing practically nude on stage. At this time she also scored her most successful song, "J'ai deux amours" (1931), and became a muse for contemporary authors, painters, designers and sculptors, including Langston Hughes, Ernest Hemingway, F. Work during World War II[edit] Later career[edit]

5 Important People Who Were Screwed Out of History Books The Man Who Invented Half of What's in Your Medicine Cabinet In general, our relationship with scientists and innovators is pretty hit-and-miss. You'll get the occasional superstar scientist (Einstein, Stephen Hawking, Carl Sagan), and there are other researchers or inventors whom most people know for what they invented (Edison, Bell, Tesla, Turing), but the vast majority of the things we use every day were created by people whose names we never bothered to learn. When we hear a song on the radio we like, we immediately want to know more about the band, but did you ever get curious about the guy or lady who gave you aspirin? Or your crack pipe? Well, the difference between the guys you've heard of and the guys you haven't usually comes down to personality. If you've ever used birth-control pills, or had asthma, arthritis, hemorrhoids, eczema, allergies, chronic lung illness, cancer or weak little baby muscles, you can thank Percy Julian for inventing steroids. Quick! Sorry, Nat.

Some random historical tidbits.. Blackface Stereotypes embodied in the stock characters of blackface minstrels not only played a significant role in cementing and proliferating racist images, attitudes and perceptions worldwide, but also in popularizing black culture.[6] In some quarters, the caricatures that were the legacy of blackface persist to the present day and are a cause of ongoing controversy. Another view is that "blackface is a form of cross-dressing in which one puts on the insignias of a sex, class, or race that stands in binary opposition to one's own."[7] By the mid-20th century, changing attitudes about race and racism effectively ended the prominence of blackface makeup used in performance in the U.S. and elsewhere. History[edit] "Displaying Blackness" and the shaping of racist archetypes[edit] American actor John McCullough as Othello, 1878 First on de heel tap, den on the toe Every time I wheel about I jump Jim Crow. Rice traveled the U.S., performing under the stage name "Daddy Jim Crow". Film[edit] Ballet[edit]