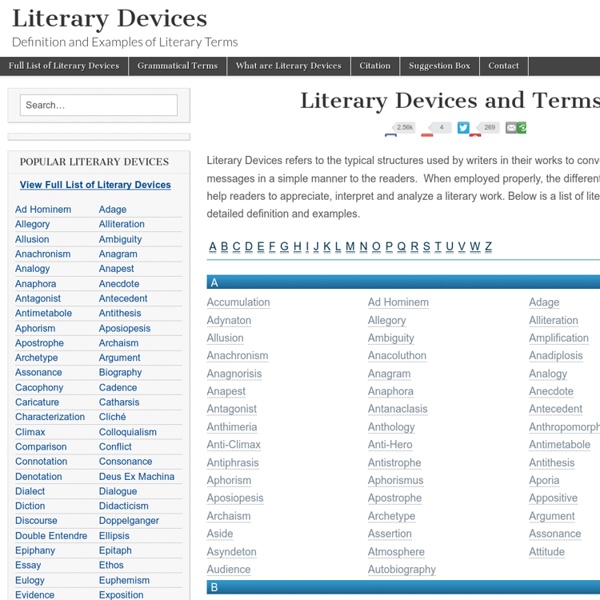 compcolts - English Curriculum Resources Skip to main content Create interactive lessons using any digital content including wikis with our free sister product TES Teach. Get it on the web or iPad! guest NYWF 2015 Callout - National Young Writers' Festival Want to be part of NYWF 2015? Then we want to hear from you! The NYWF team is excited to announce that it is now accepting artist submissions for its 2015 program. Each October, hundreds of emerging and established young writers converge in Newcastle, take over its empty spaces to talk and perform words, create new friends, networks and ideas, and leave feeling energised and inspired. This year we’re going into the deep – to venture into the unexplored crevices of the writing community.

George Orwell’s Nineteen Eighty-Four - The British Library So we’re in the Senate House of the University of London. This is an enormous 1930s tower that dominates the landscape that it’s over, and Orwell was interested in it, his first wife Eileen worked here, and in the Second World War it was the headquarters of the Ministry of Information, which controlled the press, propaganda and censorship. So in many ways very much like the Ministry of Truth in the novel. And he would see this building every day, and it stands proud above its landscape. Great Short Stories for Teaching Theme in Fiction Great Short Stories for Teaching Theme These short stories are excellent for teaching theme in fiction. Use the accompanying writing lesson ideas to engage students. Teaching Theme the Hard Way

The 100 Best Websites for Writers in 2015 Ready to improve your writing — and maybe even make a living as a writer — this year? Our 100 Best Websites for Writers list is back and better than ever. Thanks to your suggestions, this year’s list includes both well-established favorites and bold newcomers. We struggled to whittle it down to just 100 — there are so many fantastic resources out there for writers! — and could probably create a second list of 100 based on all your recommendations. Thank you for taking the time to share your thoughts! theconversation A damning assessment of literacy and numeracy skills in the Australian workforce by the Australian Industry Group indicates 93% of employers are concerned about their workers' literacy and numeracy skills. Blame has quickly been assigned to the education system. Are they right?

J.R.R. Tolkien Reads from The Lord of the Rings and Sings “Sam’s Rhyme of the Troll” in a Rare Recording By Maria Popova In the summer of 1952, sixty-year-old J.R.R. Tolkien (January 3, 1892–September 2, 1973) encountered a tape recorder for the first time, which resulted in some wonderful archival audio of the beloved author reading from The Hobbit. So enchanted was Tolkien with this novel technology that he proceeded to record himself reading much of his work over the years to come. Reader Eugene F.

Seven Tips from Edgar Allan Poe on How to Write Vivid Stories and Poems There may be no more a macabrely misogynistic sentence in English literature than Edgar Allan Poe’s contention that “the death… of a beautiful woman” is “unquestionably the most poetical topic in the world.” (His perhaps ironic observation prompted Sylvia Plath to write, over a hundred years later, “The woman is perfected / Her dead / Body wears the smile of accomplishment.”) The sentence comes from Poe’s 1846 essay “The Philosophy of Composition,” and if this work were only known for its literary fetishization of what Elisabeth Bronfen calls “an aesthetically pleasing corpse”—marking deep anxieties about both “female sexuality and decay”—then it would indeed still be of interest to feminists and academics, though not perhaps to the average reader. But Poe has much more to say that does not involve a romance with dead women.

Who’s the best-equipped superhero? Student research settles ‘superpower showdown’ University of Leicester students use scientific principles to examine the feasibility of the powers behind renowned comic book superheroes – and suggest Superman may have the greatest chance of winning in a fight Issued by University of Leicester Press Office on 10 June 2016 A ‘Character Chart’ of the superheroes - including a list of ability pros and cons for Superman, Wolverine, Mystique, Batman, The Flash, Thor, Iron Man, The Lizard, Spiderman, Ice Man, Silver Surfer and Black Bolt - can be found here (Credit: Mohan Harihar, University of Leicester):

Why is Vermeer's "Girl with the Pearl Earring" considered a masterpiece? - James Earle Special thanks to Sarah Rosenthal for lending her expertise to this script. You can see Sarah's TED-Ed lesson on abstract expressionism here. Though Vermeer has become a popular painter today, he was relatively unknown in his lifetime. Recently, however, there has been plenty of strong research and interesting documentaries including Tim’s Vermeer to expand our knowledge of Vermeer’s techniques. The Mauritshuis Museum also has plenty of resources to help your research as well. How I Read Slush: 3 Lessons for Writers Agents talk a lot about query letter writing and how we manage the slush pile. There’s the flip side of that too: once we request your material what happens? Well today, you get inside my brain.

Very Short Stories For High School & Middle School Howard is an avid short story reader who likes to help others find and understand stories. If your students are struggling to get into the short story, or you're pressed for time, here are some very brief stories to get you started. They're not as short as Hemingway's famous six-word story (For sale: baby shoes, never worn.), but they're manageable even for reluctant readers. Most are under 2,000 words; I've included an approximate word count where I could. If you want to be able to reference a print edition at your leisure, one of my favorites is "Little Worlds" (Amazon). This anthology has 31 short stories for students.

Is it actually ironic? 3 TED-Ed Lessons on irony How many times have you heard the phrase “That’s so ironic,” and wondered, “Wait … is it?” The term is used a lot in our cultural vocabulary and often incorrectly. In response to this confusion, TED-Ed Educator Christopher Warner wanted to set the record straight: What is irony? 8 Classic Storytelling Techniques for Engaging Presentations Via Sparkol.com This post appeared on Sparkle.com on November 28 2014 and was written by Ffion Lindsay. This is an excerpt from the full article, and is reprinted here with permission. Read the full article here.