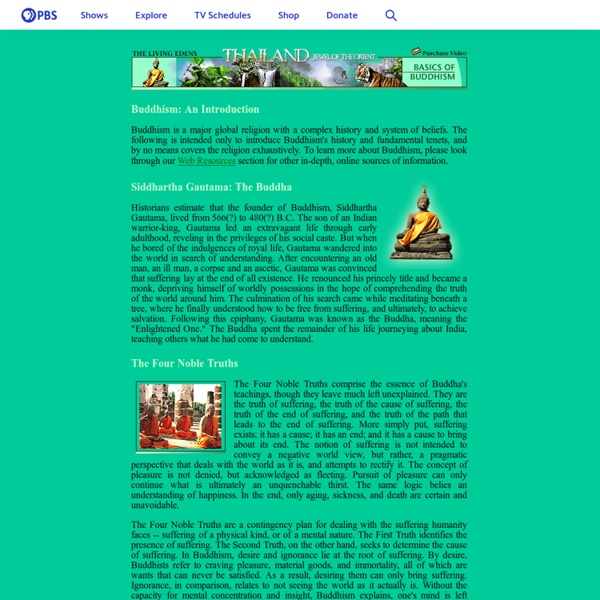 Confessions Of An Atheist -- New Internationalist Confessions of an atheist Belief in God is something most of us either take for granted or simply don't think about. But for others the question of faith is a central concern. Michael Goulder, an Anglican clergyman for nearly 30 years, explains what led him to become an atheist. IN 1981 I wrote to the Bishop of Birmingham to resign my Orders and became an atheist. Not a dogmatic atheist proclaiming that there is no God (how could I know that?) 'One thing is obvious', the confirming Bishop had said then, 'if there is a God, he is the most important thing there is.' But even at Cambridge the 'if' of God's existence was a problem. When I began to study theology, I soon learned that none of these ideas really settled the matter. That was not the answer I wanted to hear. I was soon to discover for myself a distinction which it took years to put into words: one might experience the presence of God, but one might also experience the action of God. Now I was going home in a train. Not to me.

Religions - Christianity: Jesus Siddhartha Gautama - World History Encyclopedia Siddhartha Gautama (better known as the Buddha, l. c. 563 - c. 483 BCE) was, according to legend, a Hindu prince who renounced his position and wealth to seek enlightenment as a spiritual ascetic, attained his goal and, in preaching his path to others, founded Buddhism in India in the 6th-5th centuries. The events of his life are largely legendary, but he is considered an actual historical figure and a younger contemporary of Mahavira (also known as Vardhamana, l. c. 599-527 BCE) who established the tenets of Jainism shortly before Siddhartha's time. According to Buddhist texts, a prophecy was given at Siddhartha's birth that he would become either a powerful king or great spiritual leader. His father, fearing he would become the latter if he were exposed to the suffering of the world, protected him from seeing or experiencing anything unpleasant or upsetting for the first 29 years of his life. An aged manA sick manA dead manA religious ascetic Historical Background Love History?

Buddhism: Introduction As of July 1, 2013 ThinkQuest has been discontinued. We would like to thank everyone for being a part of the ThinkQuest global community: Students - For your limitless creativity and innovation, which inspires us all. Teachers - For your passion in guiding students on their quest. Partners - For your unwavering support and evangelism. Parents - For supporting the use of technology not only as an instrument of learning, but as a means of creating knowledge. We encourage everyone to continue to “Think, Create and Collaborate,” unleashing the power of technology to teach, share, and inspire. Best wishes, The Oracle Education Foundation

A Bite of Buddhism The four sublime mental states are qualities of mind that we cultivate in order to alleviate the suffering we experience in everyday life and to feel more connected to others—and the worries and fears we all share. In the language of the Buddha (Pali), they are called the brahma viharas , which means "the dwelling place of awakened beings." The good news for us unawakened beings is that it's easy to begin cultivating the brahma viharas . Metta . I like to think of metta as the simple act of well-wishing. Sylvia once said that she practices metta by just looking at a person and silently saying, "I love you." Karuna . The Vietnamese Zen master, Thich Nhat Hanh, helped me learn to cultivate compassion for myself. Inspired by his teaching, I consciously cultivate compassion for myself by picking a phrase that speaks directly to whatever the source of my suffering is at the moment: "It's hard to be too sick to go out today," "My sweet body, working so hard to support me." Mudita .

5 Major World Religions - See What These Different Religions Believe about God By Marilyn Adamson We all want to make it through life with success, some sense that we did it right. So what about the major world religions? Is there anything in them that might give our lives greater depth and direction? The following looks at the major world religions... *Each of these religions has sects with differing beliefs. Most Hindus worship one Being of ultimate oneness (Brahman) through infinite representations of gods and goddesses. Hindus believe their position in this present life was determined by their actions in a previous life. A Hindu's goal is to become free from the law of karma...to be free from continuous reincarnations. Hinduism gives a person freedom to choose how to work toward spiritual perfection. New Age promotes the development of the person's own power or divinity. Highly eclectic, New Age presents itself as a collection of ancient spiritual traditions. Buddhists do not worship any gods or God. Are all religions worshiping the same God?

Religious pluralism Religious pluralism is an attitude or policy regarding the diversity of religious belief systems co-existing in society. It can indicate one or more of the following: As the name of the worldview according to which one's religion is not the sole and exclusive source of truth, and thus the acknowledgement that at least some truths and true values exist in other religions.As acceptance of the concept that two or more religions with mutually exclusive truth claims are equally valid. This may be considered a form of either toleration (a concept that arose as a result of the European wars of religion) or moral relativism.The understanding that the exclusive claims of different religions turn out, upon closer examination, to be variations of universal truths that have been taught since time immemorial. Definition and scope[edit] Religious pluralism, to paraphrase the title of a recent academic work, goes beyond mere toleration. History[edit] Bahá'í Faith[edit] Buddhism[edit] Christianity[edit]

Confucius and Confucianism May 8, 2021 © Ulrich Theobald Confucius (latinized from Chinese Kongzi 孔子 or Kongfuzi 孔夫子 "Master Kong", 551-479 BCE), Chinese name Kong Qiu 孔丘, courtesy name Zhongni 中尼, was the most important Chinese philosopher. He is traditionally seen as the father of the philosophical school of Confucianism (rujiao 儒教), although the tradition of the experts on rituals (ru 儒) - sometimes rendered in English as "ruists" is much older than Confucius himself. The term ru 儒 There were "Confucians before Confucius" (Rosenlee 2006). It is not known from which time on ru (or ritual) experts existed, but they might have originated in very early times. Scholars of the early 20th century tried to find out the real origin of the ru experts. After Confucius' death many other philosophical schools emerged (the "hundred contending schools") that offered different concepts for the ordering of society. Biography Confucius died in 479. Aspects of religion The Philosophy of Confucius Kindheartedness (ren 仁) Sources:

Monsoons at mrdowling.com Siddhartha Gautama was a prince who lived in the kingdom of Sakyas, near the present day border of India and Nepal, more than 2500 years ago. The young prince was raised in great luxury, but he was not happy. He wanted to understand what caused human suffering. He did not understand why some people were rich and others were poor. Why some people were healthy and others sickly. Siddhartha left his palace and lived as an ascetic. Siddhartha told other people of his enlightenment. The Buddha taught his followers to seek balance in their lives. neither through indulgence nor denial, but a “middle way.” Buddhists look within themselves to find peace; they believe they can find the path to Nirvana through meditation and karma. The Buddha did not want his teachings to replace other faiths, but today over three hundred million Buddhists in all parts of the world adhere to his philosophy. Download this lesson as Microsoft Word file or as an Adobe Acrobat file. c\

Triratna Buddhist Community The Triratna Buddhist Community (formerly the Friends of the Western Buddhist Order (FWBO)) is an international fellowship[1] of Buddhists, and others[2] who aspire to its path of mindfulness, under the leadership of the Triratna Buddhist Order (formerly the Western Buddhist Order). It was founded by Sangharakshita in the UK in 1967,[1] and describes itself as "an international network dedicated to communicating Buddhist truths in ways appropriate to the modern world".[3] In keeping with Buddhist traditions, it also pays attention to contemporary ideas, particularly drawn from Western philosophy, psychotherapy, and art.[4] Worldwide, more than 100 groups are affiliated with the community, including in North America, Australasia and Europe. The community has been described as "perhaps the most successful attempt to create an ecumenical international Buddhist organization,"[8] and "an important contributor to Buddhism on the world stage. Practices and activities[edit] These phases are:

Major religious groups The world's principal religions and spiritual traditions may be classified into a small number of major groups, although this is by no means a uniform practice. This theory began in the 18th century with the goal of recognizing the relative levels of civility in societies.[1] World map color-coded to denote major religion affiliations (as of 2011[update]) History of religious categories An 1821 map of the world, where "Christians, Mahometans, and Pagans" correspond to levels of civilization (the map makes no distinction between Buddhism and Hinduism). An 1883 map of the world divided into colors representing "Christians, Buddhists, Hindus, Mohammedans and Pagans". In world cultures, there have traditionally been many different groupings of religious belief. Daniel Defoe described the original definition as follows: "Religion is properly the Worship given to God, but 'tis also applied to the Worship of Idols and false Deities Classification Religious demographics Largest religious groups Notes

Confucius—facts and information An ancient Chinese text recorded the height of Confucius as nine feet six inches tall. While that document may have exaggerated his physical size, there’s no doubt that Confucius was a teacher and philosopher of tremendous stature. His ideals have become intrinsically entwined with the national identity of China and the civilization of East Asia. The individual known in the West as Confucius was born Kongqiu in 551 B.C. near Qufu, in eastern China. His family may once have been aristocratic, but they apparently fell on hard times, because he took menial jobs as a young man. Love of learning Confucius showed a zeal for academics early on. Confucius believed that education and reflection led to virtue, and that those who aspired to command others must cultivate discipline and moral authority in themselves. He tried for years to reenter public service in order to improve it from within, but he found far greater success as a teacher instead. Spreading his wisdom Qufu, Confucius's hometown